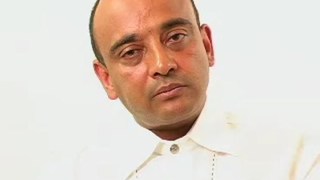 We must redesign world economies so the poorest can lead decent lives, says Appiah.

Kwame Anthony Appiah: By resources I don’t just mean water, and money, and food. I mean including political contexts and institutional context, to live a decent human life.

Because we’re all responsible for one another; because we have a shared responsibility for each other and for the planet, those two problems are problems that everybody should care about. We should care to think about the fact that there’s a billion people who live on the equivalent of less than a dollar a day. And that’s barely living. And they certainly don’t have the opportunity to make the sorts of choices in their lives that give life meaning; that answer the ethical question of, “What is it for a life to go well in a in a positive way?”

I don’t think the question of the poorest, let’s say the poorest million people -- it won’t be settled adequately by, as it were, sending a check to somebody. We have to reshape the world, because in the end people are only going to be able to have the resources for a life of significance if they are making and doing things that sustain their own lives. Receiving a sort of dole check from somebody somewhere is okay for staving off starvation, but that isn’t the basis for a decent life.

So we have to figure out how to reshape the economy of the world, and through that the economies of the poorest places of the world so that people have meaningful things to do, which can allow them to not only eat, and be sheltered, and not to be sick too much of the time, but also to live lives of significance.

And these two questions are obviously interconnected, but unfortunately, each of the other makes the other one harder.

The environmental problem means that certain forms of growth, which might have allowed us to create the wealth to grow out of the inequality problem, are no longer in the long run sustainable.

And the poverty problem means that many people in the world need to be using more of the world’s resources, not less. And so that means that some of us are going to have to use less given the environmental constraints. And that is a hard sell.

I admit it’s a hard sell to me. I live a comfortable life in a very rich country which I enjoy enormously. I plant trees in order to lessen my guilt about the carbon burden that I place on the planet, for example. So I’m doing my little bit there. But in order to plant the trees, I have to own a garden.

I don’t think it’s bad thing in and of itself that Bill Gates has much more than everybody else. So I’m not preoccupied with the leveling down in order to make everybody have the same access to resources. If there’s a way for Bill Gates to get his fair share while everybody else is getting what they are entitled to, and that fair share turns out to be 10, 20, 30; I don’t care if it’s 30 billion dollars.

What I do care about is that there are a billion people who don’t have what any reasonable standard, the minimum necessary to lead a life of human significance. I’m glad to say that Bill Gates cares about that too, which is why he’s spending hundreds of millions of dollars on some of the problems of the world’s poor, and more power to him.

I don’t think any of this is controversial. I think most sane observers would agree that we face these problems. And it’s not a partisan matter. Republicans and Democrats in the United States both are clear that we have to do something about the environment, and the global inequality--something needs to be done about it. We need to restructure the global system in ways that give everybody a shot at a decent life.