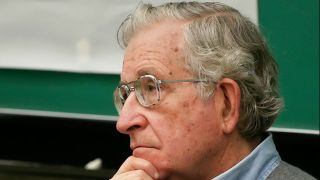 The Ethics of Protest

Question: What ethical dilemmas have you faced and how did you resolved them?

Noam Chomsky: There's fundamental questions that are arising all the time.  Like, how do I distribute my work and energy and effort?  Every minute of the day you have to face such questions.  Sometimes they're—I wouldn't exactly call it an ethical dilemma, but—although I guess it is.

For example, in the early '60s, I had to make a really hard, for me, hard decision.  Should I start becoming really active, instead of just talking, in critical human issues that were arising then?  The war in Vietnam, the growing war in Vietnam, civil rights movement, many others.  So should I become really active in those or should I devote my time and energy to very exciting intellectual work and to my growing family?  I had little children.

I knew perfectly well that you can't just put your foot in it and walk away.  If you get started, it's a growing commitment.  And my wife [Carol Chomsky] and I had to work that out in some fashion.  It was not simple.  In fact, at one point, she actually had to go back to college after 17 years because it looked as though—if I might serve a long prison sentence and we had three kids to take care of.  Well, there's decisions, that's a serious decision, but there are lots of others all the time.

Noam Chomsky on Love: “Life’s Empty Without It”