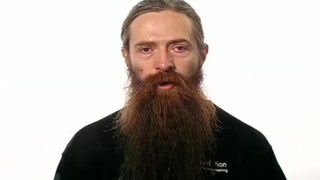 The Economics of Immortality

Radical life extension would have a huge impact on the economics of society—possibly a dangerous one. Aubrey de Grey explains why he remains optimistic that the economy would adapt well to the drastically new paradigm presented by human immortality.

Question: How would radical life extension affect the world economy?

Aubrey de Grey: There are an awful lot of things that we don’t know at this point about what the world would like in a post-aging scenario where we no longer had aging, but one thing we can say pretty confidentially is that the economic benefits would be enormous and would vastly outweigh any economic turbulence that might arrive. The fundamental reason we can that is because aging is not just miserable; it’s also really, really expensive. The average person in the industrialized world, as long as they live over the age of about 60; they actually have more money spent on their medical care in the last year of their life than in the whole of the rest of their life put together, and that’s irrespective of how old they are when they die, and that’s just because they’re in a bad way during that last year. So we’re saving all that money by doing this, and of course, we’re spending some of that money by actually administering this preventative maintenance medicine sort to speak; this rejuvenation medicine that I’m talking about, but a fraction of it because prevention is better than cure—that’s just how it is. And of course that’s an underestimate of the situation because once people are maintaining youthful adult health however old they are; then of course they’re not just not consuming medical they’re also contributing wealth to the economy whether by staying in the workforce or by more indirect means, so the economic benefits will be absolutely immense.

Question: Wouldn’t we simply be delaying these expensive diseases?

Aubrey de Grey: So it’s really important to understand the concept of what I call longevity escape velocity here. When we postpone aging using techniques that slow down the rate of accumulation of these lifelong side effects of metabolism and thereby postpone the age at which pathology emerges and progresses; then we still have a period of life at the end where things are bad. And indeed that period may even be extended. But those aren’t the sorts of therapies that I’m working on. I’m working on therapies that actually reverse aging; that repair the various accumulating types of molecular and cellular damage, and therefore, we’re in a situation where we can postpone the onset of pathology. Now what that means is that we’re constantly buying time to actually postpone it more and more. As time goes on, the problem of postponing the onset of pathology becomes intrinsically harder because certain things that we still haven’t worked out how to fix are accumulating, and the reason we haven’t worked out how to fix them is because they’re intrinsically harder to fix, but set against that is our ability to improve the comprehensives of our technologies by simply doing more research and figuring out how to fix increasingly more difficult things. And my view is that by the time that we get to a point of even 30 years of postponement of aging the addition of 30 healthy years to the lives of people who are, let’s say, 60 when we start we will be there. We will be at the point where technology is moving forward easily fast enough to stay one step ahead of the problem indefinitely, so absolutely there will not be a period that will reach at the end of life where we still have this frailty and everything. We will simply live until we succumb to the sorts of things that young people succumb to today which of course predominantly are very rapid causes of death rather than chronic gradual ones.

Question: Would we be in danger of overpopulation issues?

Aubrey de Grey: One of the biggest things that comes up when we talk about sociological consequences of defeating aging is the possibility of overpopulation. Certainly it’s clear that if we were to develop these therapies and they were to be used worldwide then the overall global death rate would come down very sharply very quickly, and therefore, of course, the overall birth rate would have to come down too in order for us to avoid a population spike. Now the question then is how bad is that as a scenario; could we do it; would we do it and so on. Now I actually think that there’s lots of evidence to suggest that we won’t have a problem; that actually the birth rate will naturally come down fast enough that they’re won’t be a problem because for example it’s very likely that women who are currently in the industrialized world delaying the birth of their first child until their mid 30s or whatever will simply delay it more for the same reasons that they’re delaying that long already. They’ll delay it more when they can, in other words we when don’t have menopause anymore which is one of things that we’re going to have as a result of all of this, and that makes an enormous difference to the birth rate. Another thing that we need to bear in mind is that it’s actually not for us to decide, to anticipate what’s going to happen. What we should remember is that we already have a problem; we have a problem of 100,000 people dying every day and dying miserably as well from the problem of aging, so it’s our absolutely clear moral obligation to develop these therapies as soon as possible and give humanity of the future the option to use these therapies, and if they find that it’s really miserable having not very many children around and they prefer actually to have aging the way it’s always been; then that’s their choice. But if we don’t develop these therapies, then we’re imposing that choice on them and condemning them to an unnecessarily early and unnecessarily miserable death on the basis of our choices and that’s morally unacceptable.

Question: Should today’s health care debate include an anti-again discussion?

Aubrey de Grey: I think it’s absolutely essential that today’s health care debate should be looking at the prospect of combating aging and indeed the long term prospect of combating aging really thoroughly the way that I describe and the way that our research is moving towards. At the moment there is some effort on Capital Hill trying to make that happen, but the effort is far too marginal at the moment. It needs to be amplified enormously.

Aubrey de Grey: I think that the chance of an increased or indeed even a maintained inequality in society with regard to access to medical treatments is very, very low indeed in the developed world and also actually in the, if you like, the second world so China and India for example which are going to be in the developed world by the time we’re talking about in a couple decades. The reason I think it’s extraordinarily unlikely is simply because being old and frail is really expensive for society. We spend an incredible amount of money on keeping people alive in a frail state for an extra couple of years after they get into that state, so it will be far better once we have the technology to spend a little bit of money stopping them from getting into that state in the first place and thereby preventing need to spend all this money on their medical care when they’re in a bad way. That of course is just one aspect of how economically important it will be to use these therapies on everybody.

Another aspect is that people who are healthy are in a position to carry on contributing wealth to society whether in the workforce or more indirectly as well as not consuming wealth by consuming medical care, so all in all it would be economically utterly suicidal for any nation that can afford it not to make this therapy available, free at the point of delivery to anybody, and that applies irrespective of the society’s idea to taxation or whatever. We can just look at basic education today. We can see that even in a real tax-averse society like the U.S.A. basic education is free for everybody. It’s free for everybody because it’s an absolutely important necessary investment in the nation’s future.

Meet Those Opposed to Living Forever