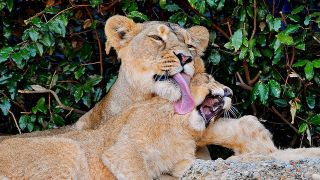 The Difference Between Taste and Flavor

Taste refers to our five sensitivities — sweet, sour, salt, bitter, and umami — while flavor is a “hedonic” sense involving smell, texture, and expectation.

Question: What is the difference between taste and flavor?

Stuart Firestein: So taste really refers to four... really five I suppose sensitivities and that’s sweet, sour, salt, bitter, the four well known ones and a relatively new taste sensation called umami, at least new in the West. It’s been known in Asian cuisines for quite some time, since at least the early 1900s when it was first discovered by a Japanese biochemist. And umami is actually the taste of glutamine. I should say umami is a Japanese word that means savory and it’s actually the taste of the molecule glutamate, which is an amino acid. We’re all made of 20 amino acids. One of them is glutamate, so lots of us have glutamate in them. Other animals, plants and so forth. You find very high concentrations in meat, but also in many vegetables and fruits like tomatoes for example. It’s a taste that has come to be recognized in the West—at least largely I think because of the influx of Asian cuisine over the last couple of decades. And so we now recognize it and we recognize there is a molecular process for sensing umami as well, which I’ll talk about in just a moment. So those are the four or rather, the five tastes: sweet, sour, salt, bitter and umami.

Flavor is another animal altogether in a way. Flavor is what we call a hedonic sense in that it is really a combination of several different senses: the five tastes, but also in a very important contribution from your olfactory or smell system. In fact, it’s estimated that about 85% of what we perceive of as flavor is really olfactory. It’s the sense of smell, which is why of course when you have a cold food doesn’t seem very appealing, because you don’t smell it or you don’t smell much of it and then you’re left with just sweet, sour, salt, bitter and umami.

Also important are things like temperature, so some foods taste correct at one temperature and taste not so good at another temperature. Also important is "mouth feel." You don’t like a food that you don’t expect to be slippery or slick to be slick or slippery, and of course carbonation and things like that make some beverages better or worse. So all of those things come together and give us this, as I say, hedonic sense of flavor and that’s much more complex than either taste or olfaction on its own.