Salman Rushie: ‘Write for readers, not for critics’

"You get to this age, you realize that there are people who will not like what you do no matter what you do," says Booker Prize-winner Salman Rushdie.

Salman Rushdie is a British-Indian novelist and writer, author of ten novels including Midnight’s Children (Booker Prize, 1981), Two Years Eight Months and Twenty-Eight Nights, and The Golden House. The publication of his fourth novel "The Satanic Verses" in 1988 led to violent protests in the Muslim world for its depiction of the prophet Mohammad. The Supreme Leader of Iran, Ayatollah Khomeini, issued a death fatwa against Rushdie, which sent him into hiding for nearly a decade. Rushdie weathered countless death threats and many assassination attempts.

SALMAN RUSHDIE: You can't really afford to think about criticism when you're writing the book. It's actually just too hard to write the book, to try to also second guess how people will respond to it. But I think I have quite a good sense of readers. And I think as I've got older I've become more and more interested in exactly how people read and what is likely to put them off and what is likely to entice them. And I've become sort of more conscious of the reader, you know. I think when I was younger I was just doing my thing and if readers showed up that was fine and if not that was fine too. I had a kind of very much tougher attitude towards it. But now I'm really interested in reading, in the phenomenon of reading and how, if you give people information in the correct sequence, you can tell them very complicated things, you know, and they'll find those things accessible and relatable and they'll want to find out. I mean, for instance, in my case, I've always thought that comedy helps a lot. I think if you can make people laugh you can tell them almost anything. And if you can't make them laugh there's not a lot they want to listen to. So that's one thing. But critics, I mean, a kind of critical response I really, you know, I can't think about. I mean, you get to this age you realize that there are people who will not like what you do no matter what you do.

So I know that I could write the best book I've ever written and there will be some people who just won't like it and that's fair enough, you know. That's why there are many different kinds of books in bookstores, so people can choose what they like. So I don't bother with that too much. I really don't bother with critical response. I also think you get to a point when you've written a number of books where you become quite clear about the direction you want to go in. So my view is: I'd like to go this way at the moment and I really hope that you'd like to come along. I really hope that you would enjoy the journey and so on and so on, but if you, for whatever reason, can't come along on that journey then I'm still going this way. And then you just take what comes. I think, on the whole, I've had a pretty even break. I could tell you usually in advance where I'm going to get trashed and I'm usually right. But I sort of don't care.

I mean, I remember in a kind of pre-Internet age there was a point where various literary magazines used to publish reviews anonymously and most famously the Times Literary Supplement would never name its critics. The idea being that it was simply the Times Literary Supplement that was giving its opinion of your work rather than any individual. And then at a certain point, I guess in the '80s they changed that policy and started naming the critics. And immediately, immediately, the reviews became much more courteous because the person, the critic's name was attached.

There's no doubt that the way in which we live in and with the internet is semi-fictional. For a start, people use false names all the time so people are constantly operating under pseudonyms and therefore they can invent selves; they can invent selves to be on the Internet without anybody questioning that. And I think that can be good and bad. I think clearly what happens in parts of the world which are less open societies than this one, that anonymity allows people to express themselves without fear. And I think there's a kind of playfulness to it, you know. You invent yourself some crazy name and you can perhaps be a slightly different person in that persona than you might be able to be as yourself. So I think there's a lot to be said for it. I mean I like both the playfulness and the kind of liberation aspects of it.

The one kind of worry I have about it, about some anonymous users of the internet is that that's what creates in a way the phenomenon of the troll. Because you can be completely secure behind the screen of your imaginary name you can be very, very rude. I fear sometimes that we're enabling a generation of very rude people who can talk on the internet in a way that they would never talk if they were in the room with you. So that's my worry about it. But I think on the whole, you know, it is a playful space. It's a space where people like to be inventive and imaginative about themselves and the technology allows them to do it. 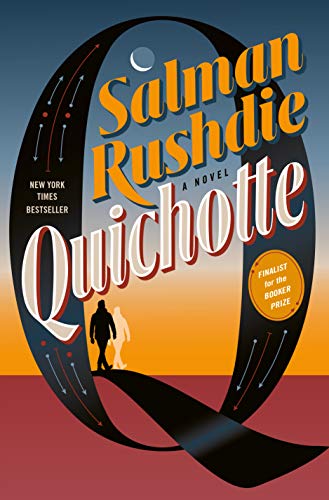