Ryan Holiday is a media strategist and prominent writer on strategy and business. After dropping out of college at 19 to apprentice under Robert Greene, author of The 48 Laws[…]
Go to Profile 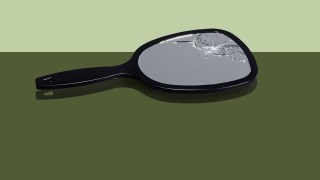 The Crucial Difference Between Confidence and Ego: One Is Earned, the Other Is Imagined

The advertising legend Ryan Holiday, who maintains a humble profile, speaks to the difference between confidence and ego, exposing the latter as a thin veneer concealing weakness.
▸
4 min
—
with
Ryan Holiday

The ability to believe in oneself is great, but when that belief is over-asserted or based on delusions, ego, or “the enemy” as author and media strategist Ryan Holiday calls it, arises. Holiday’s newest book Ego is the Enemy is an anthropology of the ego, and it shows that while confidence enables one to strive forward and reach new heights, ego can be detrimental and stunt accomplishment.

Ego can cause people to react emotionally and with reckless abandon when challenged even slightly. Being so arrogant to the point of being unable to receive any feedback, or lacking the empathy needed to care about doing a great job, puts that person at a severe disadvantage; nobody wants to work with someone like that, and when interactions with peers become nearly impossible, the quality of the work decreases.

Take a famous egotist like Steve Jobs. There’s no doubt that Jobs was a genius, but his need for control and compulsion for everything to be exactly the way he wanted it led to his tumultuous relationship with Apple. While Jobs revolutionized personal computing and created an iconic brand, his ego made him so impossible to work with that he was eventually forced out of the Macintosh department, his pride and joy. Apple is a huge success thanks to Jobs’ genius, but his humiliation came at the hands of his ego. Perhaps the common conception is true, that Jobs only succeeded because he was so controlling and aggressive in his vision, but imagine what more he may have achieved had he been an open and pleasant person to work with.

Holiday also points out that this inability to process information rationally leaves caverns of room for dangerous situations. To an egotist, something as simple as an insult can trigger a compulsion for retribution that could quickly spiral out of control, and in a world where arrogance is often mistaken for strength, an egotist in power could have some detrimental ramifications.

Ryan Holiday’s most recent book is Ego is the Enemy.

Ryan Holiday:  One of the things that psychologists talk about is threatened egotism, what happens with someone who has a very strong sense of ego is challenged in some fundamental way. So you can take – one of the stories I tell in the book that I think is interesting is there's this famous encounter between Angela Merkel and Vladimir Putin. And in an attempt to intimidate her in a state meeting he had heard that she was afraid of dogs. So he lets a dog come into the room in an attempt at basically to intimidate and to scare her. And so if Angela Merkel had been coming from a place of ego and obviously from fear she's going to react to this sort of petty attempt at intimidation with perhaps an attempt of her own with some saber rattling with any number of these things.

But instead she's got a sense of confidence I would say instead of ego that she's not going to react emotionally to this. She's not going to take it as a threat to her honor. It's not going to escalate into being more than what it is, in fact she ends up making a joke about it and it makes Putin look like the weaker bully in this case. But you can see how a different leader when this is revealed, when this attempt to do something is revealed would react in a dangerous way. You could think of one of the examples they use when they talk about threatened egotism is like a gang member whose honor is impugned, the way that they respond is obviously terrible for both parties involved. They escalate a verbal wound into violence and makes a non-serious situation into a serious one. And so what I'm trying to talk about then is if we have this sensitive ego and we're able to be wounded and instead of looking at that wound and sort of seeing it for what it is, we have to react emotionally. We have to react to compensate for the way that we feel that we've been harmed. It can create really dangerous situations very quickly. And often we think ego is supposed to be strength, but in fact it's a just a sort of veneer for a profound weakness and it's the compensation for that that creates bad situations.

There's a wonderful Bill Walsh quote about ego he says, "Ego is when self confidence becomes arrogance, self-assertiveness becomes reckless abandon and so forth." He saying it's sort of passed the point of any reasonable utility. Confidence is great, arrogance is not great. Or Sero Connolly is saying ego like cancer is sort of an over assertion of cells and that's sort of what I see ego is. It's great to believe in yourself, the problem is when your belief in yourself is not based on anything real. And so that's the enemy of trying to do basically anything that requires interacting with other people.

If you're creative and you're not able to take feedback because your ego is either so strong or you're not able to take feedback because you don't care what anyone thinks your work is not going to get any better. If you don't care about your audience, you don't understand who they are and what's going on in their life because you lack empathy, which is another symptom of ego, your work is going to suffer. If you can't work with other people because you're selfish and you have to be the center of attention at all times you're not going to have a team around you. So it basically makes anything that we're trying to do harder than it already is.