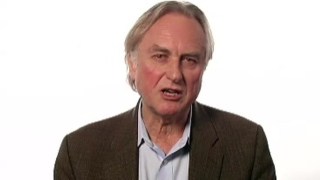 Richard Dawkins remembers when he broke with this pattern and became an atheist, outlining his vision of the acceptable, evidence-based faith.

Question: When did you first realize you were an atheist?

Richard Dawkins: I think first the realization that there are lots of different religions, and they can't all be right. And the Christian one in which I was brought up was clearly only one of many. But that didn't finally make me into an atheist. What finally made me into an atheist was the realization that there was no scientific reason to believe in any sort of supernatural creator. And that came with the understanding of Darwinian evolution.

Question: Do scientists ever need faith?

Richard Dawkins: Not in the sense of faith as meaning belief in something for which there is no evidence. There are various senses of faith in which we do -- scientists do participate. There's branches of science which I don't understand; for example, physics. It could be said, I suppose, that I have faith that physicists understand it better than I do. And so when I say something that physicists tell me, such as that there was nothing before the big bang -- they're not allowed to talk about the word "before" in the context of the big bang -- I sort of have faith that physicists understand enough to be allowed to say that, even though I don't understand why they're allowed to say that. But it's not blind faith; it's not faith in the absence of evidence. It's faith that's based upon confidence in the scientific method, in the scientific peer review process, the fact that I know that there are other physicists who can test, verify, criticize the views of any one physicist. So it's not the same as religious faith, which is based upon no evidence at all.

Question: Why do so many people on earth have religious faith?

Richard Dawkins: Well, it's certainly true that so many people do have religious faith, not just individual people. Not all individual people do, but all cultures -- I think I'm right in saying that all peoples -- in the plural -- have had faith, religious faith of some kind. They believe in some kind of supernatural gods or goddesses or leprechauns or whatever it might be. Why do they have it? Well, I think it's very tempting -- when you don't really understand what's going on, when you're ignorant of the world, when you find yourself surrounded by a wonderful world, a puzzling world, a mysterious world, a frightening world -- it must be quite tempting to put your faith into a supernatural being of some kind.