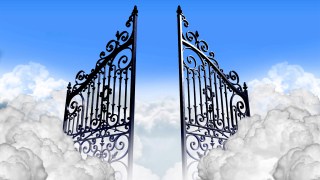 Your Brain in the Cloud: Access the Internet Directly with Your Mind

Technologist and futurist Ray Kurzweil says our brains, as complex as they are, are constrained by an upper limit of 300 million “pattern recognizers.” But our future, cloud-based “virtual brains” will have no such constraints.
▸
1 min
—
with
Ray Kurzweil

What if we could reverse-engineer the pattern-recognition units of our brains? Technologist and futurist Ray Kurzweil sees this as an imminent possibility, which would enable us to build virtual, cloud-based extensions of our minds with exponentially greater ability to organize and analyze information.

Ray Kurzweil is one of many ahead-of-the-curve speakers at 2015’s Exponential Finance conference, June 2-3 in New York City. Co-produced by Singularity University and CNBC, Exponential Finance provides insight into new technologies that leaders need to understand in order to make the most of the accelerating change happening across business sectors.

Ray Kurzweil: We have 300 million pattern recognizers in the neocortex by my estimate. That hierarchy we build ourselves, each of these pattern recognizers capable of connecting itself to other neocortexes, to build its hierarchy. We build that hierarchy from the moment we're born or before that. We're constantly building it, but we run up against this limitation of 300 million. We'll be able to extend that and think in the cloud.

Just like the cloud could give you a thousand or a million computers in tenth of a second, you need another billion pattern recognizers, you'll be able to access that in the cloud.

The Ancient Greeks Knew a Thing or Two About Happiness