Dr. Laitman received his PhD In philosophy and Kabbalah from the Moscow Institute of Philosophy at the Russian Academy of Sciences, and his MSc in Medical Cybernetics from the St.[…]
Go to Profile 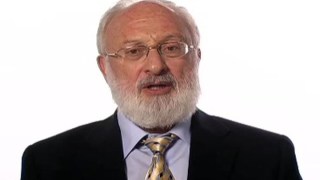 The Kabbalah expert explains the origins of Kabbalah and its basic beliefs.

Question: What are the basic precepts of Kabbalah?

Michael Laitman: The wisdom of Kabbalah originated in ancient Babylon, where people discovered it for the first time. It talks about the foundations of the universe of the world. And thus far, only very few people have engaged in it through the generations, but it’s been around for four and half thousand years.

But now, it is evolving and emerging because, now, we need this wisdom. And because it was hidden and closed all those years, around it, all kinds of beliefs and incorrect rumors were made about it, all kinds of misconceptions, like the wisdom of Kabbalah is a science about our lives, about the universe, about the world.

And because it was hidden for so many years, people thought that it was about mysticism, magic, misconceptions.

In the wisdom of Kabbalah, there is knowledge about the whole universe, as I said. Currently, it is taught in 1,800 faculties worldwide, in universities. I, myself, did my PhD in Philosophy in Kabbalah and have been with students who study in universities who’re also doing PhDs in that.

It is not the red bracelet or holy water Kabbalah, type of Kabbalah, or the celebrity type. It’s totally not that, it is incorrect.

Kabbalah is a very serious, vigorous science. And in our organization, we have many scientists from all fields of science, Psychology, Physics, Medicine, etcetera, and as of late politicians too and economists. Because the recent crisis, actually, demands of us to provide an answer why this is happening from the Kabbalah perspective and how it can be resolved.

Question: What is ego in Kabbalah?

Michael Laitman: Kabbalah says that we are in an enclosed nature. We are under one law and the whole of humanity is like one family. And we need to get along as members of the same family.

And the wisdom of Kabbalah explains that human evolution comes through augmentation of ego from one generation to generation, and still vegetative inanimate inanimate in nature. Their egos don’t increase, don’t augment overtime.

But human beings from generation to generation, constantly… their egos constantly grow even through one’s personal life. Hence, or changing our technologies or societies. We’re changing the world around us and it’s all because your augmentation of the ego.

But now, we’re in a situation that our ego has become so overblown, that it’s become global, integral. And that forces us to understand that we have this reciprocal relation between us and we have to find a new kind of order between us. Not based solely on competitive and exploitation but also how to connect correctly with each other. Otherwise, we’ll destroy the world.

Because what’s happening today is that we touch certain places in the world but we don’t know why we get the wrong kind of feedback in other places. That’s why when Kabbalah reveals the picture of the world to us, it positions opposite nature in a very realistic manner and helps us maintain our correct sort of life.

If people knew today what Kabbalah suggests, we would not be in this current crisis or in previous crises. We have a crisis in education and culture and family life. There are divorce rates that are soaring; children leaving home. Depression rates are soaring too; drug abuse; terrorism and global terrorism. All these problems are because we don’t feel the world. In other words, what nature wants of us.

That’s why, today, Kabbalah is emerging as a means to explain that so we can conduct a life of harmony among ourselves.