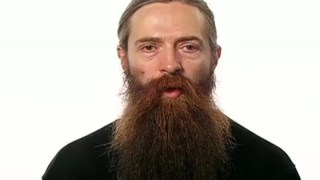 Meet Those Opposed to Living Forever

Aubrey de Grey explains that his work on eliminating aging has encountered a surprising amount of criticism—and has also attracted an unlikely group of supporters.

Question: Where do find the most resistance to your ideas about immortality?

Aubrey de Grey: There are two types of resistance that I encounter, and they’re very different from each other. In the wider world, I encounter knee-jerk resistance about the desirability of postponing aging, and this arises principally from the way that it’s portrayed in the media. In the media, there’s a tendency to try to make everyone feel, if you like, comfortable with what they’re hearing or what they’re reading, and the whole prospect of postponing aging doesn’t make people feel comfortable because they’re worried that it won’t be in time for them, so there’s a tendency in the media to try and portray this a little bit as entertainment, as science fiction and to be a bit tongue-in-cheek about it. And the way that tends to be done is by emphasizing the longevity aspect and using words like immortality in the title of articles; things like that. Whereas in fact, of course that’s the wrong emphasis; the emphasis ought to be on health because I don’t work on getting people to live a long time for the sake of living a long time. I work on keeping people healthy, and the only difference between what we do in my foundation and what the rest of the medical profession does is that we think we’ve got a respectable chance in the next few decades of keeping people healthy so well that they will actually maintain the mortality rate; the risk of death per year that young adults have which means of course as a completely adventitious side benefit they will live on average a great deal longer than people live today, but that’s a side benefit; that’s a key thing. I work on keeping people healthy not on keeping people alive.

Within the medical professional, especially within the biologists profession, I encounter resistance mainly from gerontologists; people who call themselves gerontologists and feel that they are studying aging, and the reason I do is because the types of science, the types of medical intervention that I think are going to work against aging are ones that have not been developed within gerontology. They come under the general heading of regenerative medicine, and they’ve been developed and they are being developed mainly for the purposes of addressing other specific diseases and other conditions rather than aging. The people who work in regenerative medicine are very interested in the applicability of their work to aging, but the people who work in aging conversely are not very educated about what’s being done in regenerative medicine, and so they’re over pessimistic about what’s going to happen. And that’s why they tend to have over pessimistic reactions to what I say

Question: Where do you find the most support for your work?

Aubrey de Grey: Well, there are certain communities that seem to be particularly supportive and particularly active in their support, and actually it’s not all that easy to explain why. There are three communities that particularly are over represented among the supportive of this work. I’d say professionals, libertarians and Canadians; I just don’t get it, but that’s how it is, and you know as far as I’m concerned that’s great, but actually support is of course broadening all the time. In the scientific word, the support is broadening as we make progress in I guess mutual education and getting people who study aging and people who study regenerative medicine to talk to each other and to get a feel for the nature of the problems that are being worked on and the nature of the solutions that are emerging.

So You Think You Can Play Poker?