Maajid Usman Nawaz is a British activist, author, columnist and politician. He was the Liberal Democrat parliamentary candidate for London's Hampstead and Kilburn constituency in the 2015 General Election. He is also the co-founder and chairman of Quilliam, a[…]
Go to Profile 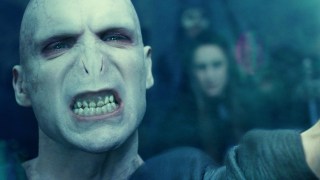 Author and peace activist Maajid Nawaz argues that we too often treat radical Islam with kid gloves. While our good intentions make us sensitive to the Muslim faith, and keep us from labeling its violent members as radical practitioners, it does society a grave disservice.
▸
4 min
—
with
Maajid Nawaz

Author and peace activist Maajid Nawaz argues that we too often treat radical Islam with kid gloves. While our good intentions make us sensitive to the Muslim faith, and keep us from labeling its violent members as radical practitioners, it does society a disservice.

Odd as the comparison may sound at first, it’s the same disservice that members of the Hogwarts community do by refusing to mention Voldemort’s name. By refusing to label him, they prevent an open and honest discussion from taking place about possible solutions. And that is where Muggle society finds itself today in regards to radical Islam.

Maajid Nawaz: These people that I refer to as the subsection of the left I refer to as the regressive left have good intentions. I recognize that. I also recognize that the road to hell is paved with good intentions and I think it’s important to understand that I am a Muslim. I’m born and raised a Muslim and every single grievance that my fellow well-intentioned liberals are worried about that a Muslim may have, I have experienced. They worry about racism. I’ve had Neo-Nazis come at me with hammers and knives and machetes. I’ve had to watch friends stabbed before my eyes — friends had hammers put to their heads. I’ve seen all of this growing up. I’ve witnessed this and I’ve experienced it. They’re worried about the war on terror. Well I’ve been a victim of the war on terror. I’ve witnessed torture in an Egyptian jail. I’ve been interned without charge and eventually I’ve been a prisoner of conscience adopted by Amnesty International. They’re worried about profiling at airports. I’ve had my DNA taken from me forcibly without my consent. I’ve had my right to silence taken from me under British war and terror laws. Everything they’re worried about, I’ve had happen to me. And I say this therefore from a place that is concerned about these civil liberties issues for Muslims because I’ve suffered them myself.

And when I say to these well-intentioned regressive leftists is that you’re good intentions in not having this conversation, not differentiating Islamism, Islamist extremism, the ideology briefly summarized as the desire to enforce a version of Islam over society — your intentions in not isolating Islamist extremism from the religion of Islam are making the problem worse, not better. It’s what I refer to as the Voldemort effect. You know we know in Harry Potter there were people who — the Voldemort is a bad guy, the evil character in Harry Potter. The ingenious device that J.K. Rowling, as an author, came up with in those books was that the people were so petrified of this evil character that two things happened. One they couldn’t even name Voldemort. They had to refer to Voldemort as "he who must not be named." And then the second thing was that he who must not be named didn’t even exist. So they couldn’t name the thing they didn’t even recognize existed because that’s how scared they were. Now of course what happened as a result is this denial of the problem only increased the fear and increased the hysteria around this character Voldemort because he became a legend, a myth, an all-powerful myth that everyone was petrified of.

And that’s what happens when we refuse to name Islamist extremism. We make the problem worse. Two particular problems happen in refusing to name Islamist extremism. One is that the right wing out there, those who are — not the right wing but the faction again within the right wing — those who are the anti-Muslim bigots are in, not naming Islamic extremism, we leave the door open for the anti-Muslim and racist crowd to hijack this debate and say yes the problem is every single Muslim. So we’re not providing a lexicon that we’re able to use to differentiate every single Muslim from Islamist extremism. The second problem is an internal problem. Within Muslim communities, we’re depriving crucially those liberal, reforming voices from having the ability to have those debates within their own communities and say, "Yes I’m a Muslim too so don’t monopolize my religion. You’re an Islamist. You’re claiming to have the correct version of my religion and you want to enforce it over me. I reject Islamism and I’m not going to reject the religion of Islam itself." So they’re able to have that reformed discourse within the communities. And so I think that’s why it’s — despite these good intentions, it’s making the problem worse to deny it. The Voldemort effect is increasing the hysteria. It’s one of the things I’m being very critical as a liberal about President [Barack] Obama’s policy in that he has succumbed to the Voldemort effect and he’s up until now unable to name the Islamist ideology.

Want to Be Creative AND Successful? Understand the Nature of Creativity — And Success.