Dr. Kevin Dutton is the author of The Wisdom of Psychopaths: What Saints, Spies and Serial Killers Can Teach Us About Success. Dutton is a research psychologist at the Calleva[…]
Go to Profile 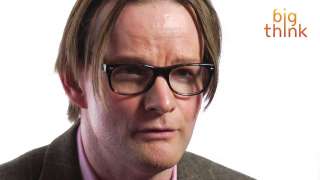 Kevin Dutton on the Psychopathology of James Bond

James Bond is probably one of the most nailed down, functional, psychopaths that there is.

And if we take say the iconic spy figure, James Bond, the British secret service agent, 007 himself, you find that James Bond is probably one of the most nailed down, functional, psychopaths that there is.  I mean, James Bond is ruthless, he’s fearless, he’s extremely focused, he’s mentally tough.  He’s, of course, absolutely without conscience and remorse.  He’s one of the biggest philanders that’s ever worked for the British secret service.  Although, I couldn’t say that hand on heart officially.  But I do know some of them.

But James Bond is absolutely one of the classic examples of a functional psychopath.  Those characteristics are being used to benefit society rather than detract from society.  I’ve interviewed a lot of Special Forces soldiers and in Special Forces you can’t afford to dwell on the fact that you’ve pulled the trigger and killed someone.  If you do, then the next bullet could be going through your head.  So you have to be very emotionally detached in kind of professions like that.

I think it was writer George Orwell once wrote that good men sleep soundly in their beds at night because rough men stand ready to do violence on their behalf.  And I think this is exactly why we need figures such as James Bond who with a bit of poetic license do exist in real life.  And why we need certain Special Forces troops as well.

Ray Kurzweil: Your Robot Assistant Will Be Able to Do What No Human Can Do