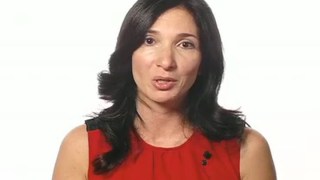 Is the Recession Over?

Only, says Nomi Prims, if you’re one of the megabanks that was flooded with cheap loans and government capital. For the rest of us, the former Wall Streeter turned author believes, the recovery that’s been so publicized is simply non-existent.

Question: Is the recession over?

Nomi Prins: The recession is over for the banks at the top of the food chain. The banks that have received the most government capital and cheap loans from the fed and various forms of subsidies and now control more of the market so also have more power going forward as to how things will generally unfold, are doing quite well. Most of them, Citigroup being an exception, and I think Bank of America will continue to have problems with its merger with Merrill because it still, I don’t think, understands what’s going on there. But I think that’s going to continue to be the situation on that side and it will look like profits are coming and then bonuses are back, they’re back to 2007 levels, pre-crises levels, for 2009, and no one seems to have a problem with this. The bankers are quite happy. But in terms of recovery for the rest of the nation, that’s just not the case. The rest of the nation is dealing with almost double digit employment on average, and certainly over double digit employment throughout most of the metropolises in the country, which is a big difference from even last year, before the crises, 15 of the top metropolis areas in the United States had double digit employment, now it’s 139. So there’s been a tremendous increase in joblessness and therefore financial insecurity for the rest of the country. So we’re not in a recovery. The banks that are receiving capital are in a recovery.

The Myth Behind the Bailout

Nomi Prins: The idea of the bail out was to provide the financial system some sort of a comfort so it wouldn’t create a long term catastrophe. And the myth behind the bail out that I talk about in the book is that this would somehow, by giving the banking system capital, by giving them cheap loans, by flushing them with funds that they wouldn’t otherwise be able to get in a crises situation and had lost, to a large extent, in a crises situation, that would somehow release credit for the rest of the population and it would give individuals more access to money themselves, or help individuals at the bottom level of the population.

But the way it was structured, there was no way that could’ve happened. Because if you have people at the bottom of this, I call it an upside down pyramid of risk and assets, where just a tiny part of that pyramid, the bottom point, are real loans, whether they’re sub-prime loans or other kinds of mortgages, they’re real and people are either making payments to them or unable to make payments. But it’s the banking system that created all of the other debt and securities on top and that’s the part that failed. Had we helped the individuals by putting capital into their mortgages, using their homes as collateral, as opposed to all the assets that were created as collateral to save the federal reserve or to other funds that were given to the banks through the bail out, that would’ve done two things.

It would’ve helped people stay in their homes. It would’ve helped turn back the wave of foreclosures that has increased since the bail out happened, it has not decreased. It would help people not default, it would help them not be delinquent. It would help the base of the economy. And so the reason the bail out was wrong, was because instead of focusing on individuals in that way, which would have been more moral and more economically efficient, it was focused on giving money to the top level of banks, to help them subsidize all the risks and securities they created, and that didn’t make its way down and hasn’t made its way down to the general population. What it has done, is helped the banks produce record to near record profits a year after the crises, but anyone would be positioning new profits on the back of a whole lot of cheap money given to them. So that really isn’t saying that things are terribly fixed.

The Lonely Thrill of Closing a Deal