Glen Ford has had a long career as a radio host and commentator. In 1977, Ford co-launched, produced and hosted America’s Black Forum, the first nationally syndicated Black news interview[…]
Go to Profile 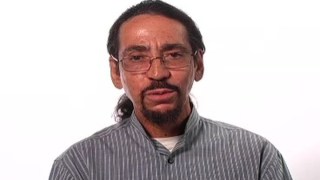 Glen Ford believes black radio has served as a vital tool of empowerment since the 60’s, but bemoans increasing corporate control of both radio and other media directed towards African American communities.

Question: What is the historical importance of black radio to African Americans?

Glen Ford: My father was a big disc jockey so he coerced me into reading the news on the air during his radio shifts before my voice even changed. When I got out of the military in 1970, I actually had no experience in doing anything worthwhile or that could get one paid except jumping out of airplanes and talking on the radio. So that's when I entered radio in 1970. It was a wonderful period. The black radio format had exploded all across the country. By that time, there were now hundreds of black radio stations, but because we had just experienced the '60s and that wonderful period of people in motion, people demanded of those radio stations that they be accountable to that newly awakened community. So every radio station, virtually every black oriented radio station in the country was compelled to hire full-time at least one newscaster.

This was a whole new core of news people that didn't even exist five years before. All of the sudden there are hundreds of radio news people at stations that didn't even exist five years before who were trying to figure out how do we serve the community. What occurred was a beautiful synergy between a movement which still was vital and energetic and a bunch of young broadcasters whose self-assigned job was to report on the movement. In that process, new leadership, which comes up all the time in the community, found themselves with a voice on the air through a medium that was speaking directly to their people, not a general format medium that is speaking to everybody, but black radio that was speaking to your community. That became a megaphone for our black conversation that had never existed before. It unleashed, or empowered, a whole new layer generation of leadership to take on projects that they might have not taken on before without the presence of newscasters on the medium that their friends and family and neighbors were listening to, paying attention to them and treating them as black leaders.

Black radio then became an incubator for emerging black leadership. It was a wonderful and very vibrant time, but as radio consolidated, as things always do under capitalism, black radio also consolidated and began shedding its newsrooms. In 1973, in Washington D.C., three black oriented radio stations fielded 21 reporters. That's a black radio press core of its own in that city. Much the same was happening in big and small cities all across the country. In Washington D.C., today, there are six black oriented radio stations. Together they field only four reports. The black radio is no longer an incubator for black leadership and I believe that these decades of deterioration and now near extinction of black radio news has contributed to the leadership crisis that we have in black America.

Who is the leader? Who is choosing the leaders? You see what I am saying? The incubator is gone and now the discourse is entirely in the hands of a corporate media which is also white, even if it employs other black folks it's still a white corporate medium.

Question: Does new media provide a balance to corporate-controlled news?

Glen Ford: My take on this is also rather different than my colleagues. I don't see this new media as being in any way a real counterbalance to the [control] of the corporate media. Black Agenda Report, for example, reaches 25,000 readers per issue. They are very smart people. We chose them and they chose us and they are movers and shakers. We think we do as good a job as we can of influencing their thought processes. However, there is no way that that can, in any way, compete with the nature of broadcasters who also control most of what we can new media. So the decline of broadcast television does not mean that the corporate voice is in decline, it means the corporate voice is more -- has infiltrated many other areas of media, establishing its homogenizing standards including new media.

Question: How has corporate control of media affected the black community?

Glen Ford: If I can use an example, which I think is a telling one; it certainly opened my eyes from hip-hop. In 1987, I co-founded the first rap music syndication on commercial radio called Rap It Up. Eventually, we had 66 stations. This was another wonderful period in black culture. All of these young people who had found a vehicle for their own cultural and political expression doing their own thing through about five or six independent labels, almost all of them in New York. It took off like wild fire. The big labels looked at it, as corporations do, to see how they could get in. It took them a couple of years, but by about 1990 they began buying up the original independent hip-hop labels and preparing to make their big move. They were going to own hip-hop, but they were rather confused as corporate types are with new phenomenon. These were new numbers and they didn't understand them.

Then in 1991, one of the big labels did a study. What they found was something kind of amazing. They found that the most active consumers of hip-hop were 11 and 12 year olds. That's called tweens in the business. These are not yet even teenagers. They saw that that was a fantastic figure. No other genre of music had gone a core listenership that was that young. Even R&B was 15, 16, 17 years old, but here they had 12 and 13 year olds. It was as if they were struck by lightening; they said, "We will take over this medium and tailor the product for what we now know because of our study is the most active consuming group." From that moment on, they made rap product pre-juvenile.

Now what did juveniles like? What do 12 and 13 year olds like? Boys as well as girls. They like to curse. Remember when you were that age. It's those curse words rolling off your tongue, it's almost -- it's a very sensual feeling. So their product was full of gratuitous profanity. In fact, they began bringing in very young groups that were foul of mouth because that's what the study told them these 12 and 13 year olds would like. There is another characteristic of the 12 and 13 year old, especially the boys but also the girls. Especially the boys, however. That's misogyny. Eleven and 12 year old boys don't know how to deal with girls. So they act like they hate them. There is a kind of juvenile misogyny that is part of that period of human development. The corporations understood that too and so they saturated their product with misogynist lyrics.

Question: What can the government or Americans do to combat this dynamic?

Glen Ford: Well, we have to break the back of corporate power. That's the project for all of humanity. We can't solve any of the world’s problems except through human collaboration and the big obstacle in our way is corporate power. Corporate power, of course, runs the United States. Corporate power and imperial power are the same things here. So, in that kind of light, then the difficulty is posed to our culture by profane and misogynist rap lyrics kind of pales in comparison, doesn't it? But it's all about breaking corporate power.

The Government is No Place for Change