Gretchen Rubin is the author of many books, including the block-buster New York Times bestsellers The Four Tendencies, Better Than Before, and The Happiness Project. She also has a top-ranked,[…]
Go to Profile 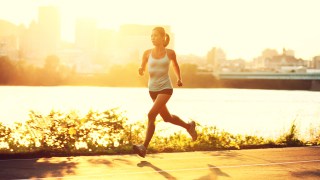 Unhappiness Is a Habit You Can Learn to Break

Habits play a major role in determining our levels of happiness, explains best-selling author Gretchen Rubin. Even when we know what it takes to be happy, we sometimes falter under the weight of our personal habits. In this interview, Rubin explains that success requires a commitment to follow through on your self-improvement endeavors. Rubin’s new book Better Than Before.

Gretchen Rubin: One question is how are happiness and habits related? And I’ve been researching and writing and thinking and talking to people about happiness for years. And what I started to notice was that habits play a really important role in happiness. Because a lot of times when I would talk to people, there was some big happiness challenge in their life that I realize was actually related to some core habit. And it wasn’t that they didn’t think or know that if they got more sleep, they’d feel better or that if they didn’t spend so much time on the Internet during work, they’d be more productive, or whatever. They had identified the change that they wanted to make, but for some reason they weren’t able to stick to that change. They weren’t able to make that change happen no matter how much they wanted to. They could see that there was a happiness gain out there, but they weren’t able to translate it into action. And that got me very focused on the issue of habit change. So how is it that we specifically change a habit so that we can make these desires, these aims that are so pressing in our lives — how can we translate it into real action, real change in our everyday lives. Because the fact is, you know, for most of us there’s a lot of low-hanging fruit. There’s a lot of things — just part of our ordinary day — things that don’t take a lot of time, energy, or money that if we could do them, they would make us happier. Well we really have to get ourselves to actually follow through. And so that’s where habits come into play because habits are the thing that allow you to make those changes and just put them on automatic pilot. They’re just part of your everyday life and they make you happier.