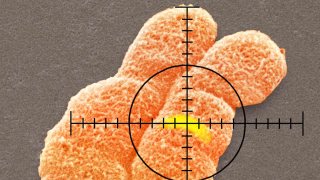 How Far Should We Go to Manipulate the Genetic Code of Human Life?

Humans already know how to manipulate animal genomes through selective breeding, but there has been no appetite to try on humans what is the norm for dogs. That's a good thing, says Dawkins.
▸
4 min
—
with
Richard Dawkins

The announcement of CRISPR technology, which allows precise editing of the human genome, has been heralded as the future of individualized medicine, and decried as a slippery slope to engineering individual human qualities. Of course, humans already know how to manipulate animal genomes through selective breeding, but there has been no appetite to try on humans what is the norm for dogs. That’s a good thing, says Dawkins. The results could well be dangerous. Does technology as a whole represent a threat to human welfare if it continues to evolve at its current rate? Not so fast, warns Dawkins. Comparing biological evolution to technological progress is an analogy at best. His newest book is Science in the Soul: Selected Writings of a Passionate Rationalist.

I think it’s worth noticing that long before CRISPR long before it became capable of editing our genomes in anyway we have been editing the genomes of domestic animals and plants by artificial selection, not artificial mutation, which is what we’re now talking about, but artificial selection. When you think that a Pekingese is a wolf, a modified wolf, a genetically modified wolf—modified not by directly manipulating genes but by choosing for breeding individuals who have certain characteristics, for example, a small stubbed nose, et cetera, and making a wolf turn into a Pekingese. And we’ve been doing that very successfully with domestic animals like dogs, cows, domestic plants like maize for a long time, we’ve never done that to humans or hardly at all.

Hitler tried it but it’s never really been properly done with humans I’m glad to say. So if we’ve never done that with humans with the easy way, which is artificial selection, it’s not obvious why we would suddenly start doing it the difficult way, which is by direct genetic manipulation. There doesn’t seem to be any great eagerness to do it over the last few centuries anyway.

A lot of people have problems with what they call designer babies. You could imagine a future scenario in which people go to a doctor and say, "Doctor, we want our baby to be a musical genius. Please edit the genes so that we have the same genes as the Bach family had or something like that to make them into a musical genius." I mean that horrifies many people.

It’s got totally obvious why that’s anymore horrifying than parents who are ambitious for the musical future of their child forcing the child to practice the piano three hours a day. There are differences, of course, forcing it to practice is maybe unpleasant for the child but it doesn’t go into the next generation, changing the genes does so there is a difference there. But at least people who shudder with horror at a designer baby who’s a musical genius, people who shudderat horror at that, why don’t you shudder with horror at forcing a child to have music lessons when it doesn’t want to or practice music when it doesn’t want to?

What does it mean to fully be human? Opening yourself to uncomfortable truths