When America polices the world, everybody loses

America treats the world like a board game. That's a problem.

Jeffrey Sachs is is an American economist and co-founder and chief strategist of Millennium Promise Alliance, a nonprofit organization dedicated to ending extreme poverty and hunger. He is also the former director of The Earth Institute at Columbia University, where he holds the title of University Professor, the highest rank that Columbia bestows on its faculty.

JEFFREY SACHS: Power doesn't stick. You can try to impose your will on other countries and peoples, but without legitimacy what you end up with is unrest, instability, turmoil and the "need" — quote unquote — for violence to repress that turmoil. We've had, for the last century, an incredible upheaval. Indeed, I think we're still living in the aftermath of World War I. The Treaty of Versailles, which ended World War I, was not a treaty of peace but a treaty of mess. It gave new imperial powers, for example, to the British Empire in the Middle East and to France. And it's in those very places the remnants of the Ottoman Empire in Iraq or in Syria or in Lebanon or in Palestine, now Israel, we have the continuing conflicts. The settlements that were made at the end of World War I were settlements for European imperial powers, not settlements for self-government, not the war to end all wars as Woodrow Wilson, the U.S. president at the time, promised the American people. In other words, power rather than justice was the message at the end of World War I.

So the wars that we have in the Middle East today were played first in the post-Ottoman wars that Britain and France engaged in in their new imperial roles in the Middle East. The United States took over those empires, in essence, after World War II, when Britain and France retreated from empire, the United States expanded its military reach. Americans never like to think of America as having an empire, but empire means keeping political control over others. We generally have not done it in U.S. history by direct ownership of other places – though we've had our colonies and still have them – but rather through manipulating foreign governments, toppling governments we didn't like. Think of Iran, where in 1953 the United States, the CIA that is, and British intelligence conspired to overthrow the elected Iranian government of Prime Minister Mossadegh and to install a police state under the Shah, who lasted until 1979, until the revolution came and threw a hated despot over — a despot associated with the United States.

The point is the attempt to impose rule on others in an era of literacy, communication, spreading capacity is not only immoral but it is doomed to fail. And the United States' efforts to impose the U.S. will in Iraq, for example, by overthrowing Saddam Hussein in 2003, or in Libya by overthrowing Muammar Gaddafi in 2011, or the attempt — remember when President Obama said Assad must go in Syria? I scratched my head and said how can an American president say that the Syrian president must go? Well, we did. President Obama issued a secret CIA order, a presidential finding that the CIA should cooperate with Saudi Arabia to overthrow the Syrian government. That didn't turn out too well because the Syrian government had friends — Russia, Iran — which defended Assad's regime and even though the U.S. was there trying to destabilize it what happened, not surprisingly, was catastrophe! The flood of arms and jihadists into that little country, violence, and the flood of millions of refugees out of the country.

My response is a big: "Duh." What did you expect when you try to overthrow a country in the Middle East in a region of such instability? But U.S. policymakers often don't get it because the instinct is: we're exceptional. We control. We get to say who is in power. And read our journalism – The Wall Street Journal has editorial after editorial: Change that regime! What kind of foreign policy is that, that the United States tells other countries what kind of governments to have? Well, it is a foreign policy doomed to fail. 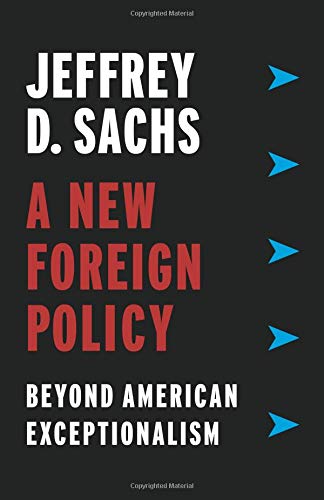