Marc Lasry is one of the pioneers of the distressed securities market, which has been the exclusive focus of his professional career. Marc is a Founder and Managing Partner of[…]
Go to Profile 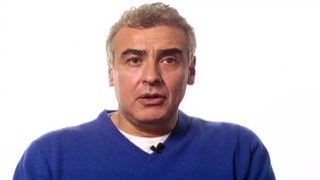 Prior to the crisis, regulators were more concerned with hedge funds than with banks. Why didn’t the government bailout hedge funds? Avenue Capital chairman Marc Lasry explains.

Marc Lasry: I think it's pretty obvious. I mean, there was no hedge fund that was leveraged 40 times. There's no hedge fund that was leveraged 20 times. So there was always this focus, because people I think focused on the individual investor, and people were worried about fraud within a hedge fund. It's amazing when you look at it, if you really look at sort of '08, even '07, if you look at the amount of money that was lost in hedge funds, just from fraud, right? Or funds blowing up and closing down. It was pretty de minimis. And when you look at what happened, I think, with financial institutions, the dollars that people talk about is sort of trillions of dollars. So -- and the reason for that is because of the leverage; it's not because of the equity that was involved. So I think on -- I think there was just a real lack of understanding, and it was easier to sort of pick on hedge funds because people believed that banks were safe. And I think what was clear, and what's been show, is that it's really the banks that needed the oversight, not the hedge funds.

Question: Is there too much emphasis on going public in the US? (Arnold Kling, Econlog)

Marc Lasry: Yeah, I mean, I think there is. I think part of the reason is there's a big focus on -- that people want to sort of monetize the value that they have in a company, and by doing that you go public. I think being private -- there's a huge amount of benefits in being private, but ultimately the reason people go public is to monetize and to capture that value.

Question: What do you think of the practice of managers taking a company private and then doing an IPO a few years later? (Arnold Kling, Econlog)

Marc Lasry: You can't blame the people for doing that. I think what ends up happening is, they're taking it private, and they think -- when somebody takes a company private, they believe they're doing it at a very good price. And the reason they're going to take it public is, they think they're going to get a much higher evaluation. So I think the vast majority of people in that same situation would probably do the same thing. Does that mean it's right? That's a different issue. But there's a huge amount of focus on sort of what people make. And as you look at that, I think that's why people end up taking companies public.

Question: Aside from capping salaries, is there anything the government should have done to make the American public feel better about the bailout?

Marc Lasry: Look, I think what they should have done was very simply said, we're putting our money in; we're going to be senior; we're going to get paid X; and we can end up doing anything we want until you take us out. I don't blame the government for sort of imposing things. I just think they've gone a little bit too far, because what they're doing now is dealing more with popular sentiment as opposed to sort of business reasons. And that's the real issue. It's that the government has its own pressures. It's hard for -- you know, if you're voting for your congressman and you're saying, well, you voted -- and that congressman votes on the bailout -- to say to that congressman, look, why is that person making $1 million a year? I don't think that's right. I'm out of a job. And if I bailed him out, I want to limit what he can make. Well, I get it, but what they should have done was say, we're putting in money; we're going to be an investor, and we're going to get paid. And if we don't get paid, then ultimately we're going to end up owning this company.