Erik Verlinde is a theoretical physicist and string theorist and the Institute of Theoretical Physics at the University of Amsterdam. The "Verlinde formula," which relates to conformal field theory and[…]
Go to Profile 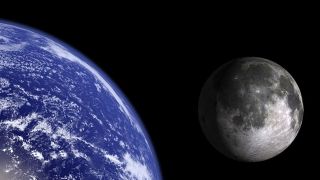 The theoretical physicist believes that gravity is an emergent phenomenon, not the elemental “force” that Newton and Einstein theorized it to be. He thinks it is the result of patterns of complex, microscopic phenomena.

Question: Why is gravity an illusion?

Erik Verlinde:  Gravity, of course, is something that have, well, many people have already thought about.  It’s something that we see every day and it’s not like it’s not existent in our ordinary life. But what I mean by that it’s an illusion is that one would eventually like to know where it comes from, an explanation.  Up to now we have, well, descriptions, I mean, Newton, of course, is the one famous for first writing down a theory of gravity and he described why apples fall and why the moon goes around the earth using the same basic equation for gravity, but he described it.  He had to assume that gravity was there and then had to write down a law that described that when two masses are a certain distance, how they attract each other.

But he was also not very happy with the fact that we should just, well, assume that these things, these objects, attract each other and without even anything in between.  So if there are two masses and empty space, there’s no, nothing that really happens between them, but still, they’re attracting each other.  And he thought that was kind of mysterious and that it was something he would have liked to explain in a better way.

So later came Einstein and Einstein, with his theory of relativity, eventually realized that also gravity has to be described in a different way. And it took him quite some years, but eventually he wrote down a theory where he thought about space and time together and then his explanation of what gravity would be is that there’s masses which curve space, and time.  And then motion of planets and of the earth around the moon, or the moon around the earth is then described by thinking about moving in this curved space-time and how then objects are, well, making their orbits.  And the reason they go around then in circles is that space and time itself is curved, in the sense that things don’t move in straight lines anymore, they go around.  So that was his explanation, but he had to write an equation for it, which again, assumed that gravity was there because he basically wrote down matter curves space-time.

So in a certain way that’s still a description or what, I should say is, well, one would like to understand again why this description sort of, well, how you can understand it from a more basic point of view.  So what I’ve done in my paper is try to start from a, well, from a point of view where you don't assume gravity to be there, they would like to explain it by seeing how you can derive it from a more microscopic set of equations where gravity itself is not assumed, but then just follows from a certain logical reasoning.

Question: How should we think about the forces that exist to create the illusion of gravity?

Erik Verlinde: If you think about particles, very tiny particles, and it turns out that things like positions and velocities are not very precisely defined, you have to take into account the fact that there’s an uncertainty in when we look at something, we may influence the measurement, but I mean, also just, there’s a fundamental limit on how precise you can understand the position or the velocity of a particle.  They cannot be all, not both described infinitely precise.

So taking gravity into account then gives us a bit of a problem because then we have to talk about space-time and then these quantum certainties gives us another way of looking at space-time at the short distances.  So this led to problems... and string theory is another way of also looking at gravity and quantum mechanics, which I’ve been working on quite a bit.  So people have studied the problem of quantum mechanics in gravity from various perspectives—from string theory, but also was thinking, for instance, about black holes, what happens with black holes.  And I’ve taken some of the things we’ve learned about it and seen that there is some explanation of maybe where gravity then comes from, from those... new way of thinking about quantum mechanics and gravity together.

So if you then start trying to explain where it comes from, it has to do with the fact that this at the microscopic scale, a certain information about how you describe this, which we don’t see ourselves, we forget about that.  And it turns out that if you take that into account, in some appropriate way that you can understand where gravity comes from.

Question: When other people talk about gravity, what are they describing?

Erik Verlinde: The theory that Einstein wrote down, when you apply it, for instance, to these black holes, you see that it starts resembling things that we call thermodynamics.  That’s a theory that describes how gases move when you give them a temperature or when there is pressure and you... well, you can apply it in very many situations, but it’s some way in which we describe how things happen at very large, fairly large scales, in terms of not looking at the individual notion of the atoms and molecules, but by just thinking about these objects like temperature, pressure, and so on, which, are, what I call microscopic quantities. I mean, a temperature that is just an average of all of the motions or little collisions of atoms, say, for instance on my skin, if I think about what temperature I feel, it’s something about the average energy that each of the molecules in the air is carrying.

So temperature is not really a microscopic thing I can define.  And so gravity is somewhat like that in the sense that the thing, the equations that we currently use to describe gravity are basically obtained from averaging, or at least describing things at a much tinier scale and then forgetting about certain details.  So temperature, for instance, also forgets about how all of the individual molecules are moving, we don’t have to keep track of that, but still, we can describe quite well how gases move when we just talk about pressure and temperature and even differences in pressure.  For instance, then if you have one room with one pressure and another room with lower pressure, you simply know that the gas will flow from one to the other.  And these kind of differences, they’re necessary to get things moving.

Question: Does your research have any implications for our daily lives?

Erik Verlinde:  It’s fun to think about things like gravity and even, well, what I had in my paper, things like even the laws of Newton, because they do play a role in one’s every day life.  But it’s surprising that when I go and walk out the door or something like that, it’s not like I immediately sort of think about these things in a different way. For me, I think it’s more importantly eventually, what will be the implications for understanding, not just gravity, but also what’s happening in the universe.  I mean, the gravity equations of Einstein are also used in describing the expansion of the universe, the Big Bang Theory are all based on these same equations.

What I hope is that the ideas that we are now starting to develop for gravity can eventually sort of lead to possibly somewhat better or even more refined way of thinking about the early Universe.  And I think that will influence a little bit more my thinking than... I think as human beings we like to know where we come from and how the universe all sort of developed into what it’s now and there I think eventually this will have some impact.

Our Soldiers Are Ready for Gays in the Military