Restoring a healthy economy will require a local focus. Here’s why.

How will the current challenges to the global economy pressure it to change?

John Fullerton is the founder and president of Capital Institute, a non-partisan organization working to create a more just and sustainable way of living on earth through the implementation of a Regenerative Economy.

After spending years immersed in the sustainability challenge of our age following his Wall Street career, John is now a globally-recognized thought leader in the New Economy space. The architect of the concept of Regenerative Capitalism, John is the author of Regenerative Capitalism: How Universal Principles and Patterns Will Shape the New Economy and the Future of Finance blog.

JOHN FULLERTON: Local economy is now a fairly common idea in this new economy space and there's good reason for that. Again, going back to the principles in real life—life happens in the context of a unique culture and a unique place so a tropical rain forest has its own unique characteristics, very different than an arctic zone. In human cultures or in human communities it's not just the geological context that matters, but it's also the cultural context that matters. So business in Japan or in South Korea happens very differently than it does in the United States or in the United Kingdom. And yet in our modern understanding of economy we talk about this thing called the global economy and we sort of aggregate numbers into a global GDP, which is completely divorced from the unique qualities and characteristics that exist in each place. And so I would even go so far as to say that the unit of analysis that we've chosen, nation states and corporations, is a human artifact that originated in the modern age using reductionist thinking. And, in fact, the real or the correct unit of analysis is bioregional scale place.

And so imagine if you thought about human economic development from a place-based perspective, you would have instead of a global corporation like Apple thought of as a single thing, you would have Apple's manufacturing plant in China as part of the Chinese bioregional economy. And in one of our hubs in Buffalo you have the solar manufacturing plant that is operated by Panasonic but our partner in that project is the Panasonic plant manager not Panasonic in Japan because that Panasonic plant manager in Buffalo is part of that local community and is operating in that context and has to understand the history of that place in order to thrive in that place.

So, in a nutshell, we believe that the new pathway toward economic prosperity is going to happen in the context of community and place and build from there through networking, as opposed to happen from top-down policy initiatives.

And even some of the more well regarded well read columnists now are onto this. Both Tom Friedman and David Brooks, for example, have written about community based economic development in the context of when the nation state is broken things work better. The interesting thing is that they're happening at the local level, which is true. What I don't think they've done yet is connected the dots to see that that's actually in alignment with the principles of how living systems work so it's correct, it's not just an observation, it's actually what has to happen. And the hopeful sign here is that the worse things get the greater the pressures that build the more that these shifts happen automatically. Systems don't change unless there's pressure. If you put a pot of water on the stove it stays a pot of water until you turn the heat up and then eventually it boils. So the heat is turned up in our global economy and so that pressure is causing the economy to alter and find its way into a more healthy state and that's called emergence in complexity science. And we see that happening all over the world now. 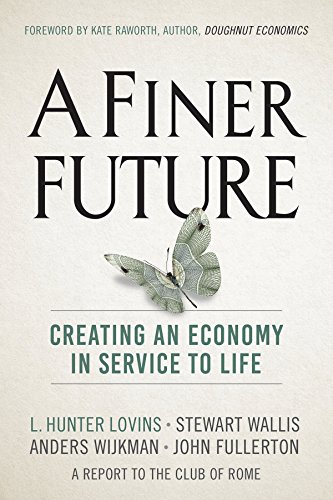 Anna Goldfield
PIERRE ANDRIEU/AFP via Getty Images
Culture & Religion
In a cave tucked into the limestone hills of the Asturias region of Spain, there lie the remains of a group of 13 Neanderthals that date to between 50,600 and 47,300 years ago.
Keep reading Show less
human body history Anthropology sex genetics Archaeology