What if all humanity had to do to save itself was listen?

By working together, and learning from one another, we can build better systems.

Dustin Yellin
Dustin Yellin is an artist who lives in Brooklyn, New York, and is the founder and director of Pioneer Works, a multidisciplinary cultural center in Red Hook, Brooklyn that builds community through the arts and sciences to create an open and inspired world.
17 June, 2019

DUSTIN YELLIN: I think that everything is invented, right? So I think civilization is a hallucination, or civilization is a sculpture. Everything that we experience we've also in many ways created. So whether it's this chair that I'm sitting in, or the cameras that are pointed on me, and the lights that are on, and the energy that supplies those lights, and the way the building is constructed out of concrete and steel that we're sitting in right now that's literally sitting on a street inside of a city inside of these weird borders we've called New York, and this thing that we've called America, which is, again, is just a narrative we all agree on.

These things are all invented. Therefore, the future and what we want to see out of the future and create is also completely malleable, and completely a blank slate, and completely possible for us to choose if we're going to go into this imminent demise and catastrophic sort of cataclysmic of ecological disaster or we are going to figure out ways to move and make energy without a carbon footprint that's going to eat us up, et cetera, et cetera. So again, I do think that it's all our imagination manifesting into this physical realm.

we're really at a precipice right now where it's going to — where — where humans are going to knock humans off the earth. And so I can't think how important of a time it is for people to come together and work together on these issues. And yet it's sort of the antithesis of what we see happening with the rise of populism, and with our current policies, and with also these collective fictions that we adhere to like borders, and the state, and religion, and all these real false narratives that we've been concocting for centuries and now aren't working for us, and yet we're still adhering to.

F Scott Fitzgerald said that a first rate intelligence is the ability to hold two opposing ideas in the mind simultaneously and still retain the ability to function. So as much as one wants to tell someone, you know, that there's no way that they will ever see what they're seeing, in a way it's more productive to listen. And if we could all start listening to each other, that's a start. And if we could all start finding the things — if we could all start highlighting the things that potentially we agree on, because there must be some of those, opposed to the things that we completely disagree on, maybe then we can start to build structures to find some sort of peace.

And I do wonder why we're not convening more the leadership of our economic engines. I don't understand why people aren't coming together across political divides and across corporate divides to work together not on their bottom lines but on how to figure out new systems. Because there is this group of incredible people who have built these crazy new kingdoms which are corporations that should kind of walk away from the economic interests for a minute and figure out how they can all work together. Because I think together as a group there is a way forward, but right now it seems that nobody's convening. We also have such a vacuum of leadership in our country that nobody has the convening power right now to bring people together to work together. And I find that to be one of our issues that we need to figure out. 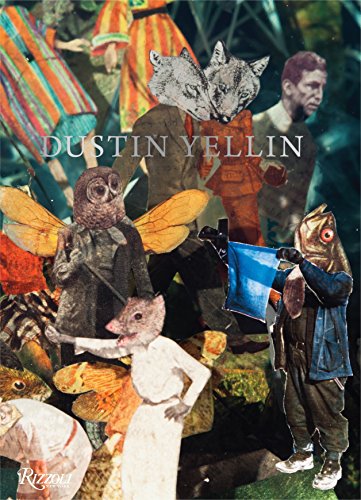