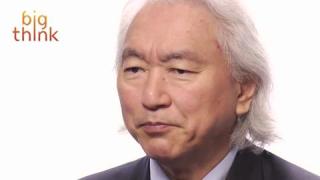 Do Androids Dream of Stealing Your Job?

Forget every single Hollywood movie you’ve ever seen.  Forget every science fiction novel you’ve ever read about artificial intelligence.  Robots cannot do two basic things, and that’s where the jobs of the future will lie.

Common sense is the second major problem, in fact, the major problem, that has dogged artificial intelligence theory.  We know that water is wet.  We know that when you die, you don’t come back the next day.  We know that animals do not like pain.  We know that mothers are older than their daughters.  We know that strings can pull, strings cannot push.  Robots don’t know.  Robots have never seen or touched water; they don’t know that water is wet, not dry.  They don’t know the concept of up, down, chairness.  They don’t understand common sense.  So if you are a real estate agent, you know that you cannot in the future make money simply by showing blueprints and showing and doing the transactions because all of that will be done by computers.  That’s gone.  If you are a real estate agent, you'll sell houses because you understand gossip.  Common sense.  You know where the good schools are.  You know where the sewer systems are bad.  You know where the crime rates are dropping and where the crime rates are rising--scuttlebutt, gossip, inside insight.  Common sense.  That’s how real estate agents will make money in the future.

So think about it: are you gonna have a job in the future?  If your job is repetitive, if your job simply involves the friction of capitalism, that is, middlemen work, your job is doomed.  However, if your job involves creativity, imagination, innovation, thinking, experience, leadership, hey… there’s a bright future for you.  Because the economy itself is changing from commodity-based capital to intellectual capital.  Intellectual capital cannot be mass produced.  You cannot mass produce the brain.  And that, in a nutshell is the secret of the world’s economy of the future.