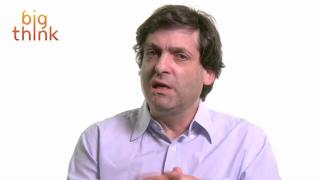 According to psychologist Dan Ariely, Google’s policy of giving employees free reign over 20% of their work week – one full day out of five – makes for happier, more passionate workers and a better, more creative company.

At Google, this idea that 20 percent of your time you can be dedicated to something that you care about personally.  It has two elements.  One is that these 20 percent of the time might become incredibly useful for the company because they don’t think that people are going to sit by the beach or by the pool and just drink coconut juice--or maybe it’s California, so it’s, you know, mixed carrot juice with some leaves or something--, but they don’t think people are going to do that.  Instead they think the people are going to do something useful for the company that might one day have high rewards.  But on top of that, they also think that these 20 percent time that people have to do work on other things would spill over the other 80 percent because all of a sudden they would feel better about the whole company and even their 80 percent of their other time when they’re supposed to do something more specific would be more efficient.

So, it doesn’t have to be about every moment, but it has to be something more general.