What is cryptocurrency’s role in the future of money?

Elad Gil is an entrepreneur, operating executive, and investor or advisor to private companies such as Airbnb, Coinbase, Checkr, Gusto, Instacart, OpenDoor, Pinterest, Square, Stripe, Wish, and others. He is cofounder and chairman at Color Genomics.

ELAD GIL: So, from an end-user perspective there's a lot of questions around the impact of either Bitcoin or blockchains. And if you look at the very best technologies they tend to sort of eventually fade seamlessly into the background. So for example, you're using your phone every day, but you don't necessarily understand how TCPIP is working in terms of transmitting data on the Internet. And there's lots of examples like that where the best technology sort of fades into the background in terms of what you're doing. In the case of Bitcoin or related cryptocurrencies a lot of the near-term impact of that is really around financial services and the emergence of a new digital asset class. And so if you look at Bitcoin really what it is is in some sense a store of value or a store of wealth, and many people compare it to something like millennial gold. It's basically a digital asset that you hold as an investable product.

And so I think many of the early uses is just going to be this will end up being a part of everybody's portfolio in ten years, and you're going to have some proportion in bonds and some proportion in stocks, and then some proportion in cryptocurrencies. So I think for most people that's really how it's going to exist in the shorter-term. Some people are talking about the Web3 or Internet3 and how all infrastructure is going to flip over to decentralized cryptocurrency-based systems. I'm much more skeptical about that, at least in the short run. In part because centralized systems tend to be dramatically more efficient than decentralized systems; in other words if you look at the cost of running a centralized system it's much lower, you have bargaining power around the underlying hardware, you have economies of scale in terms of how you deploy it and where you place it, and also just running these systems is much simpler if you have a centralized approach.

What that means it is is that most of the times that you're going to see blockchains pop up is when you're using something that is uniquely associated with them. And if you ask what a blockchain is it's really sort of a bad database, but it has very unique characteristics where it has this notion of being trust-less, in other words you can, in aggregate, come to consensus or decisions together or conclusions around the quality of data, the quality of the transaction or other things in a way that no central authority can control.

And what that means is you've created systems that are effectively censorship proof or seizure resistant, in other words the government can't come and take your asset if you're in a country which has very bad governance, or it means that no third-party can suddenly accidentally erase your data, or you can't hack a third-party to access your data (although obviously you can still hack a blockchain).

And so really where that tends to crop up, if you ask "what are the things that I don't want the government or other third-party to take from me?" or a place where I want some notion of privacy around what I'm doing, it really tends to be around money or it tends to be around personal data. And in the long run I think those are the areas that are going to be most impacted, but I think in the short run really it's going to be about "Do you have a piece of this digital asset in your portfolio?" 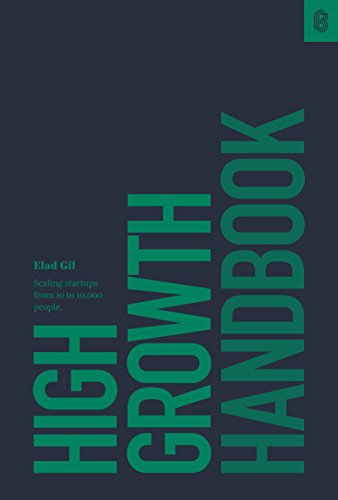