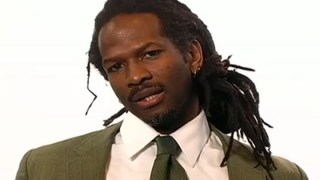 Question: What can be done to craft effective drug policy?

Hart:    The policy that received more attention particularly in the past decade and a half or so has been the US cocaine policy, the differential treatment of crack versus powder cocaine and question is how my research impacted my view on policy.  Clearly that policy is not based on the weight of the scientific evidence.  That is when the policy was implemented, the concern about crack cocaine was so great that something had to be done and congress acted in the only way they knew how, they passed policy and that’s what a responsible society should do.  However, when the day it started to come in and start to indicate that maybe the policy exaggerates the harms associated with crack cocaine.  We should probably modified the policy that never happened and so my study of this are and my reading of this area and the study of other people’s work has led me to come to that conclusion, that policy is probably, it’s not based on the weight of the scientific evidence.

Hart:    There’s a really good one right now.  I think it’s put out by the partnership for drug free America.  More times than that they missed the mark but I think with their current campaign they hit it on the head.  These are the same folks who did this is your brain on drugs and many people thought that, that was an exaggeration and were concerned about that but they have one now in which I think it’s Patsy I don’t know if you’ve seen that were Patsy, she’s a mother and she’s concerned about drug use and she’s implementing these strategies that are clearly ineffective were she goes into her child’s, her child is showering and she wants to talk about drugs and she said because her garter down now you can talk about or she pats her kids down, she checks them and the point of the commercial was that they are telling parents don’t be a Patsy you should talk to kids and that implement this ineffective strategies and so I think that, that’s the direction in which we should, we should be going.  I really like that campaign.

Question: What are the most common drug myths?

Hart:    Crack in the early 1980s or mid 1980s I’m sorry is that one of the worst myth is that one hit and you’re addicted for life.  We saw that in 1980s and we’re seeing it again with methamphetamine today, one hit and you’re addicted and it simply not true, addiction requires work not the people should go out and experiment or do these themselves but the fact is that’s a myth and the concern is that, it’s dangerous because when people perpetuates that myths and then when young people are people actually try methamphetamine or crack cocaine and find that, that doesn’t happen to them.  Now, they disregard everything that comes from this official sources and my concern as an educator is that the information that we’re generating will be ignored by the people that we want to reach most and so I really hoped that we are more honest and more evidence based when we, when we disseminate information about drugs, of abused.

Question: How does Obama’s cocaine use affect public opinion?

Hart:    We have a president whose openly, willingly admitted this whereas our 2 previous president clearly use some psycho-active elicit psycho-active drug but this president stated openly I think that’s a good thing for young people in the sense that obviously we don’t want to I have 2 young children of my own and we don’t want to encourage young people to take elicit substances that’s not the goal here.  In part, because we don’t know what these things contain on the streets and so forth.  So that’s not the goal of that.  I just want to make that clear but the fact that our president has admitted to elicit drug mused.  I hope what it does, is that it gives young people hope who have made mistakes, hope that they can bounce back from this mistakes and be on the right path and make a contribution to the country.  This is what I, so I hope we can get beyond damaging people, people reputation and their ability to make a contribution in the country because of some mistakes they made in their youth and so I am thrilled about the president’s openness about the subject.

Carl Hart Discusses the Most Popular Drugs in America