Sink or swim: How to survive waves of change in a fast-paced industry

Here's how to best position yourself for taking advantage of the unexpected.

Rita Gunther McGrath
Rita Gunther McGrath, a professor at Columbia Business School, is one of the world’s top experts on innovation and growth. She is the best-selling author of The End of Competitive Advantage (Harvard Business Review Press, 2013). Her new book Seeing Around Corners: How to Spot Inflection Points in Business Before They Happen will be published in September.
06 October, 2019

RITA GUNTHER MCGRATH: A strategic inflection point, as I define it, is something in the external environment that changes the assumptions upon which a business is based. It's often technology but it doesn't have to be. It could be a change in social norms. It could be a change in a company's reputation. But the reason it's so important to see these things is that we all develop a view of the world and our view of the world is really based on the assumptions that may have been true at one point. But those assumptions guide what we think is going to drive outcomes in our business. When something happens that changes those assumptions all of a sudden it's as though our radar was off, you know. We don't really see what's going on in truth. And the longer an inflection point goes the more wide the gap is between our current understanding of what's happening and what's actually happening.

Now the reason for spotting them early is, firstly, obviously if they're going to change your assumptions you don't want to let that gap persist for too long. But secondly, if you get it right it can take your business to new heights. If you get it wrong it can be very destabilizing. And we've seen so many examples of companies that everybody thought were at the top of their game and within a couple of short years were just out of business or irrelevant or had to dramatically change what they were doing. Blackberry comes to mind in the handset business. They're still there. I mean they're still somewhat relevant but as the driving force in that sector they are no longer really in charge of their own fate. And that's what happens when you get an inflection point wrong.

You can make super smart, very intelligent decisions and still have a bad outcome. You can make horrific, idiotic, stupid decisions and still have a good outcome because that's how unpredictable things are. So I think there is a big distinction between forecasting and what I'm talking about here which is picking up weak signals, opening your mind to different possibilities and having the foresight to say, hey, maybe that's worth putting a small bet or a small investment or maybe it's worth going to that meeting or doing that experiment. I think it's more positioning yourself to be better able to take advantage of the unexpected than it is predicting what's going to happen. I think a lot of people who've made predictions have come to regret that because it's so uncertain. How do you absolutely know for sure what's going to happen?

So a lot of really interesting competitive opportunities are opened up when someone sees a change in the environment and moves to capitalize on it as an opportunity. A great one that is by now pretty well known but I think still illustrates the point nicely is the transition from movies that were sold on cassette tapes to movies that were able to be sold on DVDs. And if you think about it a cassette tape—now you're going to have to go back in history but a cassette tape movie could cost $50 or $60. We've forgotten that by now. We're so used to very inexpensive digital offerings we fail to remember that at the time that Blockbuster, for example, got going their selling point was that for much less than that you could rent the movie for a night or two and enjoy watching it and then return it and then they would re-rent it to other people. And the catch phrase at the time was 'Be kind, rewind.' —rewinding these cassette tapes.

So the beginning of the inflection point that eventually gave rise to Netflix was two things. The first was a technological shift which allowed an entire movie to be published on a DVD. And a DVD was a completely different form factor. It was light, it could fit in an envelope. And even though it was still pretty expensive the costs were already starting to come down relative to what it took to create a product. The second thing that led to Netflix being an inflection point is actually an evolution of digital business models. So the content creation people always had a very rigid system for say movies where the movie was first shown in theaters where people had the highest willingness to pay. Then it kind of went the rental route. Then it kind of went into movies you could have of your own. Then it was residuals. And in the early stages, production companies really didn't have a lot of ways of making money off residuals. Netflix said, hey, you sell us the rights to your residuals and we will pay you. And it became an addictive additional revenue stream for a lot of the content producers.

So that gave Netflix the ability to have all this content, some of which was pretty popular, some of which was pretty niche oriented, to really fuel the beginning of their subscription model. Now as we have seen plenty of people now observing the production companies have regretted that for a long time. And what they're now doing is they're going into competition with Netflix developing their own streaming services. So I think we're yet again seeing this inflection point coming around to possibly undermine Netflix's model where Netflix is now in the business of having to create hugely expensive content in order to keep people on their service, to keep people subscribing. 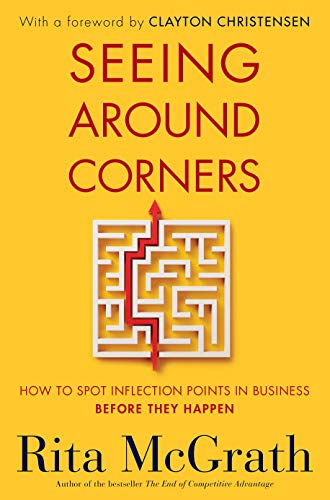