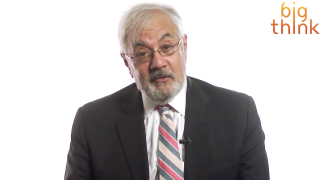 Former US House Representative Barney Frank argues that the ignorance underlying resistance to same-sex marriage and marijuana legalization is similar. In both cases, he says, reality will overcome prejudice and ultimately be adopted as the law of the land.

Barney Frank: I became an advocate – I can't remember when I was not an advocate of removing criminal sanctions against marijuana. I introduced the bill to do that 41 years ago. I had read or I may have just read at the time the report of the commission Richard Nixon appointed on marijuana. And it's a 400-page report. They clearly had the mandate to say it should be illegal, they couldn't think of any reasons for it. It did not have a negative effect on people's behavior; it was not addictive; it was not nearly as destructive in its social effects for example as alcohol. And the only thing they could come up with is, and I urge people to go back and read this marijuana report from Nixon's commission, it discouraged people's work incentive and therefore it was not good for the economy. This is literally what they said that if marijuana smoking became or ingestion of any form became widespread that it would cost us economically because people would be too mellow to work hard.

When you're in an argument, debate of any kind, discussion, you are a little worried is sometimes that there are arguments against your position that maybe you haven't thought of that might be very persuasive. And nothing is more reassuring than to come up against the strongest argument from the other side and say gee, that's not very important or not very impressive. And that's what I did with marijuana. I think what's happening with marijuana, it's very similar by the way to same-sex marriage. First of all it's generational. Young people think it's ridiculous. People have seen the hypocrisy of it. People know that marijuana use is widespread and they also know that there are people who use marijuana who show no disability from it.

But then what happens it's the same as same-sex marriage. You have a taboo. You have a practice; two women in love getting married, people recreationally using marijuana and both activities are demonized. Now, there are people who object to both in principle but they understand that their objections and principal will not be enough. To win, to make them illegal you have to show that they are harmful. We do have a kind of basic libertarianism and that is it's rarely enough to get the votes to ban something because you think it's wrong for people to do it morally if it doesn't affect others. People need to show that has antisocial consequences. So both with regard to marijuana and same sex marriage there has been this effort to show there was negative consequences. And as long as you had a prohibition of both you could not disprove the argument that it would be bad for society.

And then a few places breakthrough, Massachusetts in 2004 on marriage followed by Vermont and a couple other states, Iowa unlikely but it happened. And then similarly people start using legalized medical marijuana. And the argument on medical marijuana, by the way, people say well that medical marijuana that's just a front. I would support voting for making medical marijuana legal and there were good arguments for that on medical terms alone. People say yeah but, you know, that could just be a front for making marijuana smoking legal in principle. My answer was yeah, good. But what happened was marijuana smoking became legal in some places, same-sex marriage became legal in some places and none of the negative effects that people had predicted occurred. Reality beat the prejudice. And as more and more places adopted the reality, the prejudice lost and lost and lost. So we're now in the same situation in both cases. The notion that either marijuana or same sex marriage is going to be disruptive to people who choose not to engage in it has disappeared largely. And I think in both cases the end result will be that there'll be regular practices.

There's an added element with marijuana. When I first started talking about make marijuana legal and reducing the negatives on other substances, I ran into some opposition from some of the people I work with most closely in the politics who are African-Americans. And they said our young men are already subject to so many bad influences we just don't want to see this happen again. And there was this sense that cocaine was being introduced in the black communities in a way to destabilize it. But the absolutely undeniable discriminatory nature of the law-enforcement turned that around. I mean it is simply – you saw that in New York under Bloomberg where cops would stop black kids and hassle them for marijuana. Nobody thinks that there were not white kids smoking marijuana, but almost none of them ever got busted. The inherently discriminatory enforcement on that helped remove one set of support for the laws, namely within the African-American leadership.

Access for Everyone: A Model for Free Online Learning, with Duolingo’s Luis von Ahn