Alane Salierno Mason is a senior editor at W. W. Norton & Company. She is an editor at Words Without Borders  (WWB), the online magazine for international literature (www.wordswithoutborders.org).
Go to Profile 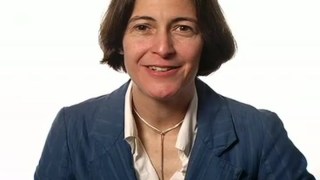 The editor saw a huge niche for an organization to promote literature in translation in mainstream publishing.

Question: How did you found Words Without Borders?

Alane Salierno Mason: I started thinking about this project in 1999 and three things had come together. I had done my own translation of a little Italian novel which I love called Conversazione in Sicilia or Conversations in Sicily by Elio Vittorini, and immersing myself in that process made me remember how much I love foreign literature and how little of it was available in English and how hard it was for me as an editor even at one of the top literary publishing houses to actually publish any literature in translation.

I was also a panelist for the NEA, evaluating small presses and literary magazines. I was really inspired by the grassroots literally ferment of what was going on across the country. I’m felt as if I learned more in 3 days reading those applications to the NEA than I had in 16 years of institutional New York publishing. Some of those projects were also dedicated to trying to get literature and translation into English.

Then, I was invited to go on a literary jaunt to Germany. Germany, like many other European countries, has a portion of its cultural ministry devoted to getting German books translated abroad—supporting German culture in that way and disseminating it. They had invited five American editors to tour German publishers and talk with German editors about the books that they were doing in the hopes of that would spur more U.S. translation of German books. This tour was very German—I had thought that we might have one on one conversations with editors, but was much more formal than that. We would all be seated around a conference table with the same chocolate cookies at every meeting and we would listen to two or three hour presentations of the entire list of what that publisher was doing in German. I started to daydream: “Yes, I’d like to know what is going on in German literature and no, I am never going to learn about it this way” and thinking how might I find out which of the authors in German I might be excited by. Each publisher would castigate us for the fact that so little German literature is published in the U.S. and one in particular—somebody I’m fond of—said, you know, “Americans are only want to read books from Germany that have to do with the Second World War. We have young authors too. We have young authors writing about divorce and shopping malls. Why don’t you want to read these books?” I thought, “Well, we have lots of American books about divorce and shopping malls and I really don’t want to read German books about divorce and shopping laws.”

But how could I find out what I do want to read from Germany? The obvious answer is you have to have a couple of people on the ground in Germany whose tastes you feel some sympathy with, who can make recommendations to you, and then, since I don’t read German, there needs to be some kind of sample translation of this authors. Anyway, I’m not interested only on German literature—I also want to know what’s going on with Syrian literature or Japanese literature and wouldn’t it be great if there was some kind of space where editors like myself could encounter voices from all around the world in reasonable English translations

Question: What was the response?

Alane Salierno Mason: The really rewarding thing was that people responded so strongly to the idea; the sense that America has become too provincial both in its literature and its politics is pretty widespread and a cosmopolitan literary endeavor like this really spoke to people. It very easy to get people to join the advisory board and to pitch in with translations. It was harder to convince European publishers that it was okay to publish on the Internet because that was still quite foreign to them. So we had some trouble to begin with getting rights to certain works, but ultimately they got comfortable with it as well. I wrote an application to the NEA and thought, “If they turn it down then I can give this up and go back to a more normal busy life instead of an insanely busy life,” but they gave the grant and then I had to do it. I have no choice but to actually pursue the project once they had awarded it—$30,000 dollars or $35,000 dollars. I had to find matching funds and the Internet boom had just gone bust. Nobody had wanted to give money to an Internet project and at one point I called up the program director at the NEA, Cliff Becker, who has since died: he was a very strong advocate for translation projects at the NEA and is really the godfather of this project to some degree. I called him up and said, “Cliff, I have only raised $10,000 dollars of that matching fee. What am I going to do?” and he said, “You’ve raised $10,000 dollars for literature this year? Do you know that puts you in the top 1% of fundraisers for literature in the United States?” And so, he gave me the support to get going and ultimately we did cobble together enough money to launch the magazine.

Question: Is there a literary scene in North Korea?

Alane Salierno Mason: The fun of the launch of “The Literature from the Axis of Evil” was that it required us to really scramble to find out who knew somebody who might have contact with literature from North Korea. We had the naïve idea that somehow there would be flourishing literature in North Korea and in fact there was no such thing. If there are dissident writers they’re either dead or silent; the only literature available was state-sponsored propaganda, which was interesting in itself—a real education for us as editors.

At the same time, we found out there is a vast amount of Iranian-Persian literature available because of the huge exodus of Iranian intellectuals and artists to American Academies after 1979, who still remain in touch with Iran. They act as a terrific cultural conduit between the Iran and the U.S., so it’s very easy to get Farsi literature and to find Farsi translators.

Iraq was another story because when we were launching the magazine the Iraq War had just began, and it’s not easy to contact writers in wartime and a lot of Iraqi writers had fled Iraq during the regime of Saddam Hussein. We ended up in touch with Iraqi writers living in Hamburg or London who were still writing in Arabic so they still fit our mission, but were not actually based in Iraq.