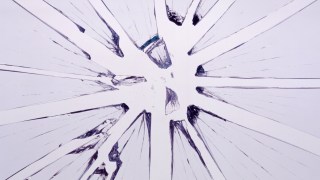 Against chaos: The world is a hard place, but maybe humans aren’t to blame

When we see problems in the world, we're quick to blame someone—anyone—who should be providing peace, love, and harmony. But the universe actually bends toward chaos and decay.
▸
4 min
—
with
Steven Pinker

When we see problems in the world, we’re quick to blame someone—anyone—who should be providing peace, love, and harmony: politicians, celebrities, parents, etc. But the universe actually bends toward chaos and decay. That’s the second law of thermal dynamics. And the most we humans can do is stave off the inevitability of decline through the organization of resources and information. So next time you’re feeling particularly outraged, just remember that it’s an uphill battle that civilization is fighting. And the more plentiful resources and information become, the more secure we are from a nature that’s red in tooth and claw.

A lot of people have an expectation that society ought to work in uniform harmony and affluence, and any deviation from that is an outrage that requires identifying which bad people made it possible.

And when I began Enlightenment Now I wanted to really orient the reader in a very different mindset about the human condition. As we find ourselves in the universe nothing is expected to work in our favor, beginning with what many scientists consider one of the most fundamental of scientific discoveries, namely the Second Law of Thermodynamics, or the law of entropy.

Namely, that in a closed system—one that isn’t receiving inputs of energy or information—disorder naturally increases.

The ability to do useful work/life-enabling structure. Just because there are astronomically so many more ways for things to go wrong than things to go right by any definition of things going right. So right from the start we don’t have any right to expect that the universe is going to be particularly kind to us.

Indeed, the universe is not out to get us, but it just doesn’t care about us, and there’s a lot of ways for things to go wrong unless we deploy energy and information to carve out local zones of beneficial order that keep us alive and healthy and happy.

That’s a different way of just thinking about the human predicament, namely we constantly have to expend effort, intelligence, knowledge in order to make things work, and our background expectation should be that things fall apart.

It’s advances in energy capture that lead to the beneficial complexity of life.

Perhaps back to the axial age, the period of about 800 years in the first millennium B.C. which saw the emergence of a number of moralistic philosophies arising in different parts of the world around the same time.

The age of classical Greek philosophy, the age of the Hebrew prophets, of Confucius, of Buddha, a kind of uncanny coincidence seemingly of movements that went from merely propitiating gods and making sacrifices and begging him for victory and better weather and relief from misfortunes to a more universal system of human betterment, human flourishing.

So what led to this development seemingly in different parts of the world at the same time?

According to one hypothesis by a team of scholars including Ian Morris and Pascal Boyer and Nicolette Molnar, there were gains in energy capture in the ability to use the products of agriculture – oil and fiber and calories from food to allow for a priestly cast separate from the people who actually have to scratch out a living from the ground.

And also, once people’s minds are elevated from just putting a roof over their head—or to keeping the wolf at the door, where their next meal is coming from—they have the cognitive luxury to think about, “What’s it all about? Why are we here? What do we strive for?”

And according to this theory it was something as mundane—but really not mundane—as energy capture: Not mundane given that the second law of thermodynamics governs our fate unless we can push it back.

And so perhaps it’s not such a homely pedestrian explanation for how so many civilizations made this leap to further moral horizons.

A starman’s guide to becoming an astronaut