Immigration: Why the well-meaning ‘successful immigrant’ narrative is faulty

We tend to promote foreigners by broadcasting their economic and scholarly value, instead of their intrinsic humanity.

Adam Waytz
Adam Waytz is an award-winning social psychologist and associate professor at Northwestern University’s Kellogg School of Management. His writing has appeared in the New York Times, the Harvard Business Review, the Wall Street Journal, and elsewhere. He is the first person to receive twice the Theoretical Innovation Prize from the Society for Personality and Social Psychology. He is also the winner of the SAGE Young Scholar Award and the International Social Cognition Network’s Early Career Award.
12 August, 2019

ADAM WAYTZ: So there are often these dehumanizing narratives around immigrants and refugees, that they are barbaric or animal-like or disease-ridden and that we should be eradicating them, or at least keeping them out of the country. And I think there's a tendency to fight that narrative sometimes by talking about how much value immigrants have, or refugees have, to the United States. And what concerns me about some of these counternarratives, even though they might come from a good place, is that I don't think they really consider people in terms of human dignity.

Even the late great Anthony Bourdain talked about how if Trump's very restrictive immigration plan for Mexican immigrants went through, where Mexican immigrants would be kicked out of the country, the restaurant industry would totally collapse. The idea being that there are so many Mexican immigrants, some undocumented immigrants, working behind the scenes of restaurants that this represents a very important labor force. And even if the sentiment was well-intentioned, we're not getting the argument that in addition to these people as valuable members of the economy, these people are also human beings.

It's always easier to dehumanize others who are socially distant from us, people who speak different languages from us, who live in different places from us, who have different circumstances from us, who look differently from us. So, simply by the virtue of being foreign, we tend to dehumanize at a baseline level anyone who comes from outside of the United States. So there are a lot of dehumanizing forces working against our capacity to develop sympathy for these outsiders. But I think a remarkable example of a countervailing force comes not from the U.S. case necessarily, but comes from the case of people fleeing Syria. And so we can perhaps recall the image of Aylan Kurdi, the young Syrian boy who sadly washed ashore, fleeing civil war.

And when that image of this deceased boy washed ashore circulated on social media and the front pages of newspapers, donations to refugee-oriented charities absolutely spiked. So I think that represents the power of a single human individual, or a single human narrative to generate more sympathy for the plight of immigrants and refugees. 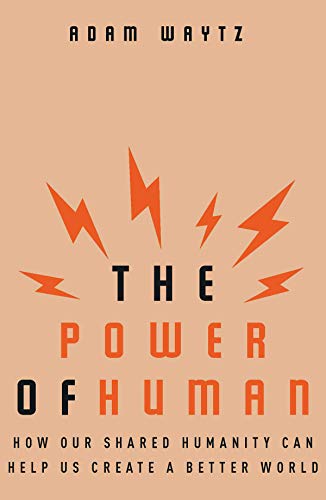 The Power of Human: How Our Shared Humanity Can Help Us Create a Better World
List Price: $26.95
New From: $10.49 in Stock
Used From: $2.34 in Stock
immigration humanity morality law justice system adam waytz