As a child, you may have laughed at people of previous centuries who believed the Sun revolved around the Earth. The egocentrism that put us at the center of the solar system was downright comical: Silly dead people. And yet now, self-described “grouchy, hyper-skeptical science journalist” John Horgan, writing for Scientific American, suggests we may be slipping back into our old thought habits. This time it’s not us, exactly, but consciousness that’s assumed supreme importance in a number of popular theories. He calls the trend “neo-geocentrism.” And he wonders if we’re regressing into what he mocks as “Homo narcissus.”

Horgan is a bunk-hunter by vocation — he refers to falling for hoo-hah as being “bunkrapt,” which my spell-checker just turned into “bankrupt”; coincidence? A staunch materialist who recently gave a cold-shower of a speech at the Sages & Scientists symposium organized by Deepak Chopra, Horgan’s main concern seems to be a turn away from materialism by major scientists longing to explain consciousness. “These are signs of scientific desperation, not progress. Explaining how consciousness emerges from matter is science’s hardest problem. It might be unsolvable,” he says in his speech.

This is Horan’s list of theories that put us foolishly — in his view — back at the center of the universe. 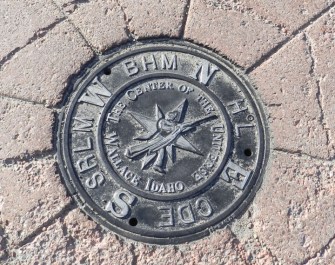 Probably the most common form of bunkraptcy (pity my spell-checker) for Big Think readers is the idea of superposition in quantum theory, which says photons can exist simultaneously in two states until observed. Without us there to observe them, they remain in this paradoxical condition. Schrodinger thought this was silly, hence his cat that obviously isn’t really alive and also dead until we look.

Orch-OR reverses the cause-and-effect relationship of standard superposition theory: The collapse of superpositioned states creates our consciousness of a particle or wave. Proponents of the theory see a resulting “connection between the brain’s biomolecular processes and the basic structure of the universe.” So consciousness is everywhere?

Information theories suggest we live in a “participatory universe” where “Not until you start asking a question, do you get something,” according to proponent John Wheeler. So, says Horgan, “If all the humans in the world vanished tomorrow, all the information would vanish, too.” Does that mean nothing was here before we were?

In IIT, any system with interacting parts — Horgan suggests a proton consisting of three quarks — is processing information, and is therefore conscious. This places consciousness inside all matter that’s got more than two components, regardless of how tiny.

Reality Is a Simulation

We’ve written about this plenty. Horgan notes that this popular notion explains all of our big questions away, though really it just bunts them up to another level: So are our hidden overlords also living in a simulation? He refers to the Matrix-esque theory as “creationism for nerds.”

This idea, which gets pretty close to the Sun orbiting us, is a favorite idea of no less than Stephen Hawking (according to Horgan). It says that the universe is the way it is because that’s what it had to be for us to be here observing it. If it were some other way, no us. So.

Extra Horgan points go to the centuries-old school of thought, popular among western intellectuals, that sees everything in the universe as being there just for our ongoing spiritual growth.

This is a whole hell of a lot of theory to throw out all at once, but it does confirm one of Horgan’s basic observations: That explaining consciousness is driving science nuts. We can see physical processes that accompany the thing, but not the thing itself. It’s enough to drive a materialist mad, or at least very cranky.

Is science destined to crack the code of consciousness—and how would we even go about it?
▸
8 min
—
with
Max Tegmark
13.8

Mathematically, it is a monster, but we can understand it in plain English.
Up Next
Smart Skills

When you see a stranger in some kind of hardship, how do you react? Researchers carried out a rare study in a real-life setting to assess the relationship between empathy and altruism.