Would You Save This Man's Life? The Bystander Effect Revisited

We have a blind spot when it comes to predicting our own moral and ethical behavior, but new research suggests we are better, not worse, when part of a crowd. 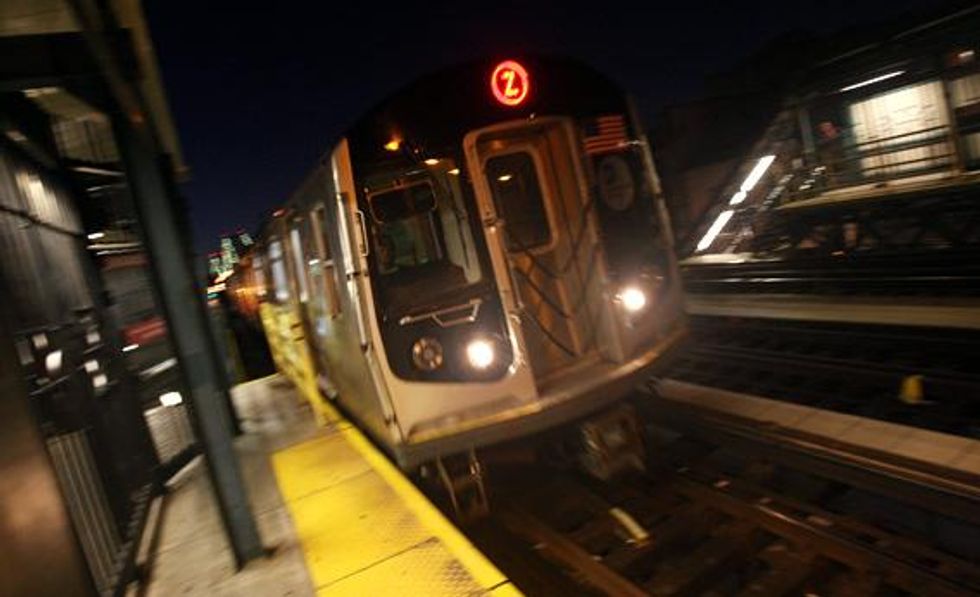 This holiday season two different photographs taken in New York City have gone viral, each one representing seemingly the best and the worst of human nature, respectively.

The first photograph was taken by a tourist in Times Square. It depicts a police officer bending over to help a homeless man put on winter boots the officer had just purchased for him. The second photograph was captured by a freelance photographer on a subway platform just a few blocks north of where the first photo was taken. The New York Post, which published the photograph on its front page, has stoked much outrage and existential reflection. The image captured a man about to be hit and killed by an oncoming subway.

While the cop in the first photograph certainly represents a better angel of our nature, we are all seemingly implicated in the second photograph, as David Carr astutely notes. The victim, after all, is not dead yet, but frozen in time moments before his doom, and the haunting photograph is a grim reminder that no one -- including the Post photographer -- reached out to save him.

As the great media theorist Roland Barthes argued in his final book, Camera Lucida, no other medium captures death quite so well as the photograph. The image of a body frozen in motion and time produces enormous emotional effects on the spectator. The image of the man about to be struck by a train is especially difficult for us to come to terms with.

We would all like to think that had we been in the same position as the other people on the subway platform -- who evidently had somewhere between 60 and 90 seconds to react -- we would have behaved differently. But would we have?

Unlike the trolley problem, which involves the moral dilemma of choosing whether an individual or a group of people will be hit by a train, this dilemma involves a different set of questions. Would you risk your own life? After all, like a drowning man, a desperate man on the tracks might pull you down with him. So this question involves risk-assessment, which is a skill that is taught in rescue training. If you see a lifeless body next to a live power line, for instance, if you rush in to help you could become the next victim.

The second, more disturbing question this dilemma poses involves the psychology of crowds. Do we lose our sense of moral responsibility in a crowd? This condition is called "the diffusion of responsibility" in social science, or "the bystander effect." The idea is that you would help a stranger if you were alone, but you are less inclined to be a good samaritan when part of a crowd.

Indeed, crowds are often viewed as pathological, the elephant man of the social sciences, if you will. We don't fully understand everything about how the group mind operates, but have observed how when part of a crowd a man can be both a lyncher and a freedom rider.

It has been a great challenge to design a test to predict how we might act in a crowd environment when an emergency situation occurs. We have a blind spot when it comes to predicting our own moral and ethical behavior.

The researchers Bibb Latane and John Darley conducted the classic studies on this question, and concluded that the greater the number of people present in an emergency situation, the less likely individuals are to help a person in distress. In one experiment, Latane and Darley filled a room with smoke while their subjects filled out questionnaires. When subjects were alone in the room, 75 percent reported the smoke. When other subjects were present in the room, the number reporting the smoke declined dramatically, to just 10 percent in one scenario.

Perhaps the most famous example of the bystander effect, which is printed in many psychology textbooks, is the case of Catherine Genovese, who was fatally stabbed in 1964. Despite the fact that many of Genovese's neighbors heard her cries for help, no one immediately called the police. The facts in this case have since been disputed, and the case itself has been notably debunked by Mark Levine in this article in the journal American Psychologist.

Levine's research has led to a reassessment of the bystander effect. Levine, a professor at Lancaster University in England, uses data collected from closed-circuit security cameras to study how people operate in a crowd environment. Levine has also designed virtual reality tests with computer scientist Mel Slater in order to record the responses of bystanders to violent scenarios. Levine has demonstrated that while crowds may in some instances inhibit our ability to help others in an emergency, crowds can also bring out the best in us. It depends a lot on the makeup of the crowd.

Are the bystanders strangers or friends? Do the bystanders share a common social identity with the victim? In these instances, we are more likely to help someone in trouble. Where we share social characteristics with a group, our own sense of well-being is tied to that of the group.

One poignant example of this kind of group altruism was pointed out by David Carr. In 2003, four teenagers drowned while jumping into the water to save a friend who slipped. Here's how The New York Times described what happened:

In what officials here described as one of the worst drowning accidents ever in the Adirondack State Park, all four died after Mr. Altschuler slipped off a narrow granite ledge into a foaming pool of water whipped into a frenzy by a tumbling waterfall. In a final act of friendship, Mr. Richman, Mr. Cohen and Mr. Satin, who had grown up together on Long Island, jumped after him to try to save his life, the police and officials said. The laws of physics were against them, though.