Vivek Wadhwa walks us through innovations that will disrupt the manufacturing, communications, finance, healthcare, and energy industries. 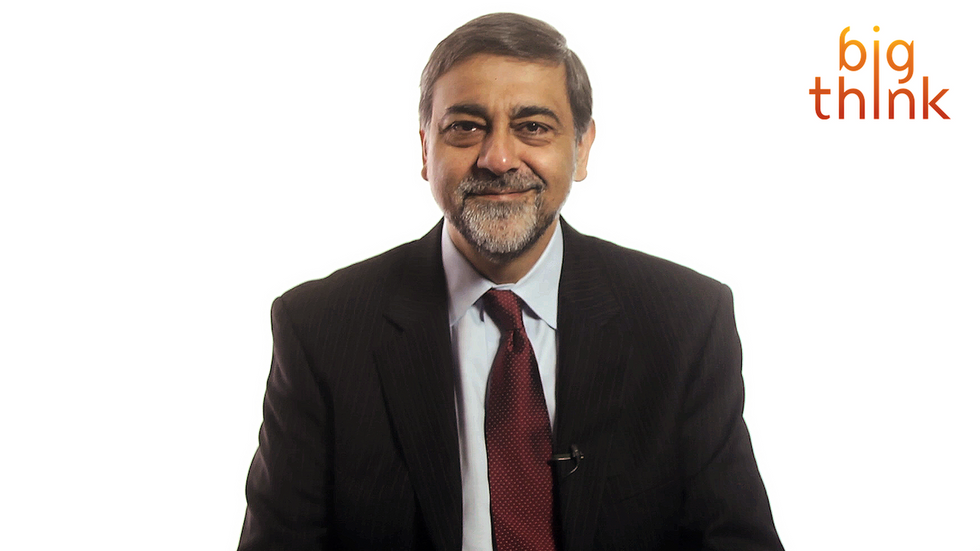 Vivek Wadhwa of Singularity University returns to Big Think today as part of today's featured video interview. The topic is disruption: the phenomenon that occurs when radical innovations ignite revolutionary or evolutionary change in an industry. A simple example of this is what services like Lyft and Uber have done to disrupt the taxi industry. On a larger scale, cell phone technology has disrupted communications to the point that the private landline has gone the way of the dodo. Wadhwa explains in the clip below that our current era of exciting tech innovations will cause similar disruptions in pretty much every current industry: Many westerners have lamented the recent outsourcing of manufacturing jobs to places like China. Wadhwa explains that automation is going to once again make manufacturing a local industry, although those human jobs don't return with them. This is because operating costs will soon dip below what it costs to pay humans, meaning there will be no reason for major corporations to maintain international facilities that exploit cheap labor. That's good for the U.S., Europe, and much of Asia, Wadhwa says. It's not so good for China.

The switch to automated manufacturing is just the tip of the iceberg as far as that industry's disruptions go. Over the next few decades we'll see manufacturing get a major facelift:

Wadhwa explains that innovations such as crowdfunding and Bitcoin represent disruptions to the financial industry as well. Banks, he says, will have to reinvent themselves if they want to stay in business. Experiments involving crowdfunded loans are already being made outside the U.S.

It's well-understood that the financial industry has plenty of support in the U.S. government and that measures will be put into place to protect their interests. Yet Wadhwa notes that these protections don't all exist internationally. The U.S. would risk falling behind if it concerns itself too much with preventing the financial industry's inevitable evolution.

Not only are doctors at risk of being replaced by robots, tech innovations could significantly lower the costs of delivering healthcare. Wadhwa notes that the cost of human genome sequencing has plummeted over the past 15 years. That trend should continue to the point where it'll cost practically nothing. Factor in the robot surgeons that could replace the imperfect hands of men and women, and you're looking at a major shift in how this industry looks 20 years down the line.

Despite the dangers associated with it, fracking has allowed the U.S. to close in on its goal of relative energy independence. Rather than relying on foreign oil, the U.S. could soon become an net energy exporter. Wadhwa also cites solar as an energy source that has become much less expensive in recent years and could eventually lead to grid parity:

"Grid parity means it's cheaper to produce energy at home on your solar cells then buy it from the grid. Move forward another ten years. It costs you 100th as much to produce your own energy then to buy it from the grid, which means that we have these grid companies now in serious trouble. This is why you have the utilities fighting solar."

Along with the benefit of never having to pay another energy bill, this type of renewable energy independence could lead to further innovations such as vertical farms and unlimited clean water.

We've already talked about how mobile phones have done away with the private landline. Wadhwa believes that data will eventually disrupt the mobile industry.

"When I travel abroad right now I don't make long-distance calls anymore because I just call over Skype. Imagine when we have Wi-Fi everywhere?"

Wadhwa concludes his list of future disruptions with the observation that the only thing standing in the way of these revolutions are the industry leaders afraid to endure periods of quick and relentless change. Disruption and its aftereffects can be delayed (i.e. the electric car) but over time cannot be denied. The different way our world looks 15-20 years from now will be testament to that.