Economic Shift: The Rise of the Collaborative Commons 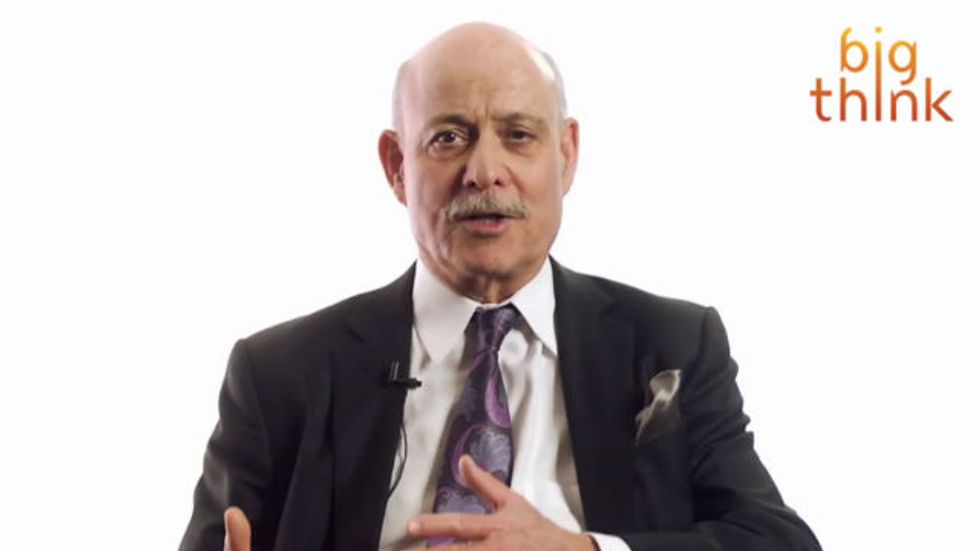 “We are just beginning to glimpse the bare outlines of an emerging new economic system--the collaborative commons,” explains economist Jeremy Rifkin, the New York Times bestselling author of The Zero Marginal Cost Society. In our new series on disruption, Rifkin discusses the forces shaping our economy and what we can expect in the years to come. “This is the first new economic paradigm to emerge on the world scene since the advent of capitalism and socialism in the early 19th century.  So it's a remarkable historical event.”

Rifkin is a prominent voice on the forefront of what he calls the Third Industrial Revolution, the era in which technology is shaping economies to be more energy efficient and collaborative. His research helps shape the decisions of government leaders around the world to meet the challenges of today and work towards a more prosperous, cleaner future. The major shift we’re witnessing now, he says, has long-term implications for society.

“What's really interesting is the trigger that's giving birth to this new economic system. The trigger is something called zero marginal cost,” Rifkin explains. This is the cost of producing additional goods and services after fixed costs are covered. “Business people are all aware of marginal costs, most of the public isn't. But this idea of zero marginal cost is going to dramatically, intimately affect every single person in the world in the coming years in every aspect of their life.”

The heart of this transformation is collaborative commons, which, Rifkin says, is emerging from the old paradigm of capitalism. He illustrates with the following example: “In a traditional market, sellers are always constantly probing for new technologies that can increase their productivity, reduce their marginal costs so they can put out cheaper products and win over consumers and market share and beat out their competitors and bring some profit back to investors.  So business people are always looking for ways to increase productivity and reduce their marginal cost, they simply never expected in their wildest dreams that there would be a technology revolution so powerful in its productivity that it might reduce those margins of cost to near zero making goods and services essentially free, priceless and beyond the market exchange economy. That's now beginning to happen in the real world.”

We first saw this shift begin to take shape with the rise of the World Wide Web around 1990, Rifkin points out. “We saw this zero marginal cost phenomenon invade the newspaper industry, the magazine industry, and book publishing,” he says. “With the coming of the World Wide Web and the Internet all of a sudden millions of people, then hundreds of millions of people, and now 40 percent of the human race with very cheap cell phones and computers--they're sending audio, video and texting each other at near zero marginal cost,” he explains. “So what's happened is millions of consumers became ‘prosumers’ with the advent of the Internet.  And so they're producing and sharing their own videos, their own news blogs, their own entertainment, their own knowledge with each other in these lateral networks at near zero marginal costs and essentially for free bypassing the capitalist market, in many instances altogether.”

The zero marginal cost phenomena disrupted major industries but also helped even the playing field. Many companies went out of business, but many new companies were able to rise up on the wave of this disruption.

The Internet of Things, according to Rifkin, will increasingly connect everyone and everything in a seamless network. “We can go up on this Internet of Things now and we can take that big data flowing through the system from the devices all the way to these three Internets and any of us with our own apps and our own mobile technology will be able to use the big data and combine it with analytics to create our own algorithms just like the big guys at Google,” he says, illuminating possibilities that once seemed like science fiction. “And it won't be rocket science because those apps will be programmed for us.  So we can create our own apps with our mobile technology, using that big data to dramatically increase our productivity, reduce our marginal cost in the production of physical things like energy and 3-D printed products.  That's already begun.”

Watch a clip of Rifkin’s interview about his latest book The Zero Marginal Cost Society: The Internet of Things, the Collaborative Commons, and the Eclipse of Capitalism: