The Carbon Tax: Is It Time to Follow Australia's Lead?

On July 1, Australia will implement its carbon tax. Will other countries follow Australia's lead? Should they? 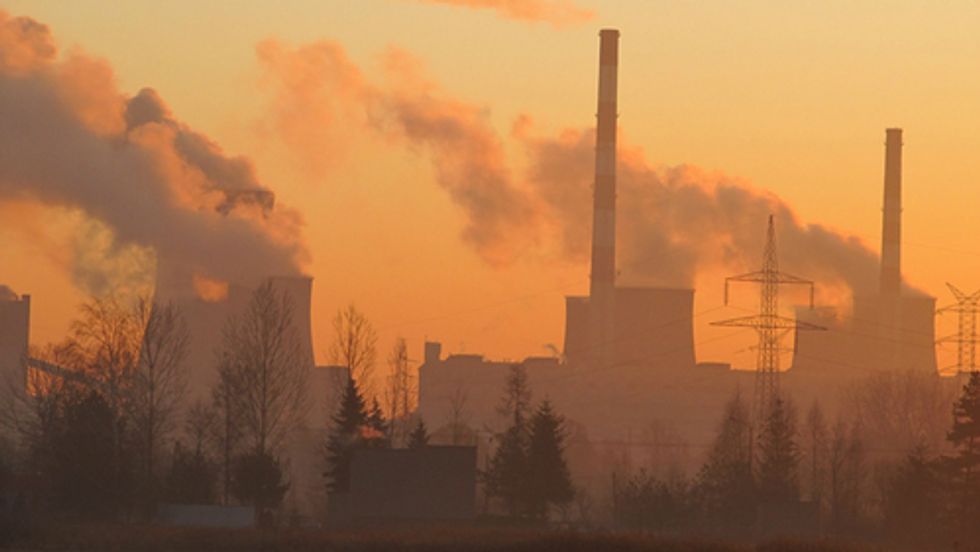 This is a big deal. On July 1, Australia will implement a carbon tax, which will be the second-largest emissions trading scheme in the world, second to the European Union. The Australian law, which narrowly passed the House of Representatives last year, imposes a $23.15 tax per ton of carbon, while offering billions in compensation payments to businesses and consumers.

Does that sound like a good or a bad idea? Hold your horses. As we all should know, your reaction to this question has a lot to do with your ideological biases. But more on that later, as the comments section will offer plenty of opportunities for instant reactions.

As we look for the most effective ways to transition to a low-carbon economy, the eyes of the world ought to be turned on Australia in order to see how this experiment plays out. And give it time. In the video below, Big Think Chief Economist Daniel Altman explains the benefits and the difficulties of taxing so-called "externalities," such as carbon emissions.

As Altman explains, this concept was developed by the British economist Arthur C. Pigou, who suggested that governments could tax the externality "by exactly the amount that it costs society." Such taxes are known as "Pigouvian taxes," which are levied against those activities that cause negative externalities.

If we look at carbon emissions in Australia, the government is saying a ton of carbon emissions costs approximately 23 Australian dollars. This tax, of course, will make production more expensive and therefore incentivize a company, according to Altman, to "pull back on production perhaps to a level that would be more efficient for society and social welfare as a whole."

Now for the more complicated part, especially if you're trying to run a business. "If you’re trying to estimate the size of that externality," Altmate says, "it could be quite different depending on what else is happening in your economy or how much emissions is actually going out of the factories in a given year." This is a potentially onerous burden on companies who will need the help of economists and technicians to constantly "re-estimate how big that tax should be."

"So this tax can be a very neat solution economically, Altman says, "but a very difficult one to implement as well."

With that said, as much as you might view this tax as "onerous," if you are a business owner, you need to understand this trend as a sink-or-swim moment, as, after all, no one wants to be swimming against the current. In the global environment, if you can spend less by polluting the environment less, you will be a winner. If you want to burry your head in the sand, you have probably already lost whatever game you are playing.

If we consider exports, the question of taxing externalities gets more complicated. After all, it's boom times for Australia's coal exports. As Andrew Revkin of The New York Times asks, when a country exports CO2, who owns it?

The complications don't end there, of course, as the carbon tax is not simply a question of economics. The externality that is carbon pollution has become a slippery political football that has been fumbled repeatedly by politicians and self-proclaimed experts who claim to know better than climate scientists. In a recent column, Thomas Friedman yearned for the kind of bipartisan consensus around climate change that he observed in countries like Australia and New Zealand, where "there is no serious debate about climate science."

The political climate Friedman describes stands in marked contrast to the often poisonous atmosphere in the United States. After all, it is difficult to have an honest debate about the impact of negative externalities such as carbon emissions. Consider a recent battle over legislation in Virginia that aimed to study the economic impact of rising sea levels on the threatened coastal city of Hampton Roads. That bill would not pass until the language "relative sea level rise" was stricken, in favor of "recurrent flooding." Worse yet, the state of North Carolina forbids state agencies from even considering the affects of global warming when they make sea-level rise projections.

That is no simple matter of semantics. The Coastal Resources Commission has warned that sea levels could rise 39 inches or more by 2100. (Editor's note: this would be a good question to bat around in the comments section: North Carolina, if you want to deny climate change, that's your right, but is it really your right to be so incredibly irresponsible? After all, who will you come crying to when your homes are washed away? A possible retort: use historical evidence, not alarmist predictions based on hypothetical numbers and speculation. I'm not buying that argument, but this should be fun...)

So is it time to follow Australia's lead and impose a carbon tax in the U.S. and other countries such as Russia and China? A good place to start is by elevating the level of the conversation, so that politicians from both parties might be able to utter the words "carbon tax" without the fear that they are committing political suicide.