The Beholder's Response: How the Brain Responds to Ambiguity in Art

As a spectator you generate a fair amount of creativity in reconstructing an image in your head in a way that is unique for you and is slightly different for me. 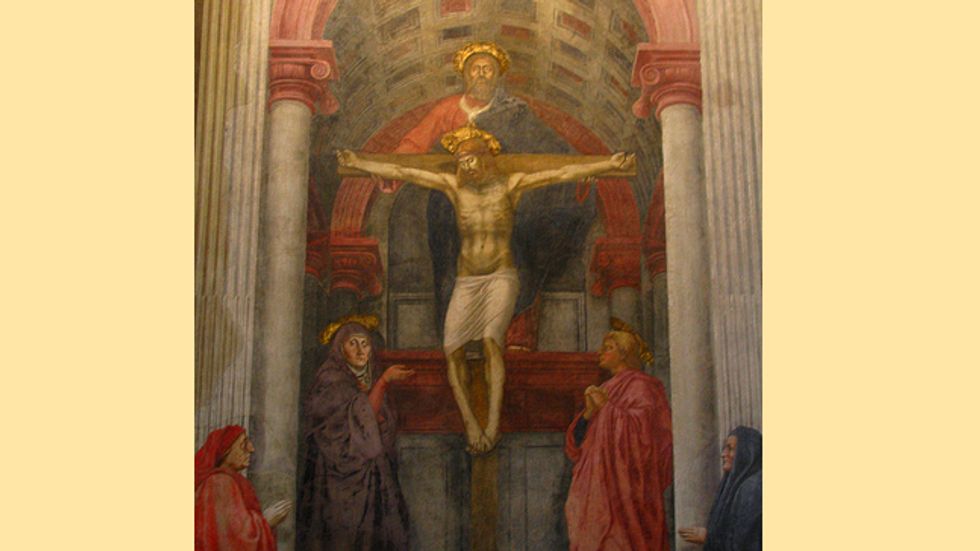 The images in art, writes the neuropsychiatrist Eric Kandel, "like all images, represent not so much reality as the viewer's perceptions, imaginations, expectations, and knowledge of other images--images recalled from memory."

In this sense, the creative process of the artist parallels the creative operations of the human brain in everyday life, a subject that Kandel explores in depth in The Age of Insight: The Quest to Understand the Unconscious in Art, Mind, and Brain, from Vienna 1900 to the Present.

Art evolved, and found ways to more deeply engage the beholder, Kandel tells Big Think in a recent interview, when "you see that there’s a conscious attempt on the part of the painter to paint people who look at you, who interact with you."

For instance, in Velazquez's Las Meninas, the spectator himself is the subject of the painting, as we are captured by the gaze of the painter. This is a significant break from early Renaissance art that is directed inward. The spectator is acknowledged and explicitly called out in the painting:

The Austrian psychoanalyst Ernst Kris studied the idea of the beholder's response very rigorously. Kris concluded that great works are great "because they are ambiguous." In other words, they allow for alternative readings. Consider Masaccio's Holy Trinity, 1425-28, at the Santa Maria Novella in Florence, which is the image at the top of this post.

Kandel says that while we lack "a deep understanding of the Beholder’s Response, it’s interesting that if you put together what we know from disorders of brain function and the normal physiology, we begin to understand an outline what the beholder’s response is."

In other words, the beholder’s share varies, meaning we are creating different images in our brains about a particular portrait, even though we are looking at the same object in the real world. And so while the artist exercises creativity in producing the image, "you, yourself, generate a fair amount of creativity in reconstructing it in your head and reconstructing it in a way that is unique for you and it’s slightly different for me," Kandel says. "This was a remarkable insight and has really given rise to the sort of the current understanding of what goes on in our head."

For instance, what is the meaning of Mona Lisa's expression? The great ambiguity in the portrait lends itself to different interpretations, and that is what makes it a masterful work. "If you focus on it with central vision, which sees detail, you don’t see the smile," Kandel points out. And yet, "if you focus on peripheral vision, which sees the broad outlines, you do better at seeing the smile."