When Does Learning Begin?

Diane Ravitch tells Big Think what really matters when it comes to learning, inside schools and out. Contrary to conventional wisdom, it's not K-12 teachers who are most responsible. 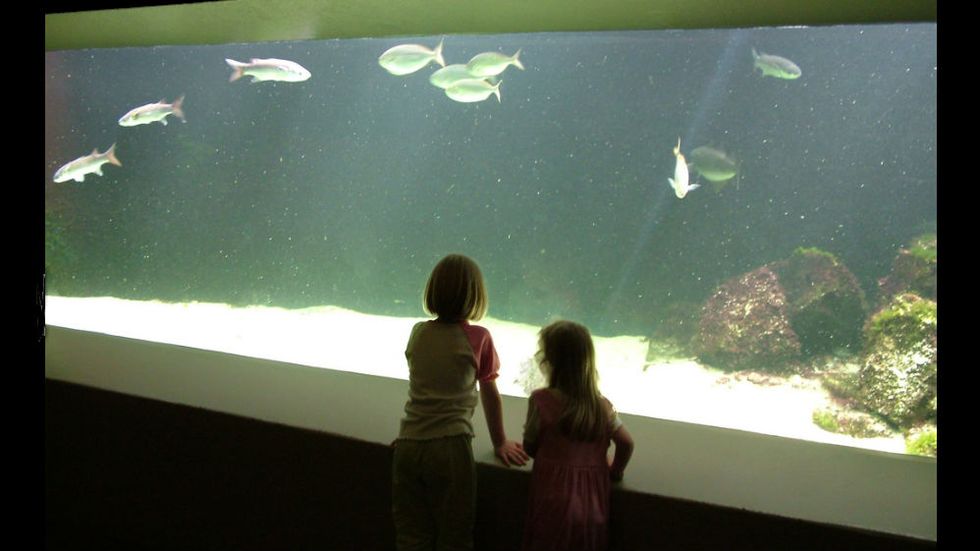 In a recent interview, the United States’ foremost educational historian Diane Ravitch told Big Think what really matters when it comes to learning, inside schools and out. Contrary to conventional wisdom, she says, it's not K-12 teachers who are most responsible for kids' progress -- ages 0-5 are some of the most developmentally important, with continued resonance throughout one's entire life. Watch the video:

The point is that before they’ve ever set foot in a public school, there are dramatic developmental differences between children, and these differences often fall squarely along socio-economic lines. “As a friend put it to me, ‘it’s folk wisdom that teachers are uniquely responsible for what happens to children,’” says Ravitch. “But, actually, it’s not folk wisdom. There is a kind of a wiser understanding of how children grow and develop and learn that recognizes that children’s first educator is their family, and that nurturance really matters.”

The 2001 No Child Left Behind Act, which requires schools to bring 100% of students to reading and math proficiency by the year 2014, was intended by policymakers to address the decades-long achievement gap between students from low-income families and students from middle or upper class families. Ravitch, the Assistant Secretary of Education under President George H.W. Bush, was an early supporter of the legislation. But by most accounts -- including Ravitch's --NCLB has failed to bring about the equality of opportunity it called for. Why?

Arne Duncan, President Obama's Secretary of Education, has derided the bill as "utopian." But critiquing NCLB on this basis is irrelevant. Of course American parents and politicians want all children to be able to read and do basic math. The problem with NCLB was not that it aimed too high. The problem is that it did not provide school communities with the guidance and support that would have helped them carry out its goals effectively.

Our understanding of child development is always evolving, and it is now clear that learning begins at birth or earlier. The emphasis on teacher quality by pro-NCLB education reformers (whom Ravitch refers to as "the corporate reform movement") overlooks this fundamental fact: there is no consistent evidence linking teachers’ characteristics, or even their credentials, to student achievement. What we do know is that children gain major intellectual and development advantages from early childcare and that these advantages persist into adolescence.

“Children’s brains and children’s attitudes are formed in the first five years of life, and children’s opportunity to learn is affected by the homes in which they grow, the communities in which they grow, their respect for learning, their respect for teachers,” says Ravitch. The makings of the achievement gap are already there on the first day of school, and it’s correlated with “different ethnic backgrounds, where poverty and affluence matter a great deal.” In 1998, the National Center for Education Statistics (NCES), the primary federal entity for collecting education data in the U.S., undertook the first ever longitudinal study to assess early knowledge, skills, health, and behavior in young children, following them from kindergarten through fifth grade.

The study found that prior to entering school, "substantial minorities of children are already experiencing risks for developmental difficulties, with one in five being described as overly active, one in sixhaving problems concentrating for sustained periods, and one in nine not articulating words clearly or fluently."

A report analyzing the data explained that prior to learning to read, write, or calculate, "children must acquire rudimentary skills that serve as stepping stones toward mastery of the more advanced and complex skills.” Some kids learn these skills from parents and siblings before entering school, others learn them at daycare. But some children don’t learn them at all. And “children who have mastered these skills in the preschool years are more likely to learn to read, write, and calculate” earlier and more proficiently than those who haven’t.

The lesson is clear: any program which seriously intends to promote learning for all will have to start early. Children are already forming their understanding of the world and navigating how they will relate to it as toddlers.