How could Lance Armstrong, the most famous and most highly-scrutinized cyclist in the world repeatedly pass drug tests while actively doping over the course of a decade? 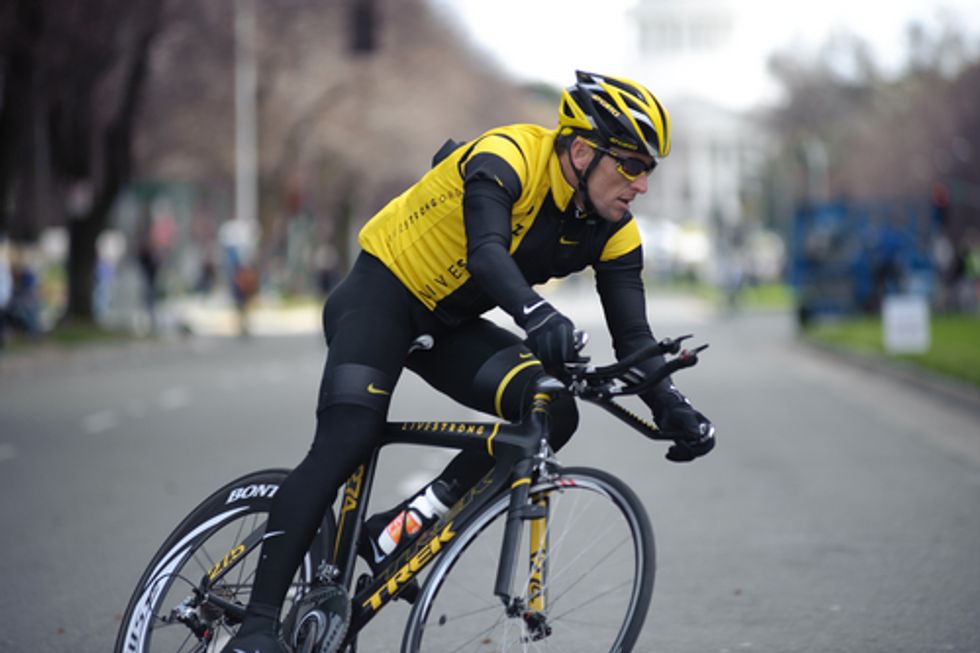 How could Lance Armstrong, the most famous and most highly-scrutinized cyclist in the world repeatedly pass drug tests while actively doping over the course of a decade?

The U.S. Anti-Doping Agency attempted to answer that question with a lengthy report that described Armstrong as the ring leader of the "most sophisticated, professionalized and successful doping program that sport has ever seen."

But that's not the full story. If you want to pass a drug test, it also helps to have a system that is full of holes and tends to turn a blind eye. After all, it is well known that cycling is a sport in which cheaters prosper. As a New York Times info graphic makes clear, since 1998, "more than a third of the top finishers of the Tour de France have admitted to using performance-enhancing drugs in their careers or have been officially linked to doping."

12 of the last 15 Tours de France have been won by blood dopers (4 different men).

Armstrong was only caught when fellow cyclists broke a code of silence and informed on him. So how did he get away with it for so long?

According to the report, Armstrong and the members of the U.S. Postal Service Cycling team became experts on their own blood chemistry. They would dope regularly, but use small amounts, or "micro-doses" which they would take at night so as not to fail a test in the morning.

If all else failed, Armstrong and his racing team would simply hide from the anti-doping testers. They evaded them by making last-minute travel changes, skipping certain races, alerting each other about unannounced tests through text messages or, according to The New York Times, by simply not answering the knock at the door:

The simplest was pretending not to be home when the testers arrived. As long as they were in the city they had reported as their locations, the riders found they would not receive a warning for not answering the door.

Not everyone who is looking to avoid a drug test can use this tactic, especially if you have to report to a place of business. Not to worry. If you are compelled to take a drug test there are plenty of ways to cheat, many of which were perfected by Armstrong. In fact, Armstrong's case reveals just how inadequate drug testing methods are for athletes, and how the same often holds true for drug screenings in the workplace or in schools.

Drug screenings may involve the testing of urine, hair follicles, blood or saliva. Agents such as detox drinks, shampoos, concentrated synthetic urine substitute and even saliva neutralizing gum have been marketed to beat these tests. An electronically controlled heater called "The Urinator" is designed to deliver the urine substitute at the right temperature.

Indeed, a whole cottage industry has sprung up to help people get clean in time for a drug test. Of course that doesn't mean that some of these products aren't complete scams. Nonetheless, there are plenty of sophisticated and proven methods for cheating.

According to a report in the College Athletic Trainers' Society newsletter, "athletes have always been on the leading edge of new techniques to defeat the drug monitoring process, with advice provided by physicians, pharmacologists, medicinal chemists and others with scientific expertise to develop methods that interfere with testing procedures or technology." Their strategies and techniques are divided into three areas:

Smuggling a "clean" sample such as urine in a balloon or condom and substituting it at the testing lab. Other manipulation techniques involve diluting the sample.

High doses of Salicylate (Aspirin) have been found to interfere with the most commonly used drug screening technology. Salt, vinegar, bleach, Visine, nitrites and chromates are other examples of substances that have been used to beat the test.

Masking involves the use of a drug or chemical to alter the pH of blood or urine. Armstrong's drug of choice was the blood booster EPO. When injected directly into the vein this anemia drug would be gone without a trace in a matter of hours. Therefore, Armstrong and his teammates would time their usage. In a pinch, a doctor would smuggle Armstrong a saline infusion that would dilute his blood.

Only time will tell if Lance Armstrong gets a pass from his fans (including this writer, who is still quite dumbstruck), as well as from the law. However, the big idea behind this story is bigger than Lance Armstrong. Athletes like Armstrong are exemplary scenarios, embodying a desire that the rest of us possess, which is to upgrade our biology. That is why athletes are on the leading edge of techniques to defeat the drug monitoring process. Armstrong's case shows us just how effective these efforts can be. Armstrong evaded testers for over a decade, using a wide array of techniques.

There are important implications here not only for the integrity of sports but also for public safety and law enforcement. If we want to ban certain substances because they are harmful to society we need a much more effective method to test for them. The ability to mask our physical conditions could otherwise have deadly outcomes. What if drunk drivers, for instance, are able to effectively mask their conditions and therefore participate in dangerous behaviors undeterred? What if an airline pilot is able to hide a drug addiction as effectively as Lance Armstrong?

We are an incredibly drug-dependent society and that will not change anytime soon. Kathleen Sharp, writing in The New York Times, describes "the seductive power" of EPO, the multi-billion dollar anemia drug Armstrong used and "how our health care providers and our culture pushed its irresponsible use." Sharp argues that in "our get-rich, quick-fix, more-is-better culture," we are all culpable:

We live in a world where the 7-year-old reality TV star Honey Boo Boo feels the need to drink “go-go juice” (a blend of Mountain Dew and Red Bull) just to maintain her energy and ratings; where a seven-time winner of the Tour de France feels emboldened to lie repeatedly about doping; where doctors would risk the health of their patients to make them better, quicker, and to make themselves richer.

It’s too bad about Lance Armstrong. But the real shame is that, in our get-rich, quick-fix, more-is-better culture, we are all culpable in this blood-doping scandal — both on and off the race course.