Joi Ito: I'm Not a Futurist, I'm a Nowist

Joi Ito says the key to innovation is not the ability to see things through a crystal ball, but rather, to figure it out as you go along. 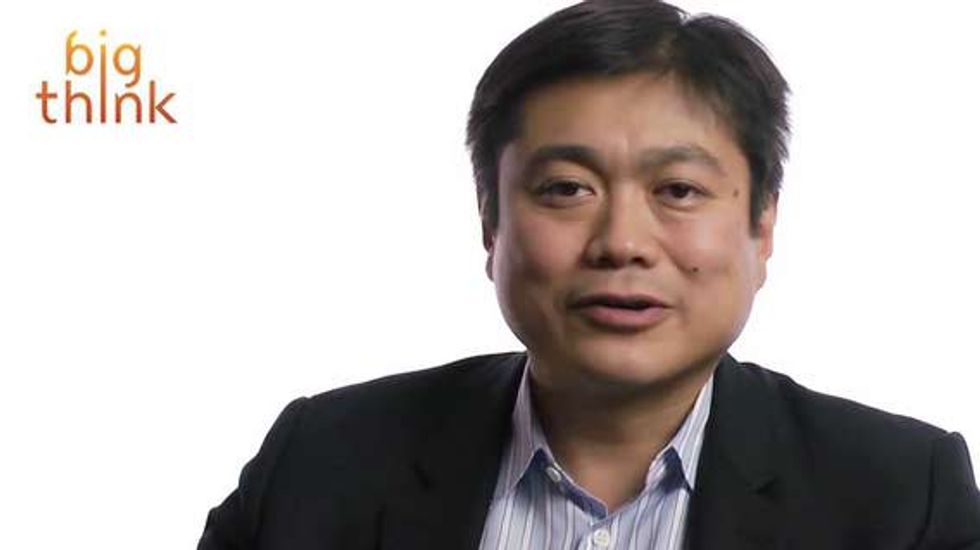 At this time of the year many people like to get into the business of predicting the future. We want to join in the fun, and that is why Big Think has been surveying key experts to peer into their crystal balls. We have already heard from Daniel Burrus, who presented 20 game-changing technology trends, and we look forward to presenting more big ideas for 2013 throughout the month of December.

Few people can discern the future as well as Joi Ito. The current director of the MIT Media Lab is a venture capitalist and was an early investor in Twitter, Technorati, Flickr, Kickstarter and many other successful Internet companies. He has also founded his own highly successful startups, such as PSINet Japan, Digital Garage and Infoseek Japan.

Ito has likened early stage investing to anthropology. You have to be really good at figuring out how behaviors are changing. Ito is evidently very good at this. Just don't call him a futurist.

Ito told us that "if everybody had to predict what the future was when they started companies, none of those companies would be successful." Take Youtube. It started out as a dating site. PayPal started out as a mobile app. Both of those companies had to evolve in order to become successful. That is why Ito says the key to future success is "the ability to iterate, the ability to try new things," and essentially figure it out as you go along. Another general guiding principal is that "the cost of an awful lot of things is going to go down."

The futurist co-founder of Singularity University, Peter Diamandis, is fond of saying "the best way to predict the future is to invent it." Ito offers a corollary to this: the devil is in the details. "There's so much serendipity," Ito says, "in the evolution of products and services on the Internet."

In other words, you can't really predict the future at a great level of detail. You might be able to spot broad trends, but the timing in which these trends actually happen has a lot to do with serendipity: "whether you have the perfect product and the product guy meets the perfect VC and that generates the whole thing."

So what's the best way to predict the future? Ito says rather than trend-spotting it is much more important to focus on "what we have now" and focus on the process that will move an idea forward "rather than trying to predict what it’s going to be like five or 10 years from now."

“The world is full of expertise,” Ito says. “What it lacks is agility and context.” That is why Ito compares his role as MIT Media Lab's director to being a DJ:

How many people are at the bar drinking? How many people are on the floor? What kind of people are in the room? What time of day is it? Success depends on whether you can correctly interpret individuals, anticipate their reactions, and ultimately bring a disparate group together as a cohesive whole.