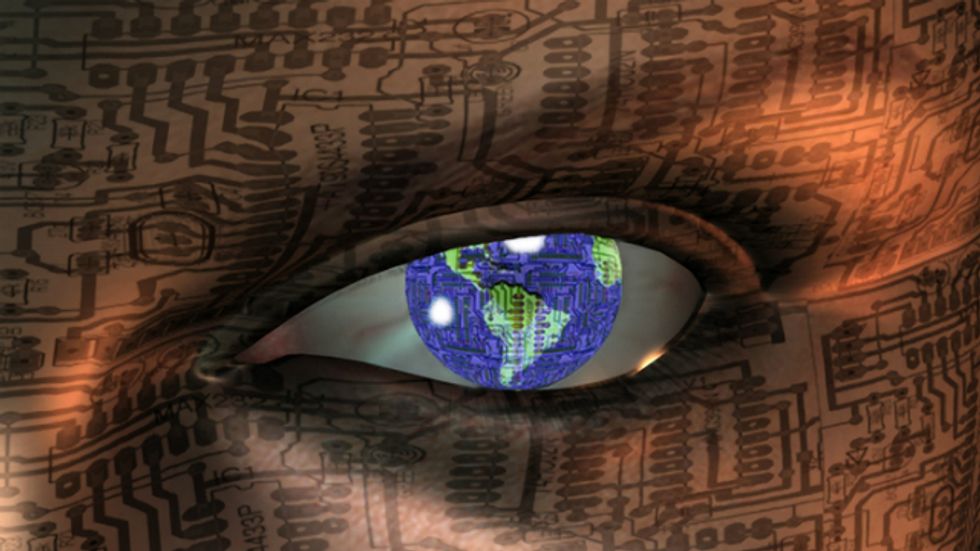 This month’s buzz award was won by Google’s secretive Project Glass, a concept in development by Google X Lab that promises to replace our smartphones with augmented reality glasses. It’s anticipated that this exciting futuristic eyewear will be available next year in stores. But Google Glasses are Sony’s Walkman compared to what’s expected to be consumer-ready in the next 5 to 10 years: Project contact lens.

You wake up in the morning, rub your sleepy eyes. As you’re getting ready to face the day you put in your contact lens, which will make the Internet and all your files, playlists, GPS, favorite apps, and addicting games literally available with the blink of an eye. Scientists are already at the animal testing phase of the technology that will make this possible. (Yes, but who would want to wear a contact lens if one didn’t have to, might be the counter argument.  Around a hundred million people wear contact lenses; so this technology has a significant market of potential early adopters. It would only be a matter of time before it caught on.)

Making this technology functional, comfortable, and safe is the work of Babak Parviz, a bionanotechnology expert at the University of Washington, in Seattle. The idea came to him from morning after morning of putting in his contact lenses.  So he’s made it his mission to assemble an energy-storage module, telecommunication and power reception antenna, biosensor module, solar cell module (for additional power), and other highly sophisticated bit parts onto a consumer ready 1.5 square centimeter, transparent contact lens. An illustration of this micro juggling act of massive implications is available here: http://spectrum.ieee.org/biomedical/bionics/augmented-reality-in-a-contact-lens/eyesb1

The functionality of Google Glasses, seen in this now epic product video, will be available on the contact lens; the major difference, of course, is display: While Project Glass uses a tiny screen in the upper corner of sleek eyewear, “Project Contact Lens”—as I’m calling it—will achieve the same effect of a screen hovering in the air in front of you but by layering micro-lenses onto the contact lens. The layering will require spacing a pixel and a microlens 360 micrometers apart to push the virtual image away from the cornea. Those images will come to life with LED chips that Parviz says he hopes will be “an array of 3600 10-µm-wide pixels spaced 10 µm apart.” All this technology creates heat; for obvious safety reasons, Parviz must ensure that the final product’s temperature stays below 45 °C.

For IEEE.org, he writes:

All the basic technologies needed to build functional contact lenses are in place. We’ve tested our first few prototypes on animals, proving that the platform can be safe. What we need to do now is show all the subsystems working together, shrink some of the components even more, and extend the RF power harvesting to higher efficiencies and to distances greater than the few centimeters we have now. We also need to build a companion device that would do all the necessary computing or image processing to truly prove that the system can form images on demand. We’re starting with a simple product, a contact lens with a single light source, and we aim to work up to more sophisticated lenses that can superimpose computer-generated high-resolution color graphics on a user’s real field of vision.

This juggling act that Parviz and his team are working to master requires them to make all the needed parts from scratch, and then cover the parts with a biocompatible substance to ensure that they are completely safe for the eye.

While this technology may make some people squeamish and conjure up images of Dali’s Un Chien Andalou, it is the inevitable evolution of smart phone technology.  And from there, we can expect to see the product video for “Google Brain Chips” or the like.

The reason why Google Glasses will become obsolete is because the contact lens, by its very nature, has the greater chance of exploiting the remarkable processing power of the human eye. When the rate of information exchanged between the eye and the brain makes the highest speed internet connection look like a tortoise in a race, Project Contact Lens signals an important gateway to fully harnessing our natural power.

If Google wants to own this space, it should forfeit its “Facebook killer.” With the thrilling potential for smartphone nanotechnology, why would C.E.O. Larry Page continue to play Gargamel to Mark Zuckerberg’s Papa Smurf? The Facebook-obsessed Page should instead allocate his Google+ budget to more Google X Lab R&D.

Memo to Larry: “Don’t be Evil or Redundant.”