From AI to Mass Shootings, Neuroscience Is the Future of Problem Solving

David Eagleman, neuroscientist and host of 'The Brain' on PBS, will speak at the Los Angeles Hope Festival on Sunday, May 21. The event is free but seats are limited. 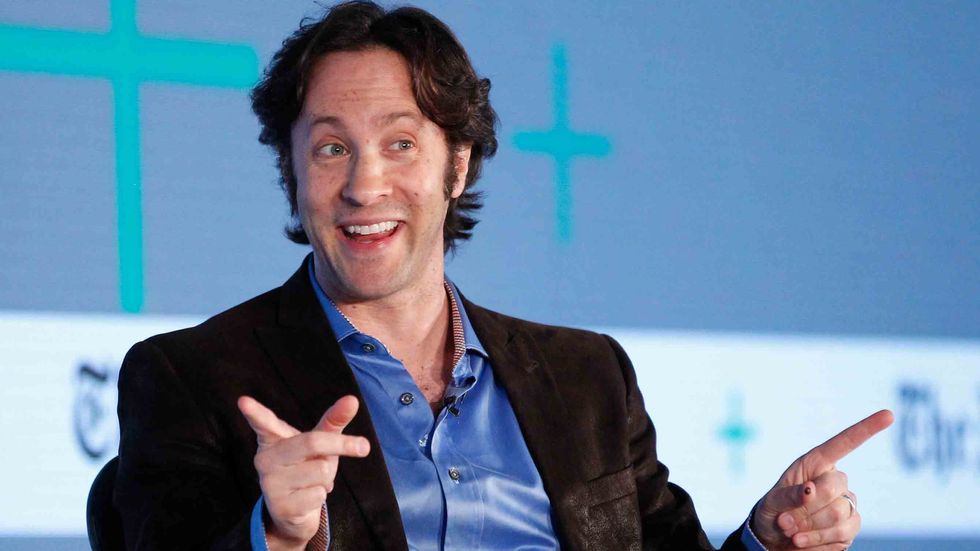 David Eagleman, neuroscientist and host of 'The Brain' on PBS, will speak at the Los Angeles Hope Festival on Sunday, May 21. The event is free but seats are limited. RSVP here.

David Eagleman isn't your garden-variety neuroscientist—if there is such a thing. His former neuro lab at Baylor College of Medicine built the technology to help deaf people hear through their skin: "One of the things my lab is doing is building a vibratory vest so that we can feed in sensory information through the skin of your torso rather than through more typical sensory channels. So, for example, we're doing this for people who are deaf who want to be able to hear. We set up a microphone on the vest and then the auditory stream is turned into this matrix of vibrations on your skin, and what that does is it feeds in electrical signals into the brain that represent the auditory information.

"And if it sounds crazy that you would ever be able to understand all these signals through your skin, remember that all the auditory system is doing is taking signals and turning them into electrical signals in your brain," he says.

That vest was recently put to a very scholarly use:

"There's no such thing as a psycho. That's a meaningless term. What the commentator presumably means is either this person has a psychosis, something like schizophrenia where they have a disorder of cognition, or they mean this person is a psychopath which is not a disorder of cognition. Instead psychopathy is about having no empathy towards other people, not caring at all about other people, seeing other people as objects to get around. They're also known as sociopaths. So somebody can have a psychosis or somebody can have a psychopathy or sociopathy, and these are completely different things.

"An understanding of these things in the public dialogue I think would be very important; every time there's a mass shooting there are all sorts of commentators that come out and say things like, 'Well, I heard he had Asperger's' or 'I heard he had ADHD,' or, 'I heard that he wrote dark poetry,' which is, of course, true of most young teenagers. So a better understanding of the vocabulary and what are the issues that come along with these different things is something that I try to disseminate through my work in neuroscience and law." For his talk at the Los Angeles Hope Festival, Eagleman will present ideas from his new neuro lab at Stanford University School of Medicine, presenting a framework of the brain as a team of rivals, with different networks driving different behaviors. He'll discuss how a major job of intelligent brains is simulation of the future, and he'll leverage lessons from neuroscience about how we can best steer ourselves into the future—keeping our behavior consistent with a long-term notion of the self. Tickets are free but seats are limited, so RSVP here.

Below is the full schedule for the Los Angeles Hope Festival.