An Information Diet for the 2012 Election: Tips from the Experts

The noise of the long campaign may not only be annoying, but also bad for your health. Big Think experts suggest effective ways for dealing with the over-consumption of information. 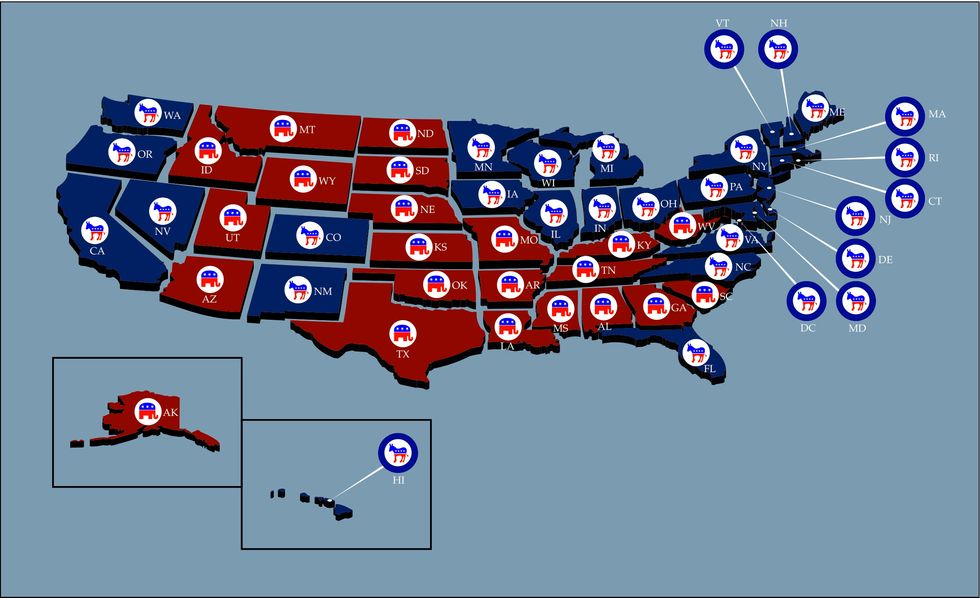 There are only two weeks left in the presidential election, which for many people is two weeks too many. In fact, nine months ago, 57 percent of respondents said that the election had already gone on too long, according to a Pew survey.

After many months of campaigning, the candidates are exhausted, putting themselves in danger of committing gaffes or disturbing outbursts like the sleep-deprived and over-wired Howard Dean scream of 2004.

But what about you - the voter? According to a survey of Big Think experts the noise of the long campaign may not only be annoying, but also bad for your health. However, our experts also suggest effective ways for dealing with the over-consumption of information.

Some of us waste hundreds of hours of our lives, as David Brooks recently pointed out, by checking poll after poll. And what is the result? We learn nothing, except perhaps a hazy understanding of who is more likely to win Ohio at this moment in time. That "banal observation" is not a good return on investment.

Tweeting during the presidential debates was also not an example of time well spent, as Maria Konnikova recently pointed out, because this multitasking actually served to distract people from the substance of the debates.

So what is the effect of these types of activities? "This stuff is about your health, not about productivity or politics or fact-checking," says Clay Johnson, author of The Information Diet. Johnson tells Big Think the consequences of information over-consumption are dire: "I think that having a healthy information diet will actually make you live longer and having a poor information diet will kill you faster."

Blogger Maneesh Sethi has a novel approach to cutting out distractions. He hired an assistant to slap him in the face whenever he procrastinated.

Clay Johnson, on the other hand, presents what he calls a healthy framework for information consumption. Johnson says the problem is based on supply and demand. On the one hand, we have the need for constant affirmation of our views. That demand gave rise to "industrialized media companies" who carry "a fiduciary responsibility to produce cheap and popular information, and that’s led us down the road of Glenn Beck and Sarah Palin and Keith Olbermann and Rachel Maddow." Johnson says these talking heads "don’t really want to inform us." Instead, "they want to affirm us."

The auto entrepreneur Jack Hidary tells Big Think your information consumption habits need to change from reactive to proactive. Here is one basic thing that Hidary says you can do:

First, change the default page on your browser every two weeks.  I know this might sound crazy.  Just try it out.  Just go to your browser.  Many of you might have a certain news site as your default.  You might have a certain blog as your default page when your browser comes up. Change that default every two weeks. You cannot imagine the kind of serendipitous thoughts that you personally are going to have.

David Ropeik, who writes the Risk: Reason and Reality blog on Big Think, also suggests getting your news from a variety of sources because "that means there are more gatekeepers between what there is to know. Ropeik says he purposely tries to avoid getting information from known ideological points of view because they're predictable. "That's not going to help me make an informed choice," Ropeik says.

These tips aren't only useful for getting through the next two weeks of the election, of course, but are broadly applicable.

Clay Johnson suggests tools such as Rescue Time, which measures your intake of information, and Sanebox, a service Johnson describes as "an advanced spam filter that basically only puts the important messages up in front you."

So try those tips out and you will be well on your way to a healthy information diet.

For those of you who would like to consume more information, you can watch the full interview with Clay Johnson here: