22 Ways Algorithms Know How You'll Behave Before You Do 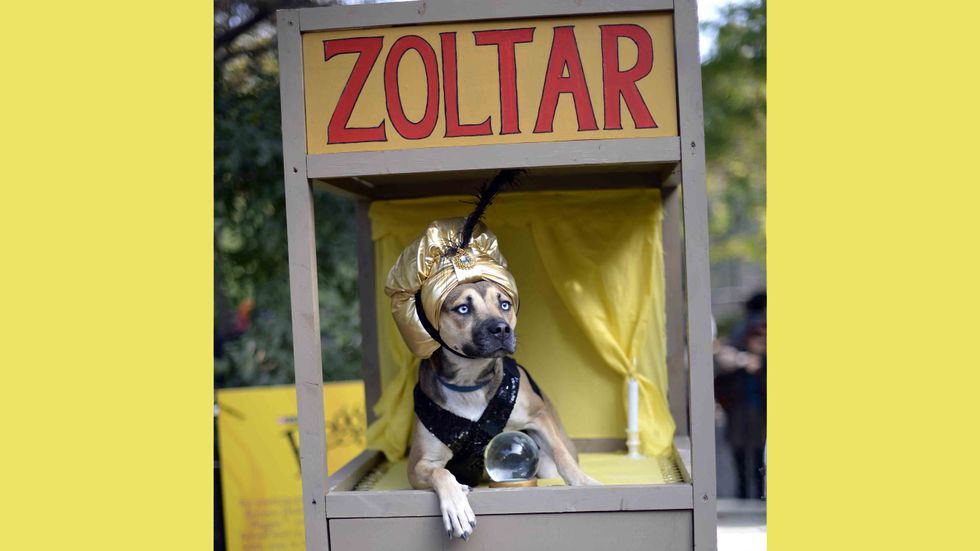 The future is the ultimate unknown. It's everything that hasn't happened yet.

Prediction as a capability is booming. It reinvents industries and runs the world. More and more, predictive analytics drives commerce, manufacturing, healthcare, government, and law enforcement. In these spheres, organizations operate more effectively by way of predicting behavior—i.e., the outcome for each individual customer, employee, patient, voter, and suspect.

New groundbreaking stories of predictive analytics in action are pouring in. A few key ingredients have opened these floodgates:

I've listed below a slew of examples—from the likes of Facebook, the NSA, Hillary for America, Uber, Airbnb, Google, Shell, UPS, Amazon.com, Coned, Yahoo!, and the U.S. government.

Facebook: Predicts which of 1,500 candidate posts (on average) will be most interesting to you in order to personalize your news feed. To optimize the order of content items, the News Feed ranking algorithm weights around 100,000 factors such as recency, likes, clicks, shares, comments, time spent on posts, poster popularity, your affinity for the poster and content area, and measures of relevance and trustworthiness. This intensifies the “addictive” engagement, with two-thirds of Facebook’s 1.44 billion monthly users logging in daily.

Who’s in a photo (aka facial recognition)

Facebook: Improved the state of the art for identifying people from photos to virtually the same performance level as a human: Given two face images, it can determine whether they’re the same person with 97 percent accuracy. Facial recognition helps users tag photos, which they do more than 100 million times a day. The company has also developed predictive models to identify people even if it can’t see the face, achieving 83 percent accuracy when faces are at least partially obscured half of the time, based on elements such as clothing, hair, and pose.

Clicks in order to select which to display

Facebook: In order to increase revenue from its pay-per-click advertisers, predicts ad clicks based on user attributes, device used, and contextual factors.

Where you are going

Uber: Can predict the specific destination address of San Francisco riders based on exact drop-off location with 74 percent accuracy, despite, for example, how many businesses there are within 100 meters in a typical city area (just taking the closest candidate address achieves 44 percent accuracy).

Acceptance of booking request in order to match guests to hosts

Accommodation bookings at a given price–for dynamic pricing

Airbnb: Suggests each day’s price for an accommodation listing (the “Price Tips” feature) by way of predicting whether the listing will be booked—predicted demand directly informs optimal pricing. Bookings are predicted by day of the week, seasonality, and local events, as well as characteristics of the listing such as the neighborhood, size, amenities, key words like “beach,” number of reviews, and photographs. Hosts who set prices within 5 percent of the suggestions improve their chance of booking by a factor of nearly four.

Spam to send it to your spam folder

Google: Decreased Gmail’s prevalence and false positive rate of spam from disruptive (in 2004) down to negligible.

RightShip: Predicts dangerous or costly maritime incidents in order to assess vessel risk that informs shipment decisions when selecting between vessels. The 10 percent highest-risk vessels are three times more likely than average to experience an incident in the next 12 months, and are 16 times more likely to incur a casualty than the 10 percent least risky. Risk assessment is based on vessel age, type, carrying capacity, origin, registration, ownership, management, and other factors.

Deliveries—which addresses will receive a package

UPS: Cut 85 million miles from annual delivery vehicle driving with a semiautomatic optimization system that plans vehicle/package assignments, as well as package placement within the vehicle, based upon each day’s analytically predicted delivery destinations.

Amazon.com: Thirty-five percent of sales come from product recommendations. The company may also develop “anticipatory shipping” that would proactively place packages before they are ordered at hubs or on trucks in order to reduce delays between ordering and receiving purchases, for which it has obtained a patent.

Hillary for America 2016 Campaign: Given Obama’s success with persuasion modeling in 2012, Hillary Clinton’s 2016 campaign appears to be planning to employ it as well. Analytics job postings reveal they’re going to be “helping the campaign determine which voters to target for persuasion.”

City of Boston: Sponsored a competition that generated the ability to predict whether a restaurant will have more violations than normal with 75 percent accuracy, in part by way of discovering clues within Yelp reviews, in order to target city health department inspections. Similar work for Seattle restaurants distinguished severe violators with 82 percent accuracy.

City of Chicago: Identified 5 percent of homes that are at more than twice the risk for lead poisoning incidents than average based on the age of the house, the history of lead paint exposure at that address, the economic conditions of the neighborhood, and other factors. This serves as an early warning system to proactively flag, as an improvement over the more common reactive steps taken after a positive test for poisoning. The risk scores serve to target homes for inspection and children for testing, and could help people determine safer homes to move to.

City of New York: Targets the fire inspections of its 330,000 inspectable buildings with a predictive model that assesses risk based on about 60 factors.

Con Edison: Predicts dangerous manhole explosions and fires in New York City, identifying a 2 percent of manholes that have a 5.5 times greater than average risk of an incident.

Yahoo! Labs: Developed a model to categorize photographic portraits as to the subjective human aesthetic of beauty with 64 percent accuracy based on various image attributes. The study determined “that race, gender, and age are largely uncorrelated with photographic beauty.”

U.S. Postal Service Office of Inspector General: Predicted the amount paid over market value for each of their 26,000 leased facilities (e.g., retail unit, plant, warehouse). Targeting facilities in the Northeast Region, USPS auditors projected that 250 of the leases predicted as most overpaid represent a potential savings of $6.6 million by way of renegotiating their next year of lease terms.

University of Iowa Hospitals and Clinics: Identifies cases greater than four times as likely to develop surgical-site infections. Targeting anti-infection therapy accordingly reduces the cost of each colorectal surgical procedure an average of $1,300 and will provide a projected annual savings of several million dollars once expanded to other forms of surgery.

Hopper: Predicts airfare changes in order to recommend to consumers whether to buy or wait. Ninety-five percent of these predictions save the consumer money or do no worse than the first price seen, saving users an average 10 percent on ticket price.

2. What’s done about it: the decisions driven by prediction; the action taken by the organization in response to or informed by each prediction.

We can confidently predict more prediction. Every few months, another big story about predictive analytics rolls off the presses. We’re sure to see the opportunities continue to grow and surprise. Come what may, only time will tell what we’ll tell of time to come.

These examples are new in this year's Revised and Updated edition of my book, Predictive Analytics: The Power to Predict Who Will Click, Buy, Lie, or Die. With these newly added cases, the book's central compendium of mini-case studies has grown to 182 entries (most were sourced from presentations at Predictive Analytics World, the event series I founded—for more information about each example, access the book's Notes PDF, available at www.PredictiveNotes.com, and search by organization name).