"What doesn't kill you makes you stronger." Really?

Sometimes what doesn't kill us makes us weaker. 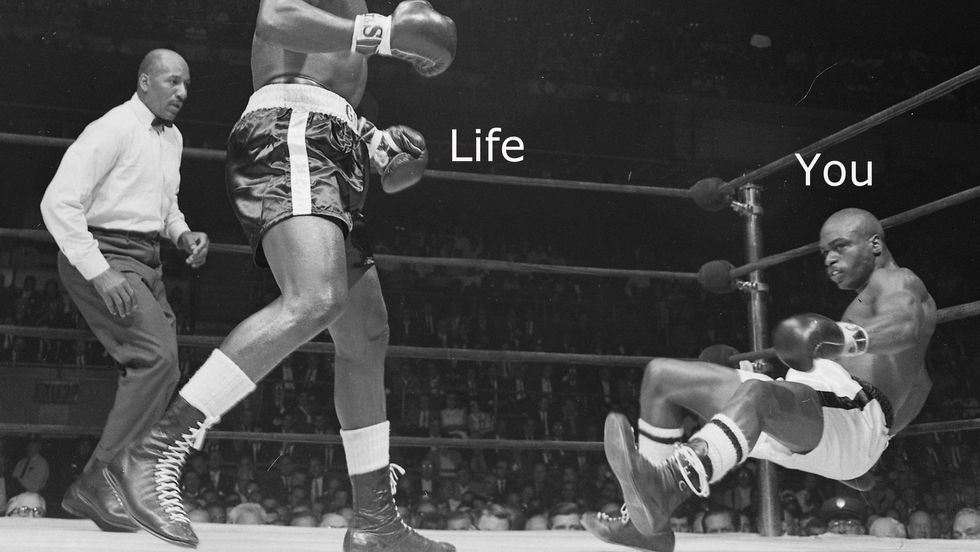 "That which does not kill us makes us stronger."

Nietzsche, history's greatest angsty teenage boy, blithely asserted this whopper of an untruth in his 1888 book Twilight of the Idols.

My first thought in response to the quote is simply: "No it doesn't," or "Tell that to a tetraplegic."

I have been accused by some commenters, though, of missing the point of phrases by taking them too literally, or of not understanding the motivation and reasoning behind the things I am taking down.

In deference to that, let me say that I recognize the thought behind this quote. It is often taken to mean something along the lines of the great Oscar Wilde line that "Experience is simply the name we give to our mistakes." It is meant to inspire an attitude of resilience and determination. The idea is that with the proper understanding and attitude, a man can stand up to anything at all and still progress in his life.

I chose those pronouns for a reason. My objection to this saying is about its relationship with conventional masculine idolatry.

In short, I think it serves to back up the sort of "default" understanding of what it means to be a man, by which I mean the ideal man associated with figures like Nietzsche and Hemingway. The lonesome, resilient, self-sufficient, cowboy adventurer.

I'll admit that it's an attractive idea, this ideal man. I love Death in the Afternoon. But it's a poisonous idea and aspiring to it is flat out dangerous on the grand scale.

I simply fail to see how the cardinal virtue, or any virtue at all, could be the ability to proudly stand up to the the onslaught of life, to weather the storm.

I know that this advice has been addressed to women too, and I'm not excluding them from its scope. In fact, this "ideal man" is such an infectious cultural value that women are, to a degree, expected to hold to it as well.

The Modern Ideal Man, who can just as well be a woman, needs to know that we are not virtuous in light of things like "death" and of "strength".

All we need to do to know that what doesn't kill us makes us stronger is to look around.

Nietzsche's struggle with Syphilis at the end of his life did not make him stronger. It weakened his body and mind, to the degree that his work was later able to be twisted into Nazi propaganda (while I find Nietzsche to be a childish philosopher and possessed of a silly and repulsive worldview, I must note that this really was twisting. I deny his complicity in the crimes of the Nazis).

While the attitude of resilience of nice, dealing with everything as though it makes you stronger if it doesn't kill you is simply unrealistic. In other words, believing Nietzsche's advice might involve some unintentionally ironic foreshadowing. It might actually get you killed.

Getting old or injured or defeated is painful and difficult and weakening and embarrassing. Everybody goes through this. No matter your attitude, something is going to knock you down from which you won't fully recover.

Consider the death of singer Enrico Caruso: recovering from several major surgeries and injuries and illness, he chose anyway to continue on a grueling concert tour and recording schedule. He exercised his resilient masculinity because he thought he could stand up to anything.

The fact is that sometimes what doesn't kill us makes us weaker. By rejecting Nietzsche immature advice, we open ourselves up to the understanding that the greatest strength is knowing that it's all right to be weak.