The midterm elections saw 9 new scientists elected to Congress, a positive trend in the anti-science climate supported by the White House. Scientists are prepared to fight. They can take some inspiration from Yuri Orlov.

An accelerator physicist suddenly acquired viral fame as a tweet about him highlighted a very unusual personal story. Coming upon the resume of the Cornell physics Professor Emeritus Yuri Orlov, another physicist by the name of David Kelliher pointed out that Orlov spent a significant amount of time in a KGB prison camp, enduring exile to Siberia, and deportation.

How did a Cornell Professor end up in a notorious KGB labor camp? Born in 1924, Orlov is a renowned human rights champion and dissident of the Soviet era. While he spent World War II as a factory worker making tanks and a Red Army artillery officer, his strong convictions made him unable to keep quiet during the oppressive years of the Communist regime that followed.

In the early 1970s, he was one of the founding members of the Soviet branch of Amnesty International, as states his Cornell bio. He wrote an infamous “Letter to Brezhnev” which defended the dissident nuclear physicist Andrei Sakharov and criticized the powers that be, demanding economic and political reforms, including glasnost. That letter got him fired from his research position and blacklisted – he was never again able to work as a scientist in the Soviet Union.

In 1976, Orlov founded the Moscow Helsinki Group to monitor how the Soviets complied with the Helsinki Accords, which were implemented to affirm post-World-War II borders and safeguard human rights. Orlov’s organization became one of the most influential humans rights groups in Russia and was the reason he found himself in a gulag 9 months later, when he was arrested for “anti-Soviet agitation and propaganda”. 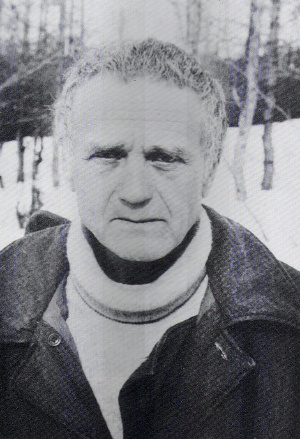 He had to spend almost 10 years in a hard labor camp in the extreme north of Russia. While in the Siberian exile, however, he wrote and smuggled out human rights documents and three scientific papers, which were later published in the West. Also while in Siberia, Orlov was nominated for the Nobel Peace Prize. Eventually, in 1986, his Soviet citizenship was taken away and he was deported to the United States in a Cold War deal that also had U.S. journalist Nicholas Daniloff being traded for a Soviet spy.

Upon his arrival in New York, Orlov redoubled his human rights efforts and looked to revive his scientific career. That’s when he started his research for Cornell as a senior scientist at the Newman Lab. He also joined the team at the Brookhaven National Laboratory. At the same time, he taught government, focusing on his human rights experience. Six years later, Orlov was elected to the American Academy of Arts and Sciences.

“Forty years ago it began – my motives, my view of the world,” said Orlov in a 1986 interview. “And at its basis was an examination of the world and a desire that it be better, for people. I had no external reason to become a dissident – nobody in my family had ever been arrested; I am not Jewish. I simply thought – thought and sympathized with the suffering of people. And then my thoughts turned to how to organize. There aren’t too many people in the Soviet Union who think as I do. Of course there are some, but because information is only official, the basic masses – the workers – have mush in their heads. The political consciousness that was in Russian workers before the revolution is lost.”

Among Orlov’s professional accomplishments is the design of an electron-synchrotron while he worked for the Yerevan Physics Institute in Armenia, research into theoretical issues like systemic errors and spin coherence time, as well as work on the origin of quantum indeterminism – a foundational question in quantum mechanics.

He also co-authored over 200 scientific papers and reports since he’s been in the U.S.

You can pick up a copy of Yuri Orlov’s 1991 memoir “Dangerous Thoughts” here.

Searching for truth in unorthodox ways can be a valuable exercise. But Anatoly Fomenko’s alternate world history is just plain weird.
Up Next
Health

Antimicrobial resistance is growing worldwide, rendering many “work horse” medicines ineffective. Without intervention, drug-resistant pathogens could lead to millions of deaths by 2050. Thankfully, companies like Pfizer are taking action.