Statistics on the number of women in tech careers reveal a hard truth: the industry is overwhelmingly dominated by one gender. In a 2018 study, women made up only about 25% of the United States’ tech workforce and those women often earn less than their male colleagues.

So in celebration of the small yet powerful tribe of women who are moving tech forward, we’ve compiled a list of some of the top thought leaders, founders, influencers, and CEOs in the industry. This collection of innovators and entrepreneurs runs some of the world’s biggest tech companies and most promising startups, but most importantly, they’re propelling the kind of future we want to be a part of.

Although there are many, many more tech leaders we could have included on this list, this group was selected based on their following and sphere of influence in the world today.

10 women in tech you should be following

Reshma Saujani, founder and CEO of Girls Who Code 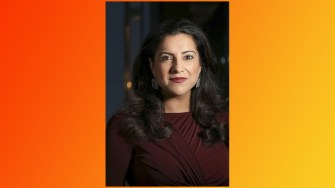 Reshma Saujani is a New York Times bestselling author and the brains behind the famous TED Talk, “Teach girls bravery, not perfection.” The daughter of refugees graduated from Harvard University and Yale Law School. In 2010, she became the first Indian-American woman to run for Congress.

“When I lost, I wanted to continue to make a difference,” Saujani told Adweek. “I figured the best way that I could do that is by creating opportunities for girls.” Two years later, she started the nonprofit, Girls Who Code, aimed at increasing the number of women in the computer science field. Follow Saujani for inspiring and informational tweets geared toward women in tech. 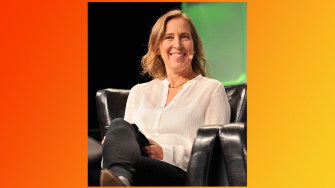 Topping virtually every list of female tech CEOs is Susan Wojcicki. Google’s sixteenth employee and initial marketing manager, Wojcicki contributed to the development of Google Images and AdSense as she rose up the ranks. The Silicon Valley native and mother of five eventually suggested the acquisition of YouTube, and became its CEO in 2014.

“Tech is an incredible force that will change our world in ways we can’t anticipate. If that force is only 20 to 30% women, that is a problem,” Wojcicki has said. We love the bold stance she takes against gender discrimination in her op-ed pieces, which include this must-read: “How To Break up the Silicon Valley Boys’ Club.”

Ellen K. Pao, co-founder and CEO of Project Include 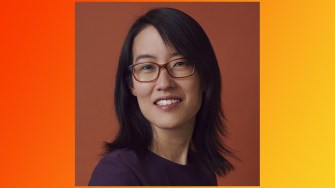 We couldn’t create a list of the top women in tech without including Ellen K. Pao. Pao served as the CEO of Reddit prior to co-founding Project Include – a nonprofit focused on improving diversity in the tech industry. She often speaks publicly on issues like sexism in Silicon Valley.

Pao entered the public spotlight in 2012, when she filed a $16 million lawsuit against her former employer, a venture capital firm, for gender discrimination. Despite ultimately losing the case, Pao stirred up much-needed conversations in the tech world and detailed her experience in her memoir, “Reset: My Fight for Inclusion and Lasting Change.” 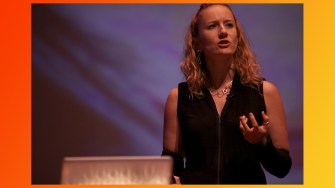 A nationally recognized scholar and thought leader, Danah Boyd founded her own research institute to address the ethical and legal implications of emerging technologies. She also currently serves as a partner researcher for Microsoft.

Boyd studied at Brown, MIT, and Berkeley. She attributes the fact that she survived high school to a misogynistic classmate who once told her that girls couldn’t “do science.” From then on, she was determined to prove him wrong. Today, her work includes countless thought-provoking publications on topics such as accountability in machine learning and media manipulation. 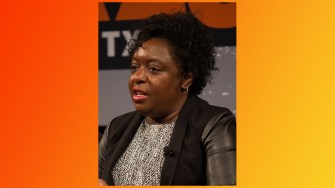 Kimberly Bryant used her 401(k) to start Black Girls Code in 2011. The struggle to find a diverse computer programming course for her daughter in the Bay Area inspired the nonprofit, which now has the mission of teaching a million girls of color how to code by the year 2040.

Having studied electrical engineering in college, Bryant said, “I didn’t want my daughter to feel culturally isolated in the pursuit of her studies as I had as a young girl. I didn’t want her to give up on her passions just because she didn’t see anyone else like her in the classroom.”

Among a long list of other well-deserved accolades, Bryant was named a Champion of Change by the White House and received the Ingenuity Award in Social Progress from the Smithsonian Institute. 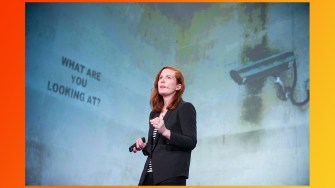 Kate Crawford is an Australian author and thought leader on the social impacts of AI and machine learning – something we should all be paying more attention to. Her argument for banning the use of facial recognition technology, at least for now, is very compelling.

She wrote in The Wall Street Journal, “Today’s AI is extraordinarily powerful when it comes to detecting patterns but lacks social and contextual awareness. It’s a minor issue when it comes to targeted Instagram advertising but a far more serious one if AI is deciding who gets a job, what political news you read or who gets out of jail.”

Crawford helped pioneer the AI Now Institute, a research institute at NYU, and serves as a senior researcher at Microsoft. Fun fact: she co-founded a record label and was previously part of an electronic music duo that released three albums. 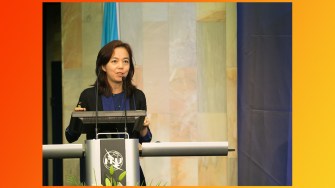 A pioneer of artificial intelligence with an impressive Twitter following, Dr. Fei-Fei Li is another one of today’s most influential women in technology. Dr. Li was born in Beijing, China and moved to the U.S. with her mother when she was 16. She studied physics at Princeton and went on to receive a Ph.D. in electrical engineering from Caltech.

The Stanford professor co-founded AI4ALL, a nonprofit aimed at improving diversity in the field of AI. But she’s most known for her work on the ImageNet project, a database of over 15 million images. In layman’s terms, the database helped “train” the first computer to recognize and understand what’s in a picture. In her TED Talk on the project, Dr. Li stated, “Little by little, we’re giving sight to the machines. First, we teach them to see. Then, they help us to see better.” 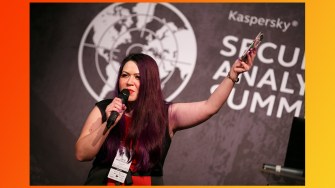 While her childhood friends played with Barbie dolls, Katie Moussouris spent most of her time learning how to program on a Commodore 64 that her mom gave her in the third grade. She was the first female in her high school to take AP Computer Science, and around that time she developed an interest in hacking.

Moussouris chose to use her hacking chops for good and eventually became a pioneer of cybersecurity. She now helps businesses and government agencies defend themselves against digital threats. Her portfolio includes work for the U.S. Department of Defense and Microsoft. But the real reason she made it on our list of the top women in tech? One of her life goals is “to help make the internet safer for everyone.” For that, we thank you, Katie. 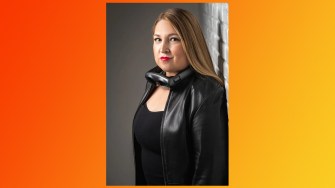 Next on our list of the top women in tech is Cathy Hackl. Hackl is best known for being one of LinkedIn’s Top Tech Voices and the host of the Future Insiders podcast, where she keeps listeners in the know about emerging technologies that could change the world as we know it, such as 6G and smart contact lenses.

Hackl is also a world-renowned speaker and influencer who tweets often about all things tech, with a focus on augmented and virtual reality. As if she couldn’t get any cooler, she’s the brains behind the world’s first holographic press release, and has worked with brands like UPS and HTC on how to best leverage AR and VR technologies. 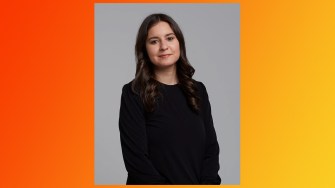 Joanna Stern is an award-winning journalist with a refreshing take on consumer technology, best known for her column at The Wall Street Journal. Stern was a founding member of The Verge who built their product review program from the ground up. You may have seen her discussing the latest tech news on CNBC.

Why we love her? Articles like this one that offer her bold perspective and helpful advice on the smartest ways to use modern tech. In it, she advises consumers to ditch Google Chrome, calling the popular web browser: “RAM hoovering, battery draining and privacy disregarding.” Follow Stern on Twitter to stay informed (and entertained – she’s quite hilarious).

After combing through the top tech companies, academic institutions, and nonprofit organizations, we’ve selected each of these female powerhouses because of their contributions to the fields of AI, virtual reality, cybersecurity, and others, as well as their work to advance the inclusion of women in tech. Above all, these uber-talented and inspiring leaders give us hope for a better tomorrow.

Children know what makes a leader more than some adults

Even kids get that a real leader puts others' interests first.