When New York University decided to close its classrooms back in March 2020, students were not sure how to feel. While most were more than willing to help check the spread of COVID-19, many worried that remote instruction would fall short of their standard tuition rates, which remain among the highest in the country.

These concerns were especially prevalent among film production majors, who require access to expensive tools like cameras, lights, and microphones, as well as in-person instruction to learn their complicated crafts. These resources raise the university’s average cost of attendance for undergraduates from $56,500 to $62,062 a year.

With equipment stashed away inside campus vaults and glitchy Zoom meetings complicating the already herculean task of teaching someone how to set up a Dolly shot when they are half a world away, it did not take long before reimbursement requests started flooding the email accounts of faculty administrators.

Initially, inquiries into possible refunds were met with a performance. Reminding students that the institution itself was bleeding, too, Tisch School of the Arts Dean Allyson Green shared a recording of herself dancing to “Losing my Religion” along with the message that “great art will be made of this time, just as it has in times past.”

Pandemic or not, film school has always had a tough time justifying its own existence. Aside from the fact that film school is as expensive as filmmaking itself, many famous directors — from Martin Scorsese to Quentin Tarantino — never went to film school and instead stand by the idea that creativity cannot be taught in a classroom.

Though passionate creatives find a way regardless of the hand they were dealt, these past two years have prompted students, schools, and employers to take a closer look at the potential of remote learning, and aspiring filmmakers found that YouTube offers many options for learning screenwriting, cinematography, and editing. All for free.

If you want to receive an undergraduate degree from NYU’s Kanbar Institute of Film and Television, which The Hollywood Reporter ranked as the second-best program of its kind in America, you would need to complete coursework in three categories: production, writing, and history and criticism, the last of which roughly translates to cinema studies.

Let’s start with cinema studies because these lecture-based courses easily lend themselves to online alternatives. Obviously, you will need to watch a lot of movies and TV if you want to become a filmmaker — not just contemporary hits but classics as well, preferably from all around the world rather than just the bowels of Hollywood.

When composing a watch list, students should look for authoritative sources. These include rankings from respected organizations like the British Film Institute, Writers Guild of America, and the Directors Guild of America, not to mention esteemed trade publications such asFilm Comment andCahiers du Cinéma.

While these listmakers are highly respected within the industry, they also form part of an outdated film establishment. For more culturally diverse selections, look no further than the YouTube channel Cinefix, which uploads encyclopedic overviews of the most original, most beautiful, and most groundbreaking films.

If watching great movies constitutes the first part of cinema studies, figuring out what makes them so great must be the second. As far as independent content creators go, filmmakers Taylor Ramos and Tony Zhou are without a doubt the most skilled and eloquent film instructors you will be able to find on the internet.

With over 28 videos ranging from the ways in which Hong Kong stuntman Jackie Chan choreographs action scenes to Buster Keaton’s influence on visual comedy, their popular YouTube channel Every Frame a Painting provides a crash course in editing, cinematography, sound design, and much, much more. 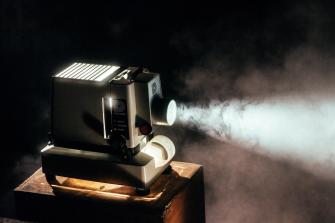 Up next is writing, which is tougher to teach as every writer has their own near-religious notions of what a proper story should look like. If Charlie Kaufman’s self-referential film Adaptation taught us anything, it is that screenwriters should not blindly follow the dictates of imposing Hollywood script gurus like Robert McKee.

In truth, they would be better off listening to advice from the soft-spoken Michael Tucker, whose channel Lessons From the Screenplay (LFTS) breaks down the framework behind Adaptation, Inglourious Basterds, Get Out, and other films better than stone-cold writing manuals like McKee’s Story ever could.

There are actually quite a lot of narrative focused video essayists worth checking out, if only for their different tastes and perspectives. Aside from LFTS, you also have Just Write, Hello Future Me, Nando v Movies and Nerdwriter1, each of which analyzes noteworthy films of all kinds, from hidden gems to action blockbusters.

As helpful as these channels may be, however, the majority of them are owned and operated by people who have spent their careers critiquing movies rather than actually writing them. To that end, the most valuable channel of all may just be the least known one: an up-and-coming channel called Behind the Curtain.

The premise is simple: rather than relying on commentary from story analysts, this channel sifts the internet to piece together the profoundest tidbits of advice uttered by some of the industry’s finest filmmakers, from Vince Giligan and Aaron Sorken to Christopher Nolan and the Safdie Brothers.

While reviewing films and writing screenplays can easily be done alone at home, getting familiar with industry equipment cannot. For this reason, production and post-production are the most difficult subjects to teach online. Still, despite the many challenges involved, YouTubers have found ways to make it work.

Whether you are trying to do something as simple as changing a lightbulb or as complicated as building your own personal nuclear reactor, chances are someone somewhere has uploaded a YouTube video showing you exactly how to do it, and the core components of filmmaking are no exception to this unwritten rule.

Where Aputure and Grip Tips offer tutorials for individual lights and camera models, Hurlbut Academy and The Slanted Lens show viewers how to incorporate these tools into particular set layouts. Deity Microphones is a great source for everything sound related, from best positions to hold a boom pole to how to mic a moving car.

Once you have learned to jump, it is time to fly. Channels like wolfcrow and Shutterstock explain how some of the techniques analyzed by the aforementioned content creators can be implemented using combinations of equipment. Along the way, Indy Mogul discusses tricks to keep your productions cheap as well as efficient.

Inside the editing room, footage shot on set is broken down and reassembled. Before aspiring filmmakers are able to play with their images, however, they will have to learn how to use a number of complicated software applications. While this may seem like an insurmountable task at first, it is nothing a simple step-by-step guide cannot fix.

The entertainment industry uses hundreds of applications, and whatever combination of them you end up using depends on the niche in which you establish yourself. That said, two of the most widely used for post-production jobs are Adobe Premiere (used to edit films) and After Effects (used to add, well, aftereffects).

As far as Premiere tutorials go, you cannot get more detailed than that of Justin Odisho, whose playlists consist of nearly 290 videos, taking young editors from basic concepts to advanced methods. YouTuber SonduckFilm does the same thing but for After Effects, across a whopping 440 separate installments no less.

Once you have watched each and every one of these YouTubers, you will inevitably come face to face with the question, “What’s next?” As informative as the internet can be, it often enables us to procrastinate. When trying to learn something off YouTube, therefore, it is paramount that you do more than just binge watch videos.

Instead of falling down bottomless internet rabbit holes, aspiring filmmakers should go out into the real world and put the knowledge gained from all those content creators to the test. Around the country, film festivals offer opportunities for struggling artists to display their work and build their resume.

Aside from festivals, government agencies, nonprofit organizations, creative fellowships, and development labs offer funds and resources that give people the extra push they need to finish that script that they have been working on or secure funding for that production they have been meaning to organize.

The second question — whether it is worth putting yourself through film school — is a lot more difficult to answer, especially since the events of 2020 have breathed new life into the discussion. Will checking out any of these YouTubers turn you into the next George Lucas? Probably not, but a degree from CalArts cannot guarantee it either.

In a similar vein, I do not argue that applying to film school months after the zenith of a global pandemic is a poor decision to make. Rather, I want to show aspiring filmmakers that they do not have to go through formal and expensive programs to pursue their passion.

Alexa and her friends know you all too well

But does Amazon know when you’re tired or hungry?
Health

What is monkeypox? A microbiologist explains

What you need to know about this smallpox cousin.
The Present

Geopolitics is not a magic 8-ball. But making financial decisions — such as those regarding retirement — in a multipolar world without geopolitics is akin to flying blind in a storm.
The Present

Could Russia’s plan actually destroy demand for natural gas?
Up Next
Starts With A Bang