Met with a sigh of relief from feminist spheres of the internet, it was recently announced that the reign of Victoria’s Secret fashion show has come to an end.

The show — famous for parading supermodels around in gemstone-encrusted panties, plaid push-up bras, stiletto heels, and giant feathery angel wings — has been canceled according to Victoria’s Secret’s parent company L Brands. And it might be the nail in the coffin to an archaic, androcentric definition of “sexy.” 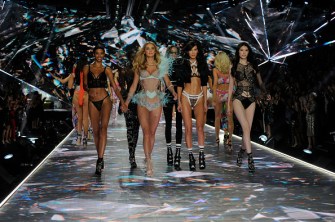 The Fall of Victoria’s Secret

L Brands said that it wants to “evolve the marketing” of the Victoria’s Secret brand, named after the Victorian-era in England.

The show began in 1995 as a marketing tour de force, with more than 12 million people tuning into the show in 1995. But the viewership has plummeted over the past five years, with only 3.3 million viewers in 2018 — half the viewers of 2016 — and its worst broadcast ratings ever. The decline in viewers has reflected the recent failure of company sales. Although Victoria’s Secret is still America’s leading lingerie brand, between 2016 and 2018 its market share dropped from 33 percent to 24 percent in the U.S., and the retailer’s sales dropped 7 percent during the latest quarter compared to the same period last year.

CEO Les Wexner said that the company no longer thought network television was the right fit, and that it would shift its focus on digital marketing. But the shift in the viewer’s preferred content platforms likely isn’t the biggest reason for the shortfalls of the brand. Rather it’s been its failure to keep up with social shifts that have, arguably, changed the essence of what Victoria’s Secret sells: sexy.

Over the last few years a feminist wave has disoriented old marketing tactics. The #MeToo movement shamed inappropriate voyeurism, and body positivity reforms have vocalized the idea that sexuality should be available to bodies outside of the restrictive parameters set by fashion institutions. Victoria’s Secret has not aged well in this new era of activism.

There was a damning Vogue interview with the engineers of the lingerie brand, Ed Razek and Monica Mitro, during which Razek said that the brand would not include transgender models because, he implied, it would be in conflict with with the “fantasy” that Victoria’s Secret sells, and that no one had any interest in plus-sized models. (Razek soon resigned.) Then there was the unveiling of Wexner’s close ties with the deceased sex criminal Jeffery Epstein, who served as the CEO’s personal financial advisor.

This was, to say the very least, a terrible look. 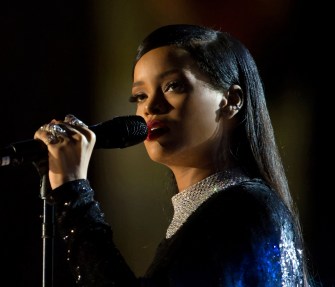 Victoria’s Secret has always been voyeuristic. Essentially, it’s been a lingerie store created by men, selling products to women that cater to the appetites of straight males. It’s pretty much packaged and sold the same look for the past 24 years: Ultra lean, long legged, tall, and conventionally beautiful. Any efforts to diversify the models have been limited.

Feminist demands have given birth to body-positive brands such as Aerie, ThirdLove, and Universal Studios with sizes ranging from 00 to 40. But nothing has directly stepped forward to challenge Victoria’s Secret in the way that Rihanna’s brand Savage X Fenty has.The Savage X Fenty Show debuted in New York City the September of 2018 and enjoyed rave reviews. An Anti-Victoria’s Secret, it presented an unruly, dark, and assertive feminine sexuality — with a clear point of view dedicated to inclusivity. During the show pregnant, trans, disabled, and fat models swaggered down the runway in skimpy lingerie alongside mainstream supermodels. Rihanna toldThe New York Times that the concept was about mixing the conventional with what she hopes is the future of fashion. That is, women being celebrated in all their forms.

Commodifying of Female Bodies Is Out

From its beginning, Victoria’s Secret has bet on the age-old marketing tactic of selling women a “perfect body.” Since the advent of the fashion industry, the female body has been dissected and commodified to promote new feminine ideals for sales. In the 1910s that ideal was a tiny waist and thick thighs, in the ’20s it was being rail thin with a flat chest and butt. In the ’30s and ’40s it was an hour-glass figure with military shoulders. In the ’30s through the ’50s weight-gain supplements were pushed because voluptuous curves with big breasts were desirable. Thin was back in during the ’60s and ’70s, and waists were to be narrow and boyish.

Long legs and a muscular physiques epitomized the ’80s market trends paralleling the fitness frenzy, while the sickly boney appearance dubbed “heroin chic” trended in the ’90s. It was the 2000s when the lean, toned Victoria’s Secret look dominated runways. More recently, starting in the early 2010s, women have been told to strive for everything from thigh gaps to “Toblerone tunnels” to an internet-breaking booty.

Perhaps we’re finally seeing a dismissal of the absurdity of a group of (probably male) somebodies, somewhere, deciding what body shapes are sexy decade to decade. Victoria’s Secret and its plummeting financial standing is indicative of a changing tide in what “sexy,” as it pertains to female bodies, is. Rather than showcase bodies that are tailored to designers’ construction of the male gaze, Rihanna’s brand, along with others, celebrates feminine sexiness as a somatic way of being.

They may just be lingerie brands and fashion shows, but the euphoric responses to Savage X Fenty and other body inclusive brands, as opposed to Victoria’s Secret’s cancelled show, tells us something is happening. What is sexy becoming, then? Rather than a commodified body-type that women are told to strive for, it’s a reveling that feminine sexuality is without limits — it’s available to anybody and every body.

Tags
artfashionfeminismgenderhuman bodySexsocietywomen
In this article
artfashionfeminismgenderhuman bodySexsocietywomen
Related
Health
The scientific highs and lows of cannibinoids
Hundreds of these cannabis-related chemicals now exist, both natural and synthetic, inspiring researchers in search of medical breakthroughs.
Health
How saliva changes the flavor of food
“It’s a liquid, but it’s not just a liquid.”
High Culture
Did Paul Cézanne hide an early self-portrait underneath a 160-year-old still life?
To answer that question, we may have to figure out when the famed painter started to go bald.
Thinking
Creative wisdom from Rick Rubin: Embrace your inner gatekeeper
Unlock the full potential of your creativity with holistic detachment. This is the way of the editor.
Health
New blood types are often discovered following medical disasters
New blood types are regularly discovered by an unusual absence or an unusual presence — both of which can result in tragedy.
Up Next
Hard Science
10 great physics courses you can take online right now, for free
Here are 10 physics courses you can take now with some of the best experts in the world.