First of all, it’s not just a few loners on the internet—prior research indicates that half the American public believes in at least one conspiracy theory in any given year.

Political scientists Eric Oliver and Thomas Wood, who studied the subject, defined a conspiracy theory as “an explanation that makes reference to hidden, malevolent forces seeking to advance some nefarious aim.” A conspiracy theory does not have to be untrue, but it is sure to contradict the usual, popularly-accepted version of the same event or phenomena.

Some have viewed conspiracy theories as a particular affectation of the American right, with President Trump being both a proponent and target of a number of conspiracy theories. Historian Richard J. Hofstadter’s influential essay “The Paranoid Style in American Politics” described a paranoid strain that runs through the thinking of far right politicians in America’s history that can be still discerned today. This approach views all of history as a “vast and sinister” conspiracy of sorts, whose “gigantic and yet subtle machinery of influence set in motion to undermine and destroy a way of life”. This rather apocalyptic way of belief sees the world in constant turmoil, where only the one who understands the conspiracy can defend the attacked way of life, destroy the enemy and save humanity.

Modern researchers, however, challenge the view that conspiracies are an exclusively rightwing feature, seeing such theories as a kind of magical thinking that allows people from all walks of life and political persuasions to cope with complex emotions, often brought on by an inexplicable event.

Certainly, in the wake of President Trump’s victory, there’s been no shortage of conspiracy theories that sprang up on the left. Such an occasion can trigger people to look for patterns, to make sense of an emotional upheaval. But the mental shortcuts that we use when searching for patterns (called heuristics) can often find relationships between things and events that aren’t necessarily there. An explanation that includes such heuristics can feel very compelling and emotionally satisfying.

The view that people believe in conspiracies when they feel a lack of control was studied by Professor Galinsky:

“The less control people have over their lives, the more likely they are to try and regain control through mental gymnastics,” explained Galinsky. “Feelings of control are so important to people that a lack of control is inherently threatening. While some misperceptions can be bad or lead one astray, they’re extremely common and most likely satisfy a deep and enduring psychological need.”

This understanding can also lead to a strategy for combatting conspiracy theories, as studied by the Dutch researcher Jan-Willem van Prooijen.

“We found that if you give people a feeling of control, then they are less inclined to believe those conspiracy theories,” said van Prooijen. “Giving people a sense of control can make them less suspicious over governmental operations.“

Another recent theory posed by researchers actually sees conspiracy talk as a way to bolster the status quo. Potential existence of conspiracies can allow people to have a positive feeling about the society they live in when that social system is threatened. This way if something happens that is out of line with their views (like the election of Donald Trump was for many), people can blame a few bad apples instead of coming to feel like their whole country is against them. Although Russia’s interference in the United States 2016 presidential election is proving to be true—a conspiracy that may soon enter history as fact.

Here are some of the most common conspiracy theories of the recent past:

1. Secret Group Controlling World – this conspiracy proposes that a secret group called the Iluminati has been really controlling the world and is looking to create a one world government. Their end-goal is supposedly to create the New World Order, which will dissolve national boundaries and people’s identities, while allowing for total authoritarian control.

A version of this theory also sees other groups in a similar position of world domination – the Freemasons, the Jewish people, the Bilderberg Group or the “globalists” that are often invoked in rightwing media outlets like Alex Jones and Breitbart News. President Trump himself mentions “globalists” and invokes fighting against insidious “elites” as a battle cry for his base.

2. President Obama Wasn’t Born in the U.S. and May Be a Secret Muslim – this untrue proposition was famously championed on Twitter and elsewhere by the current President Donald Trump. The theory that Barack Obama was actually born in Kenya and is not a natural-born citizen (and thus ineligible for U.S. Presidency) was used to delegitimize President Obama.

Despite Obama producing a long-form birth certificate to placate the doubters, showing that he was born in Hawaii to a Kenyan father and an American mother, 72% of Republicans in a 2016 NBC News/SurveyMonkey poll still expressed skepticism about the President’s place of birth. 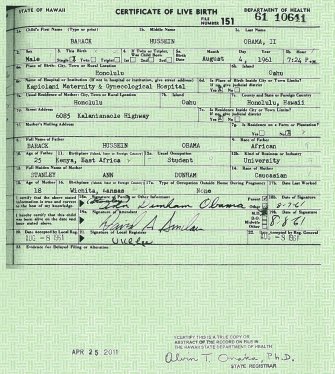 Another aspect of this conspiracy alleges that Obama is actually a Muslim, although he is a very well-documented Christian. This idea is fueled by Obama living with his Muslim father as a baby and speaks to the anti-Muslim fears stoked by politicians and talkshow hosts.

3. The Attacks on 9/11 Were an Inside Job – a community of “truthers” has emerged around the idea that the terrorist attacks on 9/11 were actually orchestrated by the U.S. government, stemming from the White House itself. They believe the Bush administration had advanced knowledge of the attacks and allowed them to happen so they could invade Iraq and advance their agenda.

The “truthers” claim that jet fuel from the planes was not enough to melt the steel beams of the World Trade Center towers, which were actually brought down by a controlled demolition.

This theory was, of course, widely debunked but continues to live on. One reason for the idea’s longevity is that historical facts did prove that the war in Iraq was justified using incorrect information about the supposed existence of weapons of mass destruction.

4. Lizard People aka “Reptilians” Are Running the World – this is a very sci-fi, Hollywood variation on secret groups controlling us, famously championed by David Icke, a professional conspiracy theorist from Britain, who is also a big player in the “truther” movement. The idea also has support from 12 million Americans, according to a 2013 national survey.

What they believe is that the top echelon of our government is actually controlled by shape-shifting reptilian aliens, who have been lording power over humans to make them into mindless slaves for their own purposes. 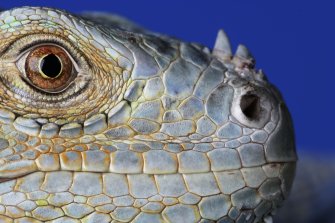 51% of Americans believed that there was a conspiracy behind the assassination of President John F. Kennedy in a large national survey in 2013. The popularity of this particular theory stems from the horrific murder in 1963 of President Kennedy and the subsequent lack of a clear, satisfying explanation for who was really behind it.

While the shooter Lee Harvey Oswald got the official blame, parties as divergent as the CIA, KGB, or the mob have been implicated in the public consciousness. The particulars of the theory focus on analyzing whether there was just one gunman and if more shots were fired than officially claimed. 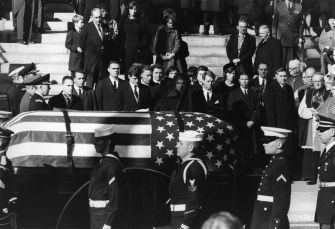 6. Aliens Are Contacting Us – a variety of events come under the rubric of beliefs in alien contact. Among these are mysteries like the alleged 1947 crash of a flying saucer in Roswell, New Mexico. The ensuing government coverup of that incident supposedly links to Area 51, a top-secret military base where experimental research is carried out, giving rise to rumors that the studies are actually on aliens and their technology. 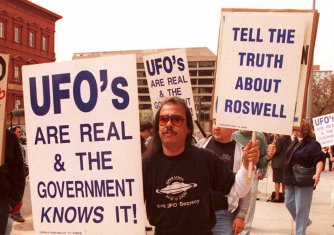 A group of protestors march in front of the General Accounting Office (GAO) 29 March to raise awareness about an examination being conducted by the GAO for documents about a weather balloon crash at Roswell, N.M. in 1947. The protestors believe the balloon was a crashed UFO.(Photo credit: JOSHUA ROBERTS/AFP/Getty Images)

Believing in UFOs is definitely one of the most widespread alternative beliefs, with ongoing explorations of the topic in cultural products and a steady stream of first-person claims that are spread through the Internet.

7. The Moon Landing Was Faked – one of the most significant scientific and political achievements of the last century, landing on the moon, often comes under attack. 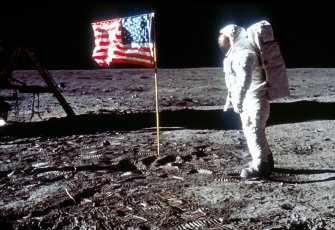 Photo: Astronaut Edwin ‘Buzz’ Aldrin poses next to the U.S. flag July 20, 1969 on the moon during the Apollo 11 mission. (Photo by NASA/Liaison)

Some people believe that the landing did not happen and its appearance was orchestrated by NASA/American government as part of the Cold War, to raise national pride and one up the arch-rival Soviet Union.

Supporters of the idea point to such things as the flag appearing to move in photos from the moon, something that should not happen as there is no wind in space. This was disproved by pointing out that the flag only appears to move during the moment of unfurling, something which would happen even without wind.

A variation of this theory even goes so far as to say that the famous film director Stanley Kubrick was the creative mastermind of the fake footage of the landing.

8. FDA is Withholding the Cure for Cancer – this idea maintains that the FDA and Big Pharmaactually figured out how to cure cancer a while back, but are not making the medicine available. While Big Pharma has not made itself many friends among the public, there is no evidence that such a vast conspiracy is possible as it would require the participation of thousands if not millions of people in both for-profit and non-profit sectors. It makes more sense that selling the cure would actually make more money. It’s also hard to believe that these evil medical professionals would not use the cures on themselves and their families, a fact that would likely come to light eventually.

9. Chemtrails – another conspiracy theory mainstay, this idea says that the trails you can spot in the sky behind planes are actually “chemtrails” – some kind of chemical sprayed by the government to control the population. Of course, the trails are just “contrails,” created by the combination of vapor from the plane’s engine combined with low temperatures at high altitudes. 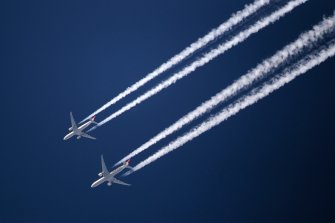 Photo: Two commercial airliners appear to fly close together as the pass over London on March 12, 2012 in London, England. (Photo by Dan Kitwood/Getty Images)

10. The Holocaust Did Not Happen – you would think there’s no doubting a well-documented historical fact of 6 million Jews being exterminated by German Nazis in the recent past, supported by thousands of photos, films and first-hand accounts, but there are some people who believe the Holocaust did not happen. 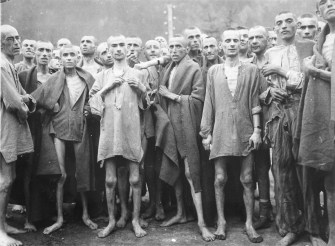 Photo: Starved prisoners, nearly dead from hunger, pose in concentration camp May 7, 1945 in Ebensee, Austria. The camp was reputedly used for ‘scientific’ experiments. (Courtesy of the National Archives/Newsmakers)

Only about 54% of the world’s population has heard of the Holocaust, according to a large 100-country survey by the Anti-Defamation League. And only a third of those who’ve heard of it believe the Holocaust is portrayed correctly. 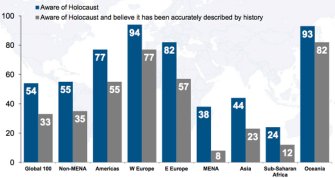 Given political realities, it’s not a surprise that only 8% of responders in the Middle East heard of the Holocaust and believed its description was true.

Sigmund Freud developed the decidedly unscientific principles of psychoanalysis in a time when most psychologists were trying to join the ranks of chemists and medical doctors.
Up Next
Surprising Science

Bees Have Emotions and Moods. But Do They Have Feelings and Consciousness?

The beloved honeybee has more in common with vertebrates that anyone thought.