There is an opioid crisis in the United States. About 48,000 Americans died of opioid overdoes in 2017, an average of 130 per day. This is more than the number of car crash victims for that year or the number of soldiers killed in action in Vietnam. This incredible number of overdose deaths is a key part of the recent decline in the life expectancy of Americans.

These deaths must be viewed alongside the costs of addiction. Since 2001, the total economic cost to the United States has been in the area of $1 trillion dollars. These costs include lowered productivity, health care costs, and the costs of legal services.

Death and the destruction of lives alone don’t show the total damage done, however. The pain of addiction is unmeasurable. The strain that it puts on friends, family, and loved ones cannot be measured but is every bit as real as dry economic data.

The problem of how to prevent opioid addiction and how to treat the people who suffer from it will factor into the next presidential election. Knowing this, several of the presidential candidates have offered policy proposals on the subject. Here, we break down those proposals.

The candidates and their plans

I’ll start by saying that I did try to find the proposals of every single candidate running for the Democratic and Republican nomination. In some cases, their plans were easy to find, in others proposals were well hidden or even had to be scrapped together from previous statements.

Not everybody has much of a plan or got back to an email asking for more information. Take that as you will, I’m just glad I didn’t have to write up proposals from all two-dozen plus people. We’re not out to support the candidates we like best and smother all the others, the people on this list just put enough work in to make our job doable. 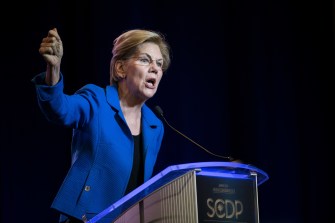 Perhaps the most comprehensive, most thought out plan belongs to Elizabeth Warren. Her plan is characteristically wonky, extensive, broad-scoped, and at least partly integrated with her myriad of other policy proposals.

Her plan, dubbed the CARE Act and based on the similarly named federal program to fight HIV/AIDS in the 1990s, would pledge 100 billion dollars to the crisis over the next ten years. According to her article on the plan, the yearly breakdown includes:

This breakdown is designed to cover all aspects of care, from preventing addiction to harm reduction to long term support to keep people clean. It includes proposals to increase the number of treatment centers and to keep the standards of treatment high through targeted funding. All of this would be paid for through her proposed wealth tax.

She also calls for criminal investigations into the companies that produce and push opioid painkillers as part of other reform proposals centering on corporate structures. 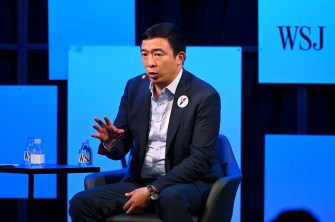 The Wall Street Journal’s Future Of Everything Festival

The darling of some strange parts of the internet, Andrew Yang has risen to strange sort of fame on the back of his universal basic income plan that he dubs the “Freedom Dividend.” His plan to face the opioid crisis is also extensively thought out. The highlights of the plan on his website include:

It would be financed with a retroactive tax on the drug companies that manufacture opioid painkillers. This plan, while similar to Elizabeth Warren’s in many ways, differs in a few key areas. It also seems to rely more on trying to cut down on the prescription of the pills than other plans, as it includes several proposals to cut down on how many people can prescribe such drugs at all.

It also focuses attention on the importation of opioids and proposes ways to reduce it. Most substantially, he recommends leveraging continued Chinese access to American markets as a way to force China to crack down on the amount of heroin and fentanyl that is sent to the United States. 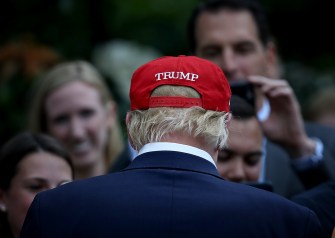 The Trump administration has made some effort to fight the crisis over the last three years. The advances made listed on the White House Website include:

The battle is far from over, but some concrete progress has been made. As the Trump campaign has only officially started for 2020, they have yet to release any new proposals. However, the above actions can serve as a benchmark against which to measure new plans. 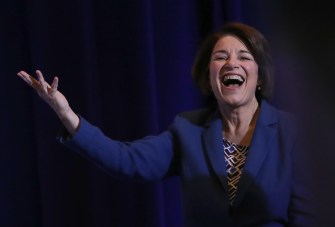 A senator from Minnesota who is making a run for the middle lane of the Democratic primary. Senator Klobuchar has released a proposal to tackle both mental health and addiction treatment issues in one stroke, though some of the details seem a bit fuzzy. The highlights of her plan are:

This will be paid for in part by a tax on the sale of new opioid painkillers that scales to how much active ingredient is in each pill. The scale of her plan is similar to Elizabeth Warren’s and comes at the cost of $100 billion dollars.

Her plan has the advantage of being based in part on several other proposals that have already been introduced in Congress. There are also many points not included here that focus on helping those with other drug issues and mental health problems which are worth your consideration. 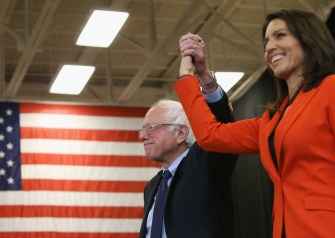 The self-described democratic socialist candidate from Vermont and the Hawaiian representative Tulsi Gabbard both cosponsored a bill to tackle the issue last year. Their plan, dubbed The Opioid Crisis Accountability Act of 2018, focuses on holding pharmaceutical companies responsible for over-prescription of the drugs.

According to Tulsi Gabbard’s website, highlights of this bill include:

This bill is from last year, and both of the candidates have spoken about the opioid issue since then. Nothing more recent has been as comprehensive a statement as this bill, however. 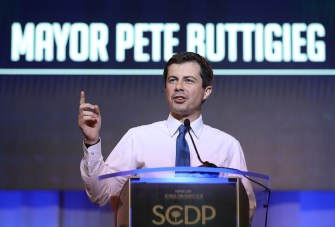 The youngest candidate in the race, Buttigieg has no major plan but did comment on the topic during his widely viewed TV town hall.

As mayor of South Bend, Indiana Buttigieg filed suit against the opioid manufacturers on the grounds of “deceitful practices around the level of addictiveness of these medications,” and “evidence of trying to push uses that were not appropriate.” He also expanded access to Narcan, the drug that reverses overdoses, during his tenure.

In his Fox News town hall, he expressed his support of:

The opioid crisis is profitable. Blockchain tech can end that.

These are all great, but what do experts on the issue have to say about these plans?

Many experts have argued that only a massive plan maintained for an extended period of time, such as Elizabeth Warren’s ten-year plan or Amy Klobuchar’s and perhaps Andrew Yang’s massive funding increases, would be enough to confront the issue.

Addiction to painkillers is a terrible thing. It, and the various problems it leads to are taking a heavy toll on several parts of the country already ravaged by economic decline. No matter who wins the presidency next year, a solution to the problem will have to be found.

Balancing realism and optimism in a dire situation is a key to success.

Scientology, QAnon, and Heaven’s Gate: why do we seek healing from cults?
▸
with
Jamie Wheal
Up Next
Creativity

Do you work in a high-trust or low-trust organization?

Chairman of JetBlue Joel Peterson considers trust, “smart” trust, a key element in a successful organization. Where there’s trust, a company is free to become a whole greater than the […]